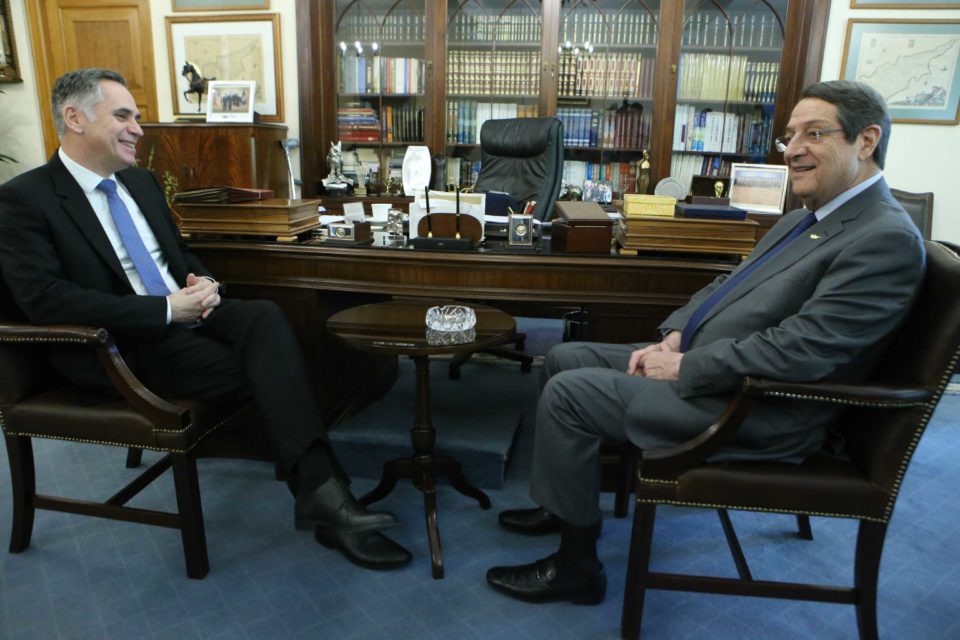 Speaking after the meeting, Papadopoulos told reporters the meeting was part of the president’s regular contacts with party leaders. “I had the chance with the president to discuss the latest developments on the Cyprus problem and also other issues for which he is seeking the support of Diko,” said Papadopoulos.

“There are areas where we agree and others where we disagree. However, we are ready to discuss issues for the good of the country and express our concerns.”

The Diko leader said topics of discussions included the president’s use of a Saudi private jet, the citizenship by investment scheme, public service and other reforms, and corruption in football.

Government Spokesman Kyriakos Kousios said after the meeting the president had raised issues of current affairs with Papadopoulos and that the Diko leader had expressed his concerns.

Slight increase in new loans in Cyprus in 2019