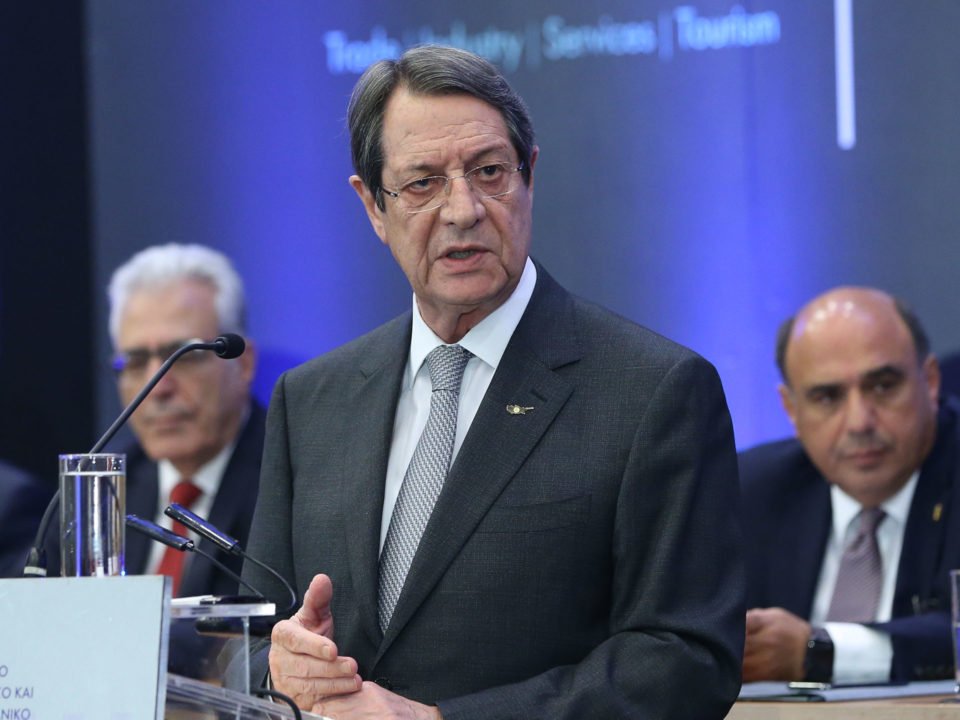 President Anastasiades has called a meeting at the presidential palace on Friday to discuss the allegations of corruption in Cyprus football, it was announced last week. At the meeting he will ask for a full briefing on the situation from Justice Minister Giorgos Savvides and officials of the Cyprus Football Association (CFA).

On Wednesday he will have a meeting with the minister of agriculture, representatives of dairy producers, the chamber of commerce and of other interested parties to decide what should be done about the halloumi PDO (protected designation of origin) file that is currently being examined by the European Commission.

The president seems to enjoy playing the roles of problem solver, facilitator, negotiator, wise man and in general the ‘go to’ individual for any issue troubling our society. In the past he has held presidential palace meetings with militant teaching unions threatening strikes, hospital nurses wanting more money, Tseri Avenue shopkeepers opposing the road improvement works, private doctors complaining about Gesy and many other pressure groups.

Mostly, he gives in to the pressure groups, other times he issues directives and on other occasions he brokers a compromise. Perhaps the reason he likes to call these meetings, which are communications-driven, is to show his decisiveness and cultivate his image as a problem-solver. The main message is that persistent problems and difficult disputes are resolved at the presidential palace thanks to the intervention of the president.

While these meetings are good for the image of the president, they are not very good for the image of our state and our political system because the overriding impression is that they are incapable of tackling problems and providing answers. The president always has to come to the rescue, suggesting by so doing that ministers and the civil service are unable to deal effectively with the policies or problems that have arisen. What is their role if every time a difficult issue appears they go to the president with it?

In the case of the allegations of football corruption, does he not trust the handling of the justice minister and the police? If he does, what is the point of Friday’s meeting? If it is just to be briefed could he not pick up the phone and speak to his minister or ask him to send him a report? In theory, the president should not need to personally become involved in routine matters like these because we have state services to deal with them and presidential appointees, in the form of ministers, to offer guidance.

The president of a country with a well-functioning state machinery and capable ministers does not keep intervening to sort out problems. Anastasiades should consider this.