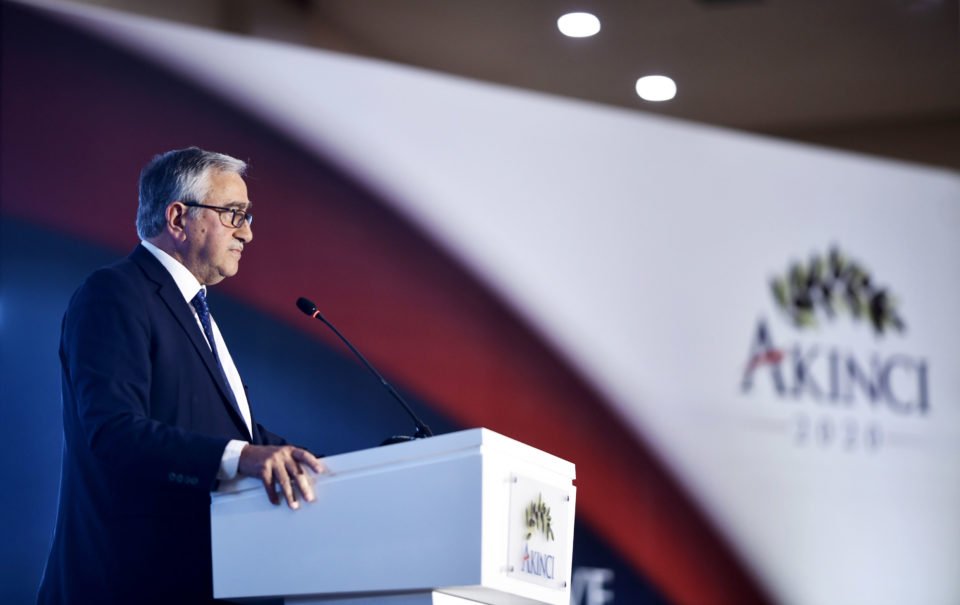 Turkish Cypriot leader Mustafa Akinci has warned that the island faces permanent partition and outlined his hope of reaching a deal under a federal framework.

“We need to hurry up. After all these years we have come to a crossroads, a decisive moment,” he said in an interview with the Guardian on Thursday.

Akinci pressed the point that differences between the two sides were deepening, pushing back any hope for reunification.

The Turkish Cypriot leader said the only way of avoiding such a permanent division would be to unite under a federal roof.

He warned that if this opportunity is missed, the north will grow increasingly dependent on Turkey and will – in time – become for all intents and purposes a de facto Turkish province.

Akinci launched his re-election campaign on Wednesday as an independent candidate, highlighting the core message of his candidacy: independence.

“We can take two roads. We will push for a solution and we will succeed, or we will be drawn into a more dependent structure as part of the north of the island. We do not accept to be a minority of the Greek Cypriots, nor a slave to rulers in Turkey. We want independence and freedom,” he said.

Since the collapse of talks between the two leaders in Crans-Montana in summer 2017, Akinci has highlighted two distinct futures facing the north and Cyprus as a whole.

“It (the division) is becoming more consolidated each year, physically, demographically, economically. It consolidates in the mind of youngsters,” Akinci told the Guardian.

Erdogan hit back saying “(Akinci) should know his limits.”

Akinci reinforced his point however, disagreeing with Turkey’s attitude towards the north as one of “mother and baby”.

“I want independent, brotherly relations,” he told the newspaper.

To achieve this independence, Akinci said, he needs help from the south to make the north’s economy less reliant on Turkey which keeps the lights on.

Akinci bolstered his argument for independence from Turkey, highlighting the Turkish Cypriot’s distinct identity which celebrates secularism, democracy and plurality, the paper said.

There have been complaints in the north that Ankara is undermining the Turkish Cypriot identity through construction of “mega” mosques, opening Koranic schools and removal of evolution from the curriculum – horrifying many secular Turkish Cypriots.

Plant of the week: Leaves of antibiotic root used to treat scurvy

Handmade art in the digital era