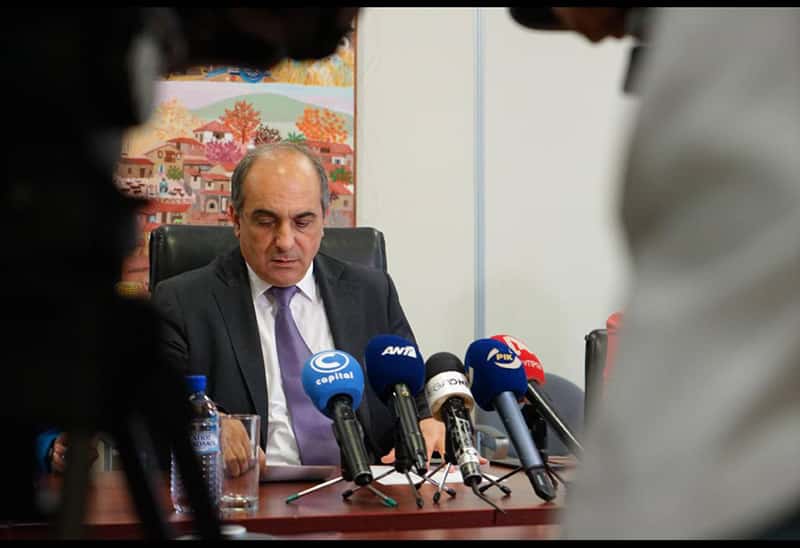 House president Demetris Syllouris was forced to interrupt a meeting of the watchdog committee on Thursday after a war of words broke out between MPs over a list of politically exposed persons (PEPs) with bad debts.

The meeting was attended by Central Bank governor Constantinos Herodotou who was meant to answer questions over the list and its contents, which had become a bone of contention between ruling Disy and Akel.

Syllouris ended the session after a shouting match broke out between Disy MP Costakis Constantinou and Akel’s Irini Charalambides.

The PEP document – marked ‘confidential’ – was first delivered to Syllouris by former Central Bank boss Chrystalla Georghadji in April of 2019 just before she stepped down.

Days later, Syllouris held a courtesy meeting with her successor, Herodotou. During the meeting, Syllouris surprised the governor by handing him back the list and asking the Central Bank to process data held by commercial banks regarding delinquent loans held by PEPs and on possible circumspect debt write-offs.

The names on the list, and their debts, were subsequently leaked to the press.

Koukouma said she had inherited a non-performing loan from her father with a balance of €307,000. On determining that the bank was overcharging on interest, she took up the matter with the financial ombudsman, Pavlos Ioannou

Hearing this, Akel deputy Irini Charalambides directed a question at the financial ombudsman – also attending the session – whether other PEPs had likewise sought arbitration over non-performing loans.

Her question enraged Constantinou, who accused Charalambides of “cannibalising” her parliamentary colleagues.

To which she snapped: “The guilty think all talk is of themselves.”

Coming back, Constantinou told the Akel deputy: “You are too small to judge others…I shall open up so many issues for you that it’ll make your head spin.”

“Are you threatening me?” Charalambides hit back.

At that point Syllouris, who was chairing the session, asked all non-MPs present to step out while tempers cooled.

Before the kerfuffle, the Central Bank governor declined to give specifics about loans held by PEPs, saying regulations prevent him from doing so unless a parliamentary committee formally requests the list in writing.

Herodotou added that, in his view, the list provided by his predecessor had not been subjected to “high-quality processing” and may therefore be misleading if taken at face value.

It is possible that upon closer inspection certain individuals named should not be on the list in the first place.

It was not the Central Bank’s job to determine whether preferential terms were given to politicians in terms of their debts. The Central Bank can only check whether a loan was granted without adequate collateral, he said.

On whether PEPs received preferential treatment, this information can only be gleaned by querying the commercial bank in question and the borrower.

Weighing in, Syllouris said the now-infamous list had been handed over to the president of the House – himself. Because this was irregular – the list should instead have been given to a parliamentary committee – he had decided to return it to the Central Bank.

The list had initially been requested by the House finance committee, but ex-Central Bank chief Georghadji had handed it over to the House president.

Syllouris also cast doubt on the usefulness of the list. Citing one example where an individual was said to hold 80 or even 90 loans, he asked whether this information is credible.

Following Thursday’s drama, the watchdog committee will be revisiting the issue at a subsequent date.

Ruling Disy is proposing that, as a way around the endless back-and-forth between parliament and the Central Bank, a list of bad loans held by PEPs should be given to a foreign audit company to process the data and report back.