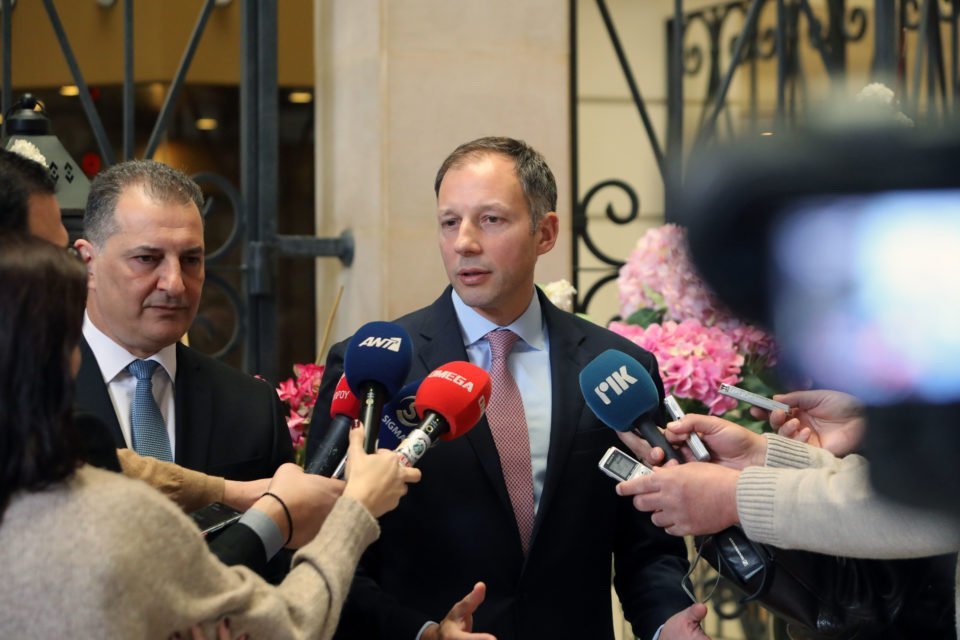 US Assistant Secretary of State for Energy Resources Francis Fannon

In the end, the much-trumpeted visit of the US Assistant Secretary of State for Energy Resources, Francis Fannon did not give the government what it was hoping for – a condemnation of Turkey’s illegal activities in the eastern Mediterranean. Fannon expressed US support for the Republic of Cyprus “to develop its resources in its EEZ” but also brought up the need of Cyprus settlement that would allow the revenues from hydrocarbons to be used for both communities.

In fact, rather than condemn Turkey he urged all parties in the eastern Mediterranean to refrain from provocative actions that could create more instability in the region. It was the same unwillingness to take a stand on Turkey’s violations of the Cypriot EEZ, displayed by the UN Secretary-General that cannot possibly satisfy our government as it implies that Turkey was not only responsible for provocative actions – a tacit acceptance of Turkey’s argument that the Cyprus government had excluded the Turkish Cypriots from its energy plans.

The government was obliged to resort to face-saving gimmicks directed at local public opinion. Foreign Minister Nicos Christodoulides, Cyprus News Agency reported had met Fannon and asked him for the “substantive assistance of the Americans so that the illegal activities of Turkey would stop” as this “activity created tension and instability.” The report only mentioned what Christodoulides had said, but said nothing about how Fannon responded. This is diplomacy for domestic consumption.

The unpalatable truth is that despite recognising the Cyprus Republic’s right to develop its resources, the US, like the UN, believe that the tension and instability would be eliminated when there is a settlement of the Cyprus problem which will also resolve the dispute with Turkey. This is the view of the international community and that of the EU, despite the latter grudgingly adopting some innocuous measures against Turkey to appease a small member state.

Nobody likes to mention these bitter truths, even though the leaders of Akel and Disy indirectly referred to them during Thursday’s televised debate and seemed to be in agreement, provoking critical remarks from the ‘uncompromising’ smaller parties that trade in populism. Unfortunately, the government feels duty-bound to pander to them, which is why it rejected the Turkish government’s proposal, made eight days ago for a moratorium on drilling activities until there was a settlement of the Cyprus problem.

This would have been a face-saving solution for everyone reducing the tension in the eastern Mediterranean that our government is so concerned about, but perhaps also opening the way for talks between Turkey and Greece over their offshore differences. Instead the government justified it rejection by saying it could not give up its sovereign rights. This stance may also be the reason Fannon called on all parties to refrain from provocative actions.

Attempted murder suspect held over for trial next month

No reason to panic about coronavirus, health minister says