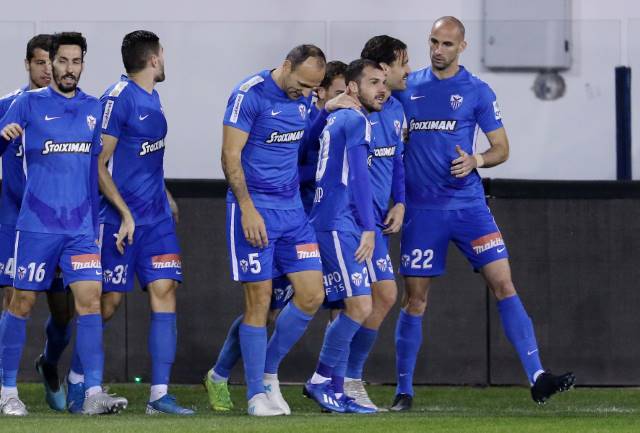 Just four more rounds before the end of the regular season with the top four teams, Anorthosis, Omonia, Apoel and Apollon pulling well clear of the rest as fifth placed AEL is 6 points behind Apollon and a massive 14 behind leaders Anorthosis.

Given the fixtures till the end of the regular season Apoel may also drop out of the reckoning by then as in three of their last four games they are up against top six sides beginning this Saturday away to AEK in Larnaca.

Aek’s Arena stadium has not been a happy hunting ground for the champions since opening in October 2016 as they have suffered five defeats and won just once in eight games.

The current form of Apoel coupled with the fact that they will be without a number of key players does not bode well for the champions. Souza, Alef, Efraim Aloneftis, Mihajlović and winter signing, the Icelandic international, Björn Sigurðarson are all sidelined through injury.

The only positive thing for Apoel’s Norwegian coach Kåre Ingebrigtsen is that the Jordanian international Mousa Al Taamari has passed a late fitness test and should start the game after missing out on his team’s last couple of games.

AEK come to this game on the back of a humiliating 2-1 defeat lowly Enosis.

AEK’s technical director Arnal Conte admitted that his team was poor against Enosis even though he felt that for the first half-hour his team was in complete control but he added ‘for some reason after the half hour we just stopped playing well’.

AEK have a couple of injury concerns of their own but leading marksman and former Apoel player Ivan Trickovski has fully overcome his niggling injury while Garcia and Giannou are also expected to be passed fit.

Abraham and Thandi will not be available for Cypriot coach Elias Charalambous as the former is injured and the latter is suspended.

Leaders Anorthosis face a tricky tie away to Olympiakos, a team that defends in numbers but is always dangerous on the break. However, any result other than an away win will be considered a huge surprise.

Second-placed Omonia have the easiest game of the top teams, at least on paper, as they take on Ethnikos Achnas at the GSP stadium.

A more evenly balanced game will take place in Pafos between Pafos FC and AEL.

Pafos FC are still not out of danger as they are just a couple of points above the relegation zone while AEL need the three points to cement their place in the top six.

Finally this weekend Apollon should have no problems picking up the three points against lowly Enosis Neon Paralimniou.