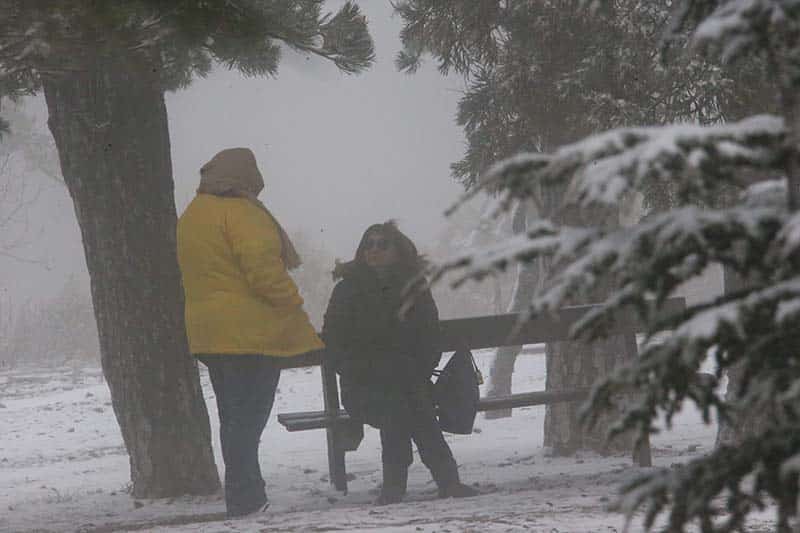 The met office issued a yellow weather alert on Saturday valid until 8am Sunday warning of extremely low temperatures expected on the island overnight.

“The lowest temperature expected will be -9C on the highest Troodos peaks.”
According to the met office, the coldest temperature recorded in the past half century was -12C in Prodromos in 1964.

Earlier Saturday temperatures were around 12C on average but were set to drop to 1C in Nicosia, 3C on the coast as evening approached.

On Sunday temperatures are set to fall even further and well below what is normal for this time of year. Heavy rains and snowfall, not only in Troodos but also in the foothills, are forecast.