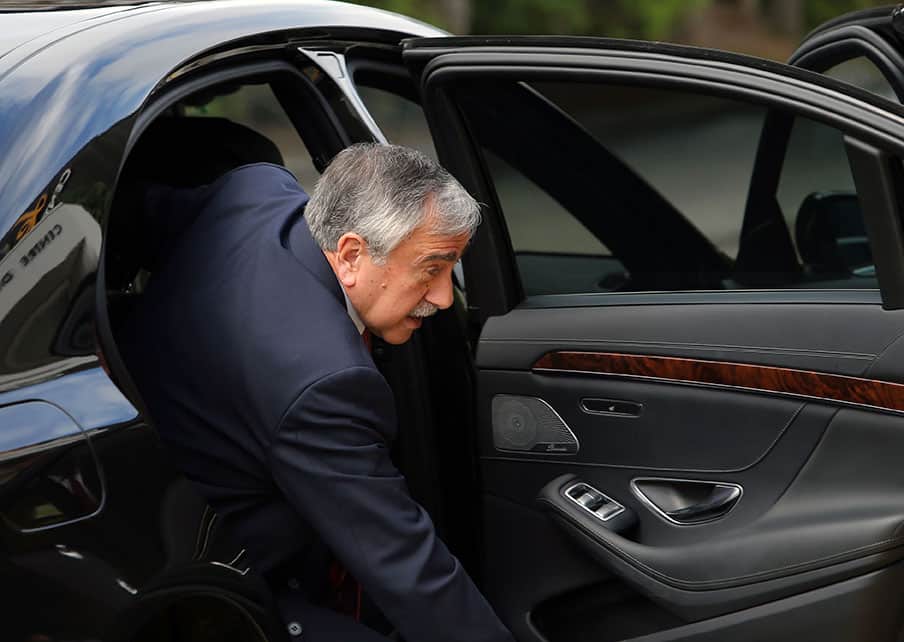 Turkish Cypriot leader Mustafa Akinci said on Sunday that people in the north did not support annexation by Turkey and said the slogan that ‘Cyprus is Turkish’ belonged in the past.

In a written statement hours after his spokesman Baris Burcu issued a statement in his defence following calls for his resignation from Turkey, Akinci said: “The issue is not complicated. It is clear. Turkish Cypriots do not want to become a minority on the Greek Cypriot side or live in permanent dependency on Turkey.”

Turkish Cypriot society does not embrace the possibility of an annexation, he added, and the principle is for the ‘TRNC’ to be transformed into one of the equal constituent states in a federal Cyprus.

“This effort must be supported. Such a Cyprus with its north and south [constituent states]will become Turkey-friendly. This is to everyone’s benefit,” he added.

Akinci said the policy that “Cyprus is Turkish and will remain Turkish” was a 1950s slogan.

“It does not reflect the real situation. There are different communities living in Cyprus and the search for a federal structure in which to live in peace goes on,” he said.

Earlier on Sunday, the Turkish Cypriot side slammed the “fascist and racist” comments by the leader of Turkey’s far-right Nationalist Movement Party (MHP), Devlet Bahceli who criticised Akinci for comments he made to the Guardian earlier in the week.

Akinci had said the Turkish Cypriots would not accept to be a minority of the Greek Cypriots, nor a slave to rulers in Turkey, and that they wanted independence and freedom.

Bahceli on Saturday called on Akinci to resign immediately over the comments. “Akinci and his supporters should not forget that Cyprus is Turkish and will remain Turkish,” Hurriyet quoted Bahceli as saying.

He also accused the Turkish Cypriot leader of “continuously provoking” Turkey’s sensitivities and that he should move to “the Greek part” of the island if he continue his ‘scandalous attitude”.

A written statement on Sunday, Akinci’s spokesman Burcu said Bahceli had spoken in “harsh and offensive language” insulting the Turkish Cypriot leader with a “fascist and racist approach”.

Burcu repeated what Akinci had told the Guardian about not wanting to be either a minority under Greek Cypriots, nor annexed by Turkey but rather were demanding “their rightful position with equality, security, and freedom ensuring their unique character and identity”.

“No one should feel uncomfortable with this position of the Turkish Cypriots and their fair and democratic right,” he added.

Turkey’s ruling AKP party also called on Akinci to apologise on Sunday, spokesman Omer Celik said.
In a post on his twitter account, the AKP spokesman the statements made by Akinci “contain insults” against

Coronavirus: vigilance must not falter