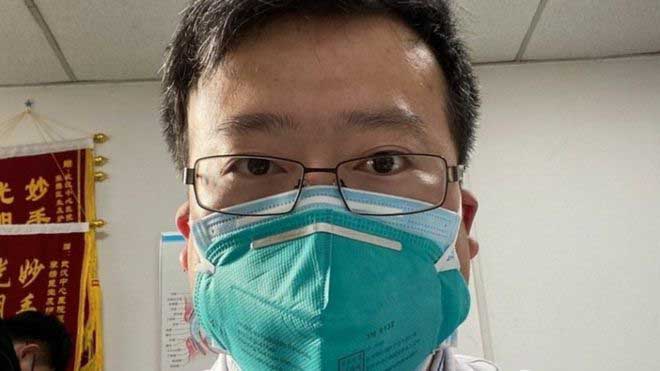 Dr Li Wenliang, the Chinese medical doctor who warned friends and family on social media of the latest outbreak of coronavirus flu in Wuhan City in China and was detained and reprimanded for spreading rumours, died of overexposure to the virus last Thursday.

He died a hero. His heroism went viral – no pun intended – on social media in China and millions of people are furious about the treatment he received for telling the truth.

According to Oscar Wilde life imitates art a lot more than art imitates life and so it is with the way societies react to deadly epidemics. The Plague (La Peste) by Albert Camus is a case in point.

Epidemics like the coronavirus flu in China and the way people react to them are all reflected in The Plague. Here’s a foretaste from the narrator in the novel: “He knew it was plague, but he also knew that were this to be officially admitted the authorities would have to take drastic measures, which was the explanation of his colleagues’ reluctance to face the facts.”

Albert Camus was a French philosopher novelist who won the Nobel Prize for literature in 1957. He died in a car accident in 1960. La Peste is about an imaginary outbreak of plague in the town of Oran in Algeria and is an allegory of the German occupation of France in World War II.

It is also about the absurdity of the human condition, a major preoccupation of the author in two other short novels he wrote: The Outsider (l’ Etranger) in 1942 and The Fall (La Chute) in 1956.

Unlike many of his contemporaries Camus had a good war. He was chief editor of the underground newspaper of the French resistance called Combat, and he took a principled stand against totalitarianism in the Soviet Union after the war.

But it is for his novel about the plague that he is best known. The hero in the novel is Dr Rieux, a medical doctor with a noble soul and preparedness to fight the plague against the odds. Like Dr Li he warns the authorities of the need to face the reality of the outbreak of plague. And continues to tend to patients afflicted by plague oblivious to his own exposure to the disease – like the body-washer of victims of plague in a previous outbreak in Persia who did not succumb to the disease.

Camus introduces the onset of the plague nonchalantly: “When leaving his surgery on the morning of April 12, Dr Rieux felt something soft under his foot. It was a dead rat lying in the middle of the landing. On the spur of the moment he kicked it to one side and, without giving it further thought, continued downstairs. Only when he was stepping into the street did it occur to him that a dead rat had no business to be on his landing.”

Rats contract bubonic plague first. They surface and die before the disease manifests itself in humans. So, Rieux’s encounter with a dead rat was a harbinger of the pestilence to come. It’s funny how war and pestilence are so predictable; yet always take people by surprise!

Camus description of the lifestyle of the inhabitants of Oran before the plague struck is as true today in China – and elsewhere – as it was when Camus was writing. “Our citizens work hard but solely with the object of getting rich. Their chief aim in life is doing business. They do not eschew such simpler pleasures as lovemaking and going to the pictures. But they reserve such past times for Saturday afternoons and Sundays and employ the rest of the week in making money – as much of it as possible.”

But it is the way people and the authorities reacted in Oran that is strikingly similar to the way the people and government in China and elsewhere are reacting to coronavirus flu now. An initial reluctance to face the facts followed by drastic measures, including the quarantining of whole communities and restricting the movement of people until the epidemic lifts, and fear and panic – fear of a killer virus unbound.

As to how individuals can help defeat deadly epidemics Camus recommends vigilance: “a vigilance that must never falter. The good man, the man who does not infect anyone, is the man who has the fewest lapses of attention.” Apparently, wearing a mask is not only for protection but to prevent one from spreading the disease, and that transmission from hand to mouth is the problem, and the reason why frequent handwashing is strongly recommended.

Drastic measures are required to contain the coronavirus flu epidemic and while rest of the world welcomed the draconian steps taken by China to contain the virus, they would have been done earlier in a more open society.

Actually, the measures taken in China are permissible in the more human rights conscious liberal democracies in the West. All fundamental rights to liberty, private and family life, assembly and association, and freedom of expression can be suspended on public health grounds, provided there is a reasonable objective justification and provided suspension is necessary and proportionate. Moreover, in matters of public health states have a huge margin of appreciation.

Not only that but discrimination in the enjoyment of fundamental rights is permissible if differences in treatment can be justified as medical exigencies.

That said, the Chinese ambassador in UK was right to express concern about discrimination against people of Chinese appearance subjected to abuse by members of the public.

Chinese communities in the diaspora need reassurance that such conduct is unlawful discrimination and that racially aggravated abuse is a crime that will not be tolerated.

Not everyone can be expected to possess the equanimity of doctors Li and Rieux but people are expected to behave with common decency, while taking rational precautions to safeguard their health. As Camus puts it “There’s no question of heroism in all this – it’s a matter of common decency. An idea which may make some people smile, but the only means of fighting plague is – common decency.”

Akinci: the policy that ‘Cyprus is Turkish’ is a 1950s slogan (Updated)

FACTBOX-Latest on the coronavirus spreading in China and beyond