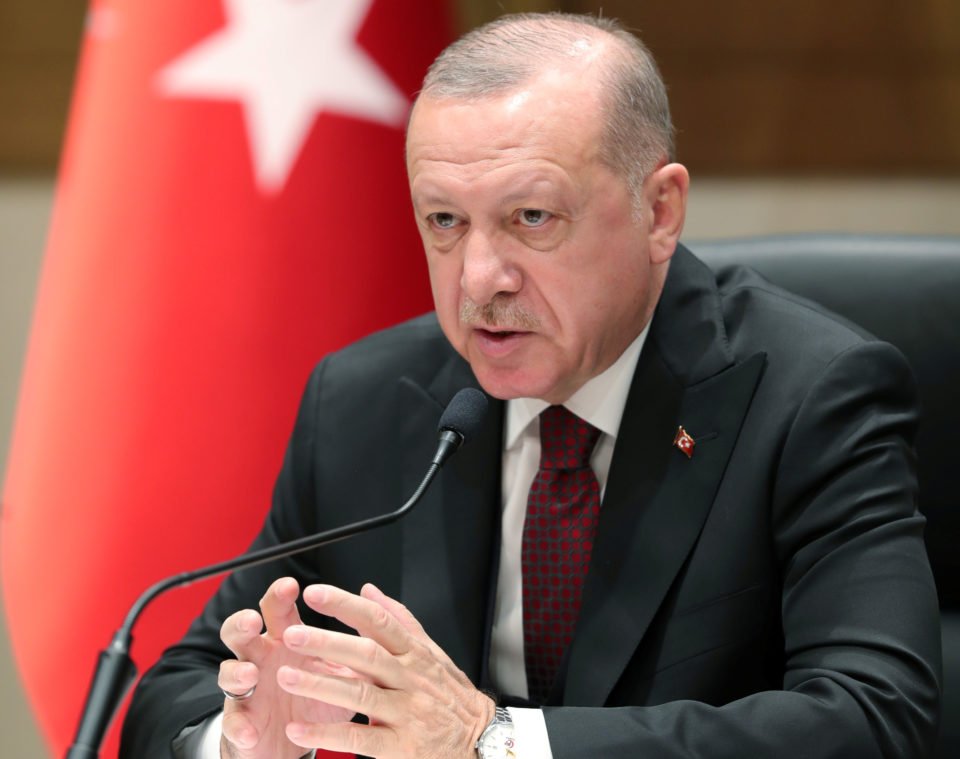 Turkey’s President Recep Tayyip Erdogan is not an ‘Islamist’, in the extreme sense of the word. He doesn’t wear a suicide vest, he doesn’t behead people, he doesn’t even go around holding one finger up in the air to signify his hatred of those who fail to acknowledge the One True God. But he certainly does like the Islamists a lot.

In the heyday of the ‘Islamic State’ in northern Syria and Iraq, it was Erdogan who kept the Turkish border open so that thousands of foreign fighters and their families could go to join that terrorist proto-state, which was a descendant of Osama bin Laden’s original Al-Qaeda organisation.

More recently, he has stationed Turkish troops in Syria’s Idlib province, the one remaining rebel-held part of the country, where Hayat Tahrir al-Sham, another offshoot of Al-Qaeda, subjugated all the other rebel organisations last year and now rules unchallenged.

Unchallenged, that is, except by Syrian army troops backed by Russian airpower who are gradually winning back control on the province in a slow, grinding offensive that last week captured Idlib’s second-biggest city, Maarat an-Numan. So it’s no surprise that the Turkish army in Idlib is now firing directly on Syrian forces.

The story is a bit muddy, with Turkey claiming that four of its soldiers in Idlib were killed by Syrian shellfire on Sunday. But the Turkish government said it had killed 35 Syrian troops in retaliatory fire, and Erdogan added: “Those who question our determination will soon understand they made a mistake.”

He also warned Russia, Syria’s ally, “not to stand in our way.” The Russians will take this seriously, since Erdogan deliberately set up an ambush in 2015 and shot down a Russian plane that strayed into Turkish airspace for only 17 seconds. But Moscow won’t back down, so Erdogan is now playing with the prospect of a shooting war with Syria and Russia.

That would be enough on his plate, you might think, but he is also intervening in the civil war in Libya. He backs the Islamist-dominated government in the capital, Tripoli, against the rebel army led by General Khalifa Haftar that controls most of the country, and he has just sent troops to support it.

The troops are Syrian Arabs, part of the same Islamist puppet army that Erdogan used recently to invade the Kurdish part of Syria. His intervention in Libya puts Turkey into a potential confrontation with France, Egypt and the United Arab Emirates, all of which back Haftar. So does Russia.

Nothing daunted, Erdogan is spouting the same tough-guy rhetoric over Libya: “We will not hesitate to teach a deserved lesson to the putschist Haftar if he continues the attacks on the country’s legitimate administration and our brothers in Libya.” So there’s a few more potential enemies for Turkey. His plate is getting rather full.

But Erdogan’s not finished yet. He has also militarised a dispute with Greece and Cyprus over seabed oil and gas reserves, to the extent that Turkish fighter planes are now violating Greek airspace almost daily. And he has demanded that Athens demilitarises sixteen  Greek islands that are close to the Turkish west coast (making them permanent hostages, totally vulnerable to Turkish invasion).

France has now sent warships to the eastern Mediterranean, and President Emmanuel Macron has explained that “Greece and France are pursuing a new framework of strategic defence.” ‘Defence’ against whom? Turkey, obviously. Who else could it be?

Turkey is still formally a member of Nato, so technically France and Greece are its allies, but Erdogan doesn’t seem bothered by that. Neither was he bothered by the fact that the United States is also a Nato member when he invaded northeastern Syria last October to drive the Kurds, America’s key allies in the war against Islamic State, from their homes in the border region.

He got away with that: the Kurds had served their purpose and Trump just abandoned them to their fate. But is he really wise to take on almost everybody else at once?

Like Vladimir Putin in Russia, Erdogan is a strongman ruler who has to win an election every four years. Putin is perennially popular in Russia and wins easily – but Erdogan usually scrapes through with just over half the vote. The country is divided down the middle, and the other half loathes him and his Islamist policies.

One reasonably small and successful war might actually benefit Erdogan by mobilising Turkish nationalism, but three at once? Against Russian and Syria on one front, France and Egypt on another, and Greece plus France and perhaps other NATO and European Union members on a third.

He used to be a fairly competent strategist, but he has been in power too long (17 years) and he has finally lost the plot. This is megalomania.