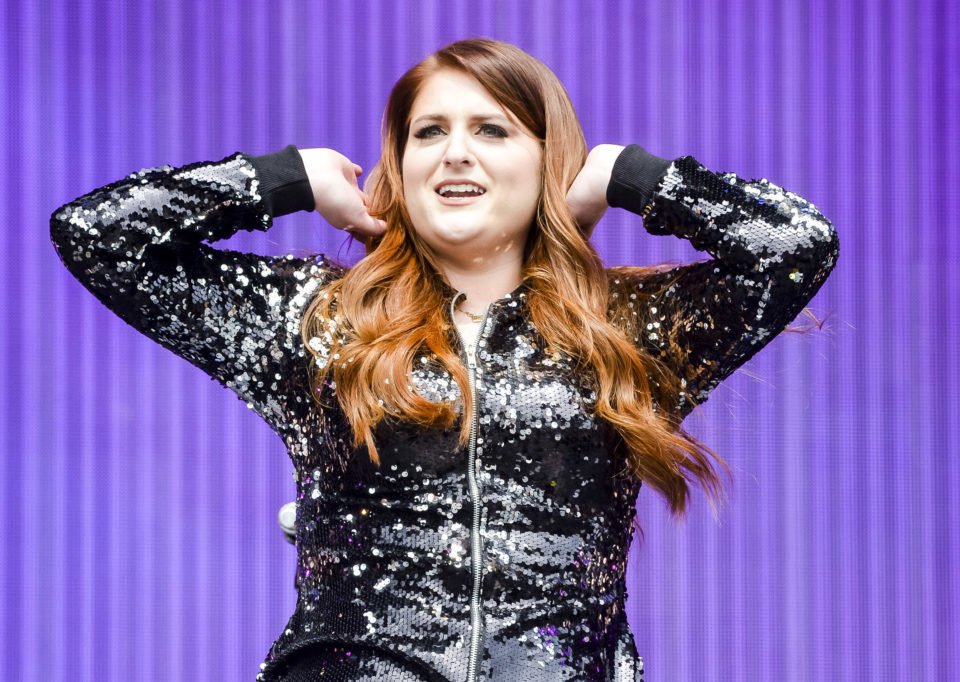 US pop star Meghan Trainor has come a long way from her breakout single All About That Bass in 2014. As she releases her hotly-anticipated third album Treat Myself, Lucy Mapstone speaks to the singer-songwriter about what to expect from her latest offering, how she’s changed since shooting to fame six years ago and being her own worst critic

FOR someone who was as ubiquitous as she was at the start of her pop career, Meghan Trainor’s take on her own level of fame is unexpected. “I don’t feel famous at all,” she admits.

“The only time I feel famous is when a bunch of paparazzi are chasing me in New York City, or a bunch of fans see me in a mall and start lining up to take a picture.”

While loud and bubbly throughout the most of our chat, Trainor – who is speaking to me from her home in Los Angeles – hesitates for a moment before she adds: “But… I really just don’t feel famous.

“Someone asked me a long time ago, ‘When you crossed the line of non-famous what was that like?’, and I was like, “I don’t know!’”

She may not be ready to accept it yet, but Trainor is a certified celebrity and an incredibly successful one at that, following the release of her global smash hit breakthrough song All About That Bass.

Following years of hard graft, the American singer-songwriter made a very substantial mark when she dropped her infectiously catchy pop song about body positivity in 2014, long before social media influencers caught onto the important notion of self-acceptance and self-love.

Her forward-thinking track about accepting your body at any size topped the charts across the world, including in the UK, and was the fourth best-selling song of that year in America, with 11 million copies sold globally.

Despite her massive introduction to the world music stage, the success of her first two albums, her string of popular singles (Lips Are Moving, Dear Future Husband and No, to name a few), as well as her new starring role on The Voice UK as a coach (“I love the UK! I love the cold weather and the rain, it reminds me of where I grew up,” she raves), Trainor confesses to still being really hard on herself.

However, with her third album Treat Myself, she is feeling in a much better place creatively.

The record is Trainor’s favourite yet, because she has had the chance to spend so much more time on it than with her previous two, which allowed her to avoid making decisions that could make her “cringe”.

The 26-year-old explains: “I got the most time to work on it, and even down to the artwork… we’re holding the vinyl right now and it’s like, so beautiful.

“All that stuff is usually rushed and last minute and I’m like ‘Ugh’. I always think, ‘Man, if I had more time, this would have been cooler’, but everything down to the artwork on this one, I’ve had all the time in the world for, and I really made it 100%.

“I write my songs in one day and that’s it, and then production I’ll take more time with, but with this album, I got three years. I just wrote hundreds of songs and I picked the best of the best. My family wrote the songs with me and they sang background, so it really feels bigger than just me.

“There’s no part of any of these songs where I cringe, you know?” she adds.

Intrigued to know more about what makes her “cringe” with her own songs, I probe her further.

“Sometimes I notice I’ll give up on a bridge or something,” she explains.

“But I’m my own worst critic, because some people might like a part that I don’t, and I’m just like, ‘Ugh, I wish I wrote it differently’.”

However, she insists that her self-criticism is “something I’m working on” and reveals that she recently talked to TV psychologist Dr Phil about it for his podcast.

“He blew my mind with the knowledge, and I’m working on being easier with myself.”

Part of her insecurity could be down to the fact that fame and success came so quickly to her back when she was just 20.

“Six years ago when All About That Bass came out, I was a child. I was terrified!” she laughs, adding that she was “a completely different person” then.

“I had no idea what was going on. I’d never had my make-up done before, or my hair done. It was all new but it was all exciting, because it was my dreams come true.”

Another dream come true for Trainor was collaborating with rap superstar Nicki Minaj for her new album on the track Nice To Meet Ya.

“It was the coolest, coolest experience ever. I didn’t think it would happen, but I heard she liked the song and then weeks later, she recorded a verse on it and I freaked out – it was perfect,” she gushes excitedly.

For the rest of the album, she says that she hopes fans “listen to it, dance to it and smile to it”.

“I hope it makes someone feel like they’re not alone and that they can be happy for a moment. And I hope it makes memories that will last for a lifetime.

“Life in general is just hard, and it’s different for everybody, but life is also amazing and I want to get that message across too. If you look up and look around and are grateful for what you have, it can be really beautiful, and that’s how I’m living life.”

Although she’s currently in a great place in her career – with her new album having just been released and the live shows on The Voice UK about to kick off – Grammy-winning artist Trainor is already looking ahead to the future.

“I have always, as a songwriter, hoped that I would have another hit one day, whether it’s me singing it or another artist singing it,” she says.

“I’ve also always wanted to sell out arenas by myself, that’s a bucket list item. I would love to do that before time’s up.”

With her trademark hearty laugh, she adds: “And then I want a bunch of children.

“I want to have a family and have a lot of kids!”

Treat Myself by Meghan Trainor is out now

Brad, Billy and Bong: What to watch for at the Oscars