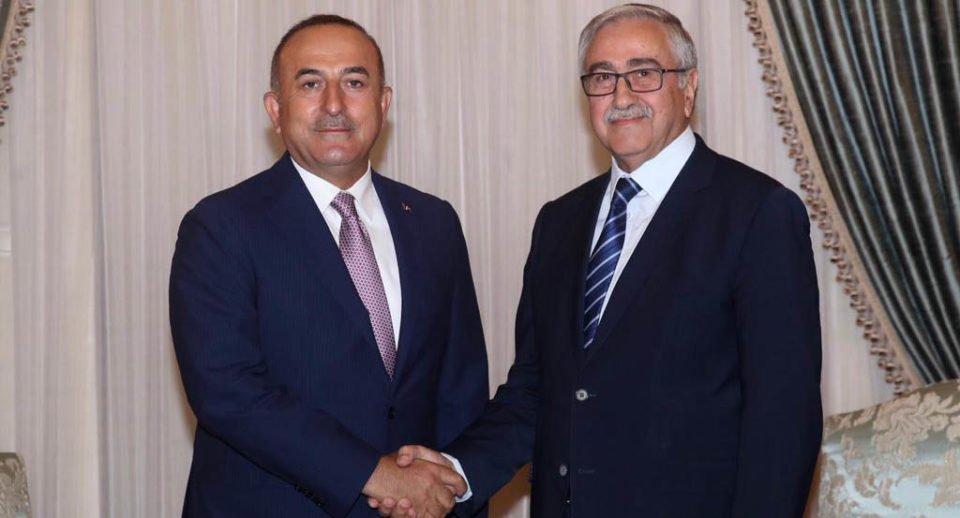 Turkish Foreign Minister Mevlut Cavusoglu said on Monday he had never worked with such an untrustworthy politician as Mustafa Akinci, widening the Turkish Cypriot leader’s rift with Ankara as elections in the north loom in April.

Calls have come out of Ankara over the weekend for Akinci to resign over comments he made to British newspaper, the Guardian, where he said the Turkish Cypriots did not want to become a minority under the Greek Cypriots, nor be ruled by Turkey.

Cavusoglu weighed in on Monday during a joint news conference with his Slovenian counterpart saying: “I have never worked with such an untrustworthy politician,” in reference to Akinci. He promised to give “examples” in the coming days.

The Turkish minister said he had worked extensively with Akinci on Cyprus negotiations “and Turkey’s position on political equality and security is clear”, he said.

Cavusoglu said some Western countries had used anti-Turkey rhetoric as pre-election tactics but neither he, nor any Turkish Cypriot could have imagined “that a politician in the TRNC would use Turkey as election material”. Even in his sleep he could not have believed Akinci had started doing that he said.

“We [Turkey] are talking about the political equality of the Turkish Cypriots and he… prefers to attack Turkey. We have been through a lot in the negotiation process. I have never worked with such an untrustworthy politician. I’ll give examples in the next few days,” Cavusoglu added.

According to Cavusoglu, he saw “a lot of things unreliable actions” relating to Akinci’s behaviour after Crans-Montana. “Such an unreliable politician does not fit with the Turkish Cypriot people,” he said.

Cavusoglu was only the latest in a long line of Turkish and Turkish Cypriot politicians who slammed Akinci over his comments to the Guardian, from the Turkish far-right party all the way up the line inside the ruling AKP. Detractors also included Turkish Cypriot ‘prime minister’ Ersin Tatar on Sunday. Akinci tried to defend his position in a written statement on Sunday that appeared to make things worse when he said the policy that “Cyprus is Turkish and will remain Turkish” was a 1950s slogan.

“That Akinci criticises Turkey with his claims is a wrong behaviour with the aim of winning the election,” Tatar said in a written statement. Tatar said the Turkish Cypriots would punish Akinci by not voting for him in the April 26 elections.

Turkish Vice President Fuat Oktay on Twitter also condemned Akinci for criticising Turkey “which protects the rights and interests of the TRNC”. Using Turkey as a tool in an election campaign would “not be tolerated”, he said.

Despite almost every Turkish politician piling it on, Akinci on Sunday stuck by his words saying that people in the north did not support annexation by Turkey.

In a written statement hours after his spokesman Baris Burcu issued a comment in his defence following the calls for his resignation from Turkey, Akinci said: “The issue is not complicated. It is clear. Turkish Cypriots do not want to become a minority on the Greek Cypriot side or live in permanent dependency on Turkey.”

Turkish Cypriot society does not embrace the idea of annexation, he added, and the principle is for the ‘TRNC’ to be transformed into one of the equal constituent states in a federal Cyprus.

“This effort must be supported. Such a Cyprus with its north and south [constituent states] will become Turkey-friendly. This is to everyone’s benefit,” he added.

Akinci said the policy that “Cyprus is Turkish and will remain Turkish” did not reflect the real situation.

“There are different communities living in Cyprus and the search for a federal structure in which to live in peace goes on,” he said.

Bahceli on Saturday called on Akinci to resign immediately over the comments. “Akinci and his supporters should not forget that Cyprus is Turkish and will remain Turkish,” Hurriyet quoted Bahceli as saying.

He also accused the Turkish Cypriot leader of “continuously provoking” Turkey’s sensitivities and that he should move to “the Greek part” of the island if he continues his ‘scandalous attitude”.

Burcu said Bahceli had spoken in “harsh and offensive language” insulting the Turkish Cypriot leader with a “fascist and racist approach”. “No one should feel uncomfortable with this position of the Turkish Cypriots and their fair and democratic right,” he added.

This is the second time in the past few months that Akinci has fallen foul of Ankara. Last October he defied another long list of detractors, including Turkish President Tayyip Erdogan, after making comments on Turkey’s invasion of Syria, statements he did not back away from.

Akinci had initially posted the comments after being criticised for staying silent on the Turkish operation but created a furore when he did speak.

He had essentially said the Syria situation was not black and white and that war always meant bloodshed and that issues should be solved through diplomacy. He made a comparison with Cyprus. Akinci had only posted a comment at all due to the anger over his silence, he said.

Erdogan publicly called out Akinci, saying the Turkish Cypriot leader had gone beyond his limits and needed to know what these were.  “No. He must know his limits. The seat he sits on is not something he acquired. It was won by the intervention of the Turkish Republic,” said Erdogan. “I believe that the people of the TRNC will give him the lesson he needs.”

There was little support for Akinci on the Greek Cypriot side on Monday. Only left-wing Akel said the attacks on the Turkish Cypriot leader ahead of elections in the north “highlight Turkey’s long-standing de facto bid to annex the occupied areas and annihilate the Turkish Cypriot community”. The party said Akinci was correct in pointing out the “horror of annexation”.