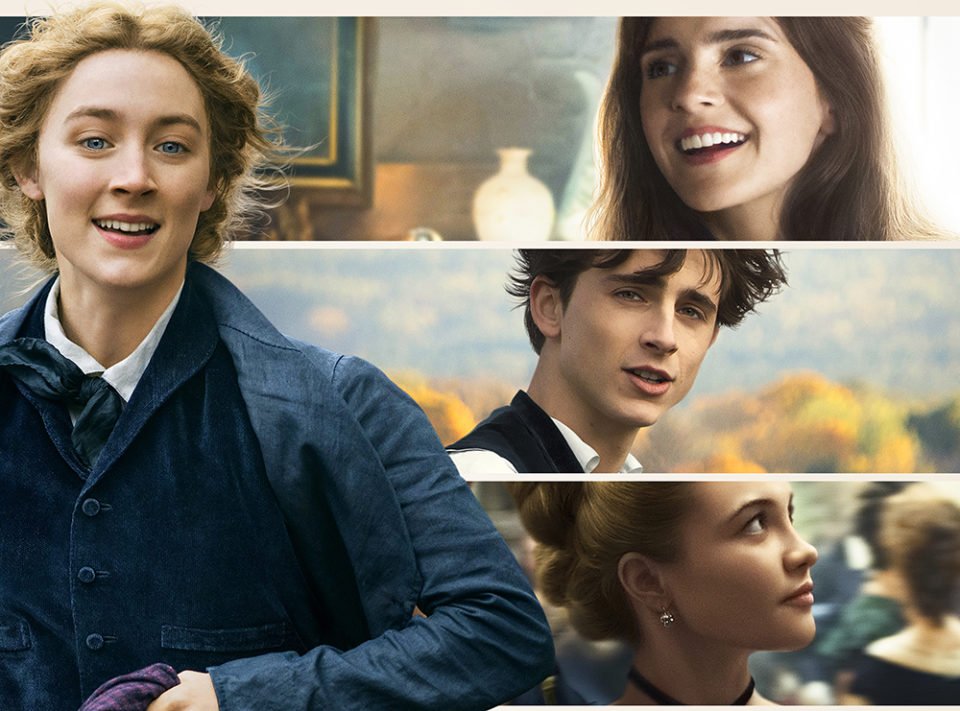 The only slight issue about Little Women is that it’s Little Women. This won’t be a problem for many people – including writer-director Greta Gerwig, who obviously reveres the 1868 novel by Louisa May Alcott – but I’ve never had much time for the genteel, do-gooding March sisters: Jo the tomboy (played by Saoirse Ronan in this version), Meg the serious one (Emma Watson), Amy the shallow, rather bratty one (Florence Pugh), and Beth the quiet musical one (Eliza Scanlen). There are moments in Gerwig’s film, like a meeting of the girls-dressed-as-boys club, when the high spirits threaten to grate slightly. Mostly, though, this fourth Hollywood adaptation (after previous ones in 1933, 1949 and 1994) is an undiluted pleasure and a minor miracle, mainstream entertainment with the richness and complexity of high art.

Gerwig’s most obvious weapon is the structure, which is artfully jumbled and mostly flits between (or within) two time periods: during the American Civil War, with the four sisters and mother Marmee (Laura Dern) living in straitened circumstances and getting acquainted with rich next-door neighbour Laurie (Timothee Chalamet); and seven years later, with the girls’ father back from the war, Meg now married, Jo in New York trying to become a writer and Amy in Paris with rich Aunt March (Meryl Streep). Put like that, it doesn’t sound very interesting – but the way the film is structured means it runs on emotion instead of what-happened-next.

Sometimes the transitions are explicitly emotional, thus for instance we cut from Amy being affronted by Laurie’s brutal honesty at a Parisian ball to Jo being similarly outraged by another man’s brutal honesty regarding her writings. Sometimes it works on contrast, going from a celebration to a funeral to a wedding day in 10 breathless minutes. The structure adds layers in another way too: we know more than the characters do. When Aunt March promises the excited Jo that she’ll take her to Paris as her companion, we already know that she ended up taking Amy instead. The film’s restless energy is the opposite of the staid approach that makes (most) period dramas feel so conventional – and also makes it touching when people are kind, because that kindness isn’t telegraphed, not just the Marches helping the poor but also, for instance, Laurie’s grandpa gifting his piano to Beth, or the random rich girl who takes a liking to Meg at the debutante ball, and calls her ‘Daisy’.

This is such a rich movie. There are dabs of goofy humour (the opening scene, with nervous Jo trying to sell her short story to a harrumphing publisher), a reminder that Gerwig is best known for comedy. There’s a sense of childhood coming to an end; Jo says as much when Meg gets married, while earlier Beth plays Schumann’s ‘Scenes From Childhood’ on her piano. Death is here, impossible to stop, “like the tide going out”; Art is here too, very much so, indeed each girl seems to represent a different artform, though only Jo seeks to make it her life’s work. Money’s here, again and again – especially in relation to women who, in the 19th century, couldn’t have their own money unless they were single (in which case they were unlikely to have money at all). Love is here, obviously, sisterly love as well as romantic love. Gerwig adds some modern touches too, which might feel forced in a lesser movie: an African-American woman turns up to say “No offence, but I think you should still be ashamed” when Marmee admits she used to be ashamed of her country – and the film goes full-on meta in the final stretch, fusing Jo with Louisa May Alcott herself being advised to marry off her heroine (Jo) at the end of her book, Little Women! “If I was a girl in a book,” sighs Jo, “this would all be so easy.”

It’s not just what Little Women does, it’s also that it does it so effortlessly – because the structure is creatively loose, because the pace is brisk (Gerwig likes to build a sense of bedlam, then cut abruptly), because there are charming scenes like Jo and Laurie’s private dance in the garden outside the main ball, because the performances are luminous. Ronan is especially expressive, making even her big proto-feminist speech sound natural, and gets a lovely exchange with Marmee on the subject of Laurie: “But do you love him?”; “I care more to be loved… I want to be loved”; (gently) “That is not the same as loving.”

Yet Gerwig’s generosity extends also to blunt, “middling” Amy – and in fact it took a second viewing to see how Amy twice expresses the toughness behind the film’s romantic charm, when she affirms that “we have power over who we fall in love with” then later says that books can impose their own subject matter (the everyday lives of young ladies, for instance), not just reflect what readers already want. As in La La Land (another great recent mainstream entertainment), Art and Love are sides of the same coin; both invite transcendence, both are afflicted with a certain romantic defeatism, a sense of something Greater Than Oneself; the trick is to own your own story. This blithe, jolly movie is also tenacious and wise. It’s Little Women, Jim, but not as we know it.