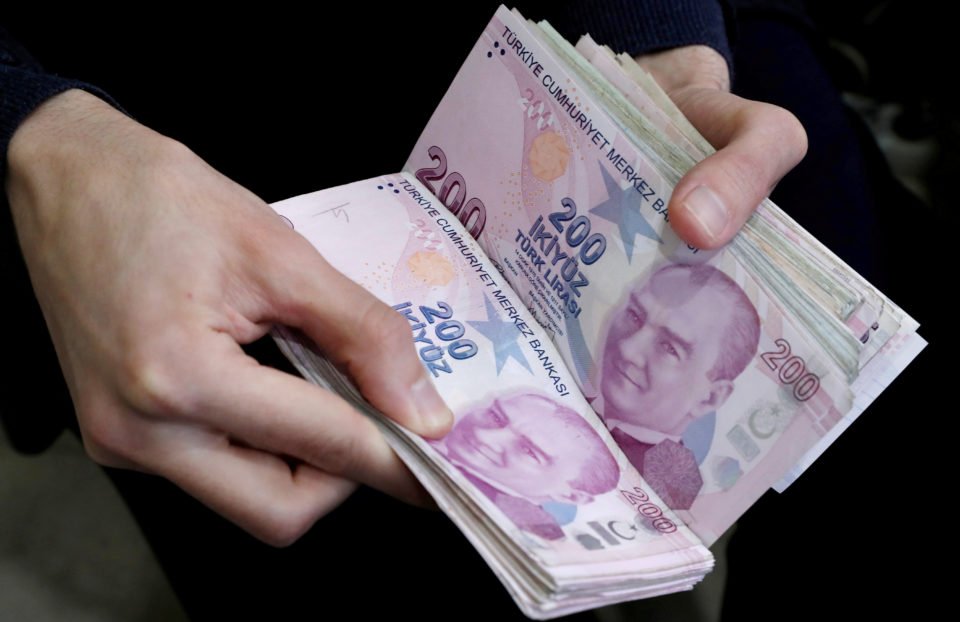 Investors and traders said the whip-saw trading – after weeks in a narrow range – suggested Turkish state banks were again intervening to attempt to buffer the lira after they sold tens of billions of dollars over the past year.

The lira strengthened to as low as 5.975 against the dollar before reversing course. It was worth 6.0180 at 1200 GMT, a bit weaker than Friday’s close.

It had tumbled to as far as 6.05 on Friday, its weakest level in regular trading since May, as a late-week rally in the dollar prompted a selloff across emerging markets.

The BDDK bank regulator on Sunday cut the limit for Turkish banks’ forex swap, spot and forward transactions with foreign entities to 10% of their equity, from a 25% ceiling set in August 2018 during the worst of Turkey’s currency crisis.

The new FX limits are one of a series of government steps taken to stabilise the currency after the 2018 crisis cut its value by 36% in two years and tipped Turkey’s economy into recession.

“This reflects the desperation of Turkish officials to keep the lira artificially stable,” said Piotr Matys, senior EM FX strategist at Rabobank. “If it was a free-floating currency it would be much higher but it is a managed float.”

Yatirim Finansman said the BDDK move “is another step towards avoiding potential FX rate volatility and to shore up reserves.”

The overnight lira swap rate jumped to as high as 75% and touched its highest level since April of 2019, before falling back to 9.7% in London.

While economic growth rebounded in the fourth quarter of last year, official data on Monday showed that unemployment remained elevated at 13.3%, down from 13.4% a month earlier.

Istanbul’s main stock index was off 0.3% with the banks sector down 0.5% after the BDDK separately reduced fees lenders can charge clients, squeezing a key source of income.

“Trading volumes look significantly larger than usual which is suspicious of (state bank) interventions, and which then feeds suspicions that we might have done better recently than we perhaps should have,” said Koon Chow, an EM macro and FX strategist at UBP.

How many times does the media have to publish stories of foul play before the people wake up?