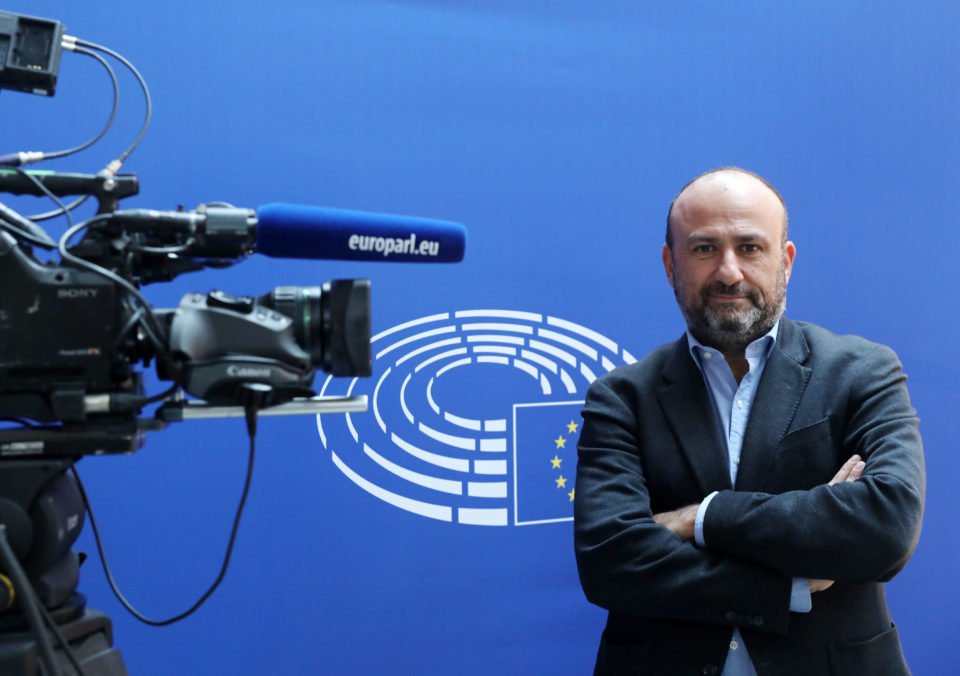 After being kicked out of his party Edek, MEP Demetris Papadakis threw down the gauntlet on Tuesday, challenging party boss Marinos Sizopoulos to provide any evidence of wrongdoing, if he had it, to the police.

Meantime the internal strife in the party boiled over, with two members of the central committee publicly quitting in protest at Papadakis’ ouster.

On Monday, Edek’s disciplinary body voted unanimously to eject Papadakis from the party on the grounds of ‘disobedience’.

The MEP did not appear before the board, which convened in Limassol.

The complaint filed against him related to his alleged failure to comply with decisions of the party’s collective organs.

Essentially Papadakis was accused of breaching an agreement he had entered into with Edek where, upon his election as MEP on their ticket, he undertook to uphold certain obligations expected of party officials as stipulated by party rules. Namely, that he would relinquish 10 per cent of his monthly salary to the party.

It was not entirely clear whether additional accusations were formally leveled at Papadakis, as Edek have yet to publish a transcript of the disciplinary body’s decision.

Regardless, the row has since spiraled with party leader Sizopoulos alleging that the MEP had tried to secure EU subsidies to fund a private profit-making business, which was illegal.

In a statement released on his behalf by his lawyer, and addressed directly to Sizopoulos, Papadakis said he was reserving his legal rights.

Dismissing Sizopoulos’ subsidy allegations as malicious libel, the MEP demanded the party leader immediately furnish the authorities with any such evidence of wrongdoing.

“We call on you to appear before the Chief of Police within 24 hours to file a formal complaint, submitting the documentation and information which you claim to possess,” the statement read.

If not, the lawyer warned, they would be filing a lawsuit against Sizopoulos, as well as requesting that the attorney-general lift his parliamentary immunity so that he could be investigated for spreading false news under article 50 of the penal code.

“Lastly, we deem it pointless to ask you to apologise in public and withdraw your remarks, since you have effectively been spreading smears against the MEP,” the missive ended.

Contacted by the Cyprus Mail, Sizopoulos said: “I am simply going to disregard the letter. This has nothing to do with the police, it’s a party matter.”

Speaking to other media, Sizopoulos said the compromising information on Papadakis would be made public after a session of the party’s political bureau scheduled for Wednesday.

Earlier, Sizopoulos brushed off speculation that a clique inside the party – led by himself – was seeking to oust Papadakis so that the latter could not run for party chairman once his stint at the European Parliament was up.

Speaking to reporters in Strasbourg, Papadakis on Tuesday said he was in fact transferring 10 per cent of his MEP salary to Edek.

He suggested that what Edek was really doing, was dipping into the allowances given to MEPs for hiring aides at the European Parliament.

This, he said, went against European Parliament regulations which prohibit aide allowances for MEPs from being transferred to national parties.

Papadakis cited the case of Marine Le Pen, found guilty of misusing funds from her MEP salary to pay a parliamentary assistant based in Paris.

He spoke of a war being waged against him by a faction inside Edek, and said the disciplinary board that took the decision was stacked with Sizopoulos devotees.

Back in Nicosia, Papadakis’ expulsion had a ripple effect, with two central committee members resigning in disgust.

Likewise Giorgos Taliadoros lamented that the party was losing its “ideological orientation” and turning inward rather than focusing on policy.

It is understood that the two resigned their posts as members of the central committee only.

A masterclass for guitarists