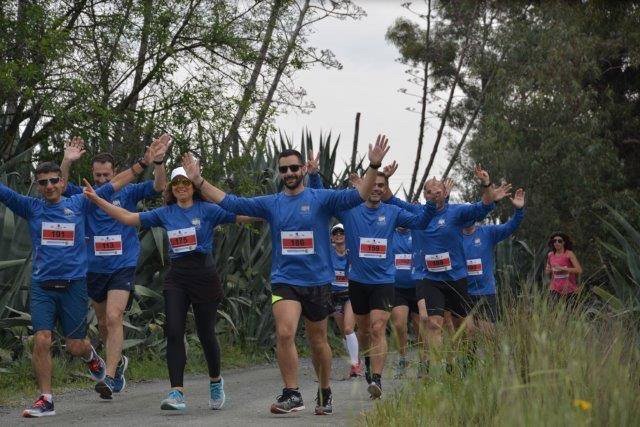 It’s running season. Don’t groan! If sweaty lycra and 5am wake-ups aren’t you’re thing, you don’t have to take part. But you’re bound to know someone who’s a fan: a fitness enthusiast with a cupboard full of Nike who’d love a little support as they stagger across yet another finish line. Especially if they’re participating in next weekend’s main event, the Nicosia Marathon.

Taking place on Sunday, February 16, the Nicosia Marathon is one of the calendar’s biggies. Held by the RuNicosia Nonprofit Organisation in collaboration with the Pancyprian Gymnastics Association (GSP) and the Nicosia Marathon Series Ltd, the race is included in both the IAAF International and European Calendars, so it’s all pretty official. Though ‘marathon’ is actually a bit of a misnomer: this event actually includes no fewer than five separate races…

The main event is, of course, the marathon: “A 42,195-metre road race for those who are eager to run away,” say organisers, with what may well be an unintentional nod to participating parents. Starting on Strovolos Avenue, the route is basically two horseshoes loops into town: the first past the Presidential Palace, down to Griva Digeni, and out to K-Cineplex and back; the second down Athalassa, right at Strovolos M&S, crossing Stavrou and turning back on itself at the (former) Orphanides traffic lights.

The race begins at 7am, with participants asked to arrive an hour before the start for all the bibs and forms and do-you-actually-know-what-you’re-doing officialise. But spectators can rock up at anytime and anywhere along the route, and organisers encourage us all to cheer on those taking part, promising this will “provide intense excitement to the courageous runners who pass.”

The four other races may not be quite as emotionally-loaded, but they’re nevertheless worth a watch. Also beginning at 7am, the Half Marathon (much the same course, but with less back and forth) is set to include athletes from the Cyprus Sports Clubs competing for the Cyprus Athletics Championship, “and therefore it is expected to be a very exciting race,” we’re told.

Then, starting at 9am, we’ve got the 10K which – as you would expect – is an even shorter route. Beginning at the junction of Stavrou and Strovolos Avenue, the course loops down to Griva Digeni and detours briefly onto Byron Avenue before heading back towards the Kykkos lights, circling the European University roundabout and turning back towards the start line.

Following on are two races for the fun-runners and lie-ins: the 11am 5K (a pleasant jog down Strovolos Avenue and Sevreis towards Pasydy, and a cool turn around and trot back); and the Run Corporate event which, starting at 11.15am, is another 5-kilometre (same course; mainly run in aid of charity) effort in which “companies, businesses, organisations, schools and other organised groups can run together on city streets, enjoying unique moments”. Corporate runners all get plaques, medals, a commemorative photo, a participation certificate, a “post announcement on Facebook” and even “a live interview with a team representative during the race broadcast, in which the team name will be mentioned and the team logo shown”, so this last event is perfect for anyone looking to up visibility while building team spirit and raising funds for worthy causes.

All in all, the entire day is set to be a joyful event; not a bad way to boost one’s health before the excesses of carnival season, even if you’re just cheering from the sidelines. However, should you wish to actually take part in a race yourself the Really Big Run is coming up in just a few weeks…

Fully accredited by AIMS, the OPAP Limassol marathon GSO (which basically means it’s the official marathon of Cyprus) takes place on March 21 and 22 with a full marathon, half-marathon, Petrolina 10km Energy race, Medochemie 5km City Race, a PrimeTel 5km Corporate Race, and a rather lovely Youth Race, sponsored by the Andrey & Julia Dashin Foundation. The flat, coastal course runs “from the centre of Limassol, along the beachfront, to the ruins of the ancient Royal city of Amathus, and back to the city,” say organisers of the main marathon event. Nicosia, of course, can’t compete with all that glorious Mediterranean coastline. But that just gives you all the more reason to get out there and show a little capital support this weekend!

For more information on the Nicosia Marathon, visit https://www.nicosiamarathonrun.com/