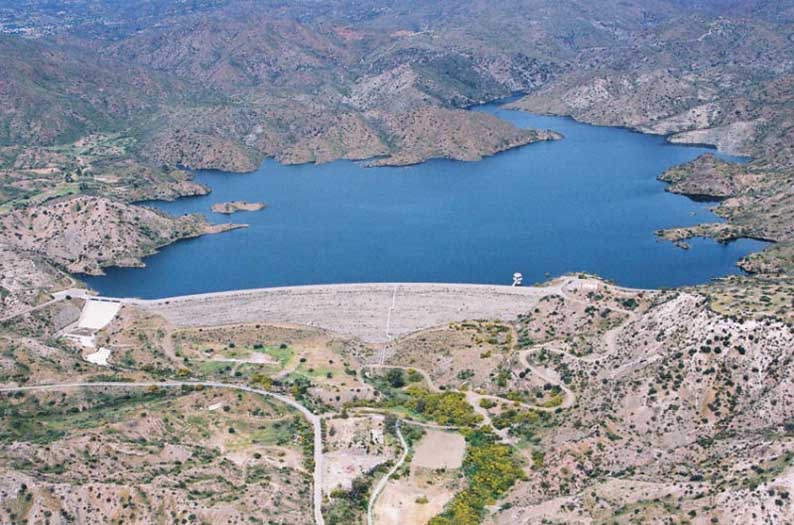 Authorities on Tuesday played down a contamination problem that led them to suspend use of water from the Kalavasos reservoir for household use.

The problem caused by the presence of heavy metals, which prompted the water development board to suspend its use, is a small one, community leader of Lefteris Foka said.

The measure was taken by the department after tests confirmed the presence of heavy metals such as magnesium, cadmium, lead, mercury and nickel in the water three weeks ago.

However, according to Foka, only one small source of water brings the metals to the reservoir, which is the second largest in Cyprus after Kouris.

“The amount is small, and the reservoir is huge,” he said. “In around 20 days, because of the change in weather, it will stop flowing altogether.”

The measure was taken as a precaution and there is no cause for concern, he said.

It can still be used for agricultural purposes while fishing is also allowed, Foka added.

Meanwhile, the House agriculture committee discussed the issue on Tuesday and complained about the ministry’s delayed response to dealing with the contamination.

The ministry’s response to the letter about water contamination from two streams coming from army camps came almost five months after the issue was raised, it heard.

Diko MP Christos Orphanides said complaints about contamination were made in May 2019 and the results came in October 2019 stating the levels were not concerning.

He added he has requested the results from the two streams, as he has information large amounts of waste and ‘even batteries’ have been thrown into the streams leading to the dam.

The same problem existed last year, which prompted the water development department to carry out regular checks for chemicals.

According to head of the water development department Charalambos Hadjipakkos, the problem exists because liquid waste flows from old mines in the area.

“It is extremely difficult to protect the soil from liquid waste, and at a European level there has been no solution to tackle the problem,” he said.

Pending tests, water is being directed from Kouris to supply the region with drinking water.

The Kalavasos reservoir is the second biggest of the eight in the southern conveyor project, with a capacity of 17 million cubic metres (mcm).

It overflowed early in January, temporarily turning a road into a river and flooding houses.