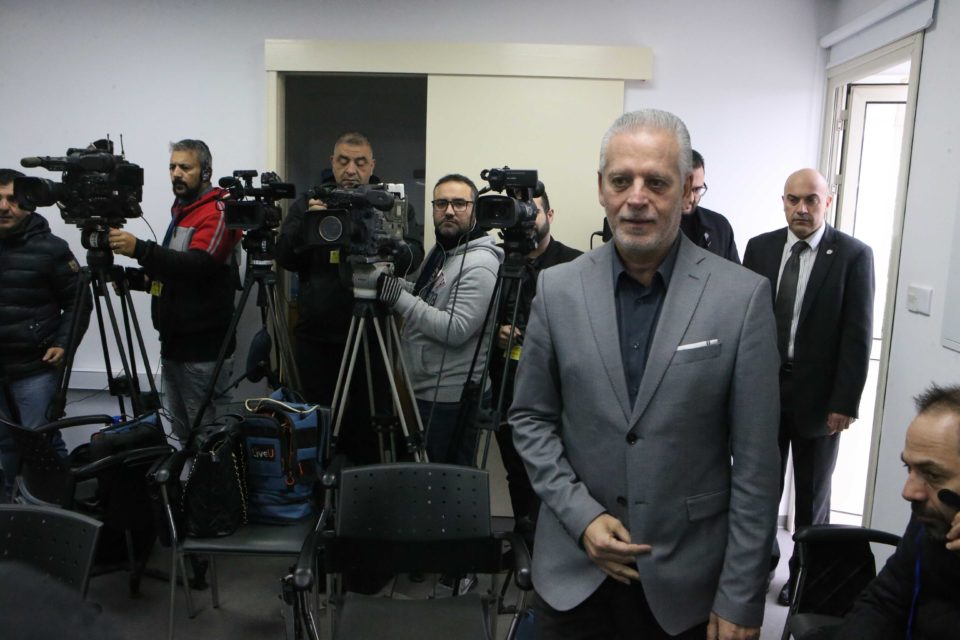 By George Psyllides and Nick Theodoulou

Edek MEP Demetris Papadakis’ spat with the party leadership ballooned beyond party politics and a step closer to the courts on Wednesday as the attorney-general ordered an investigation into allegations of misuse of EU funds.

In a letter to the chief of police, attorney-general Costas Clerides asked him to immediately launch a probe into the allegations to determine whether any criminal offences had been committed.

The claims by Edek chairman Marinos Sizopoulos were made amid a war of words with Papadakis whom the party decided to oust on Monday evening.

Papadakis was accused of breaching an agreement he had entered into with Edek where, upon his election as MEP on their ticket, he undertook to uphold certain obligations expected of party officials as stipulated by party rules. Namely, that he would relinquish 10 per cent of his monthly salary to the party.

The row has since escalated with Sizopoulos alleging that the MEP had tried to secure EU subsidies to fund a private profit-making business, which was illegal.

In a statement released by his lawyer, and addressed directly to Sizopoulos, Papadakis said he was reserving his legal rights.

Meanwhile Edek confirmed to its members of the political office on Wednesday evening that Papadakis had been expelled due to anti-party behaviour and disobedience.

Sizopoulos held a meeting with the political office and presented Papadakis’ alleged infractions against the party.

Vasiliadou shifted focus from Papadakis’ spat with the party at large, and said “as with any organisation – even within society – there are rules which must be obeyed.”

“In this case, all the appropriate steps were followed,” she said.

Asked whether Sizopoulos has been called upon to provide evidence to the police, Vasiliadou replied that he has not yet been approached but is ready to cooperate.

For his part, Papadakis said that the decision was predetermined and the process to get rid of him was rigged.

Papadakis has urged Sizopoulos and the party to provide any evidence of wrongdoing to the police.

If not, Papadakis’ lawyer warned, they would be filing a lawsuit against Sizopoulos, as well as requesting that the attorney-general lift his parliamentary immunity so that he could be investigated for spreading false news under article 50 of the penal code.

Decisions expected in the coming days on opening Varosha