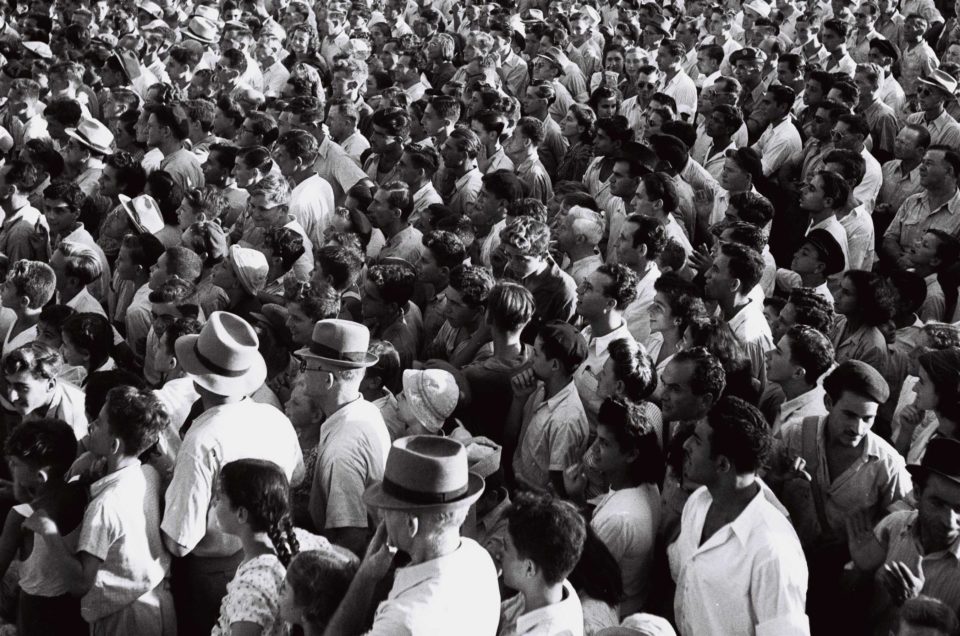 An internment camp in Cyprus

A lecture and a workshop on two very different topics are coming to the Bank of Cyprus Cultural Foundation next week. The first is a lecture focusing on Cyprus’ role in World War II while the other is a workshop on archival research skills.

Coming up first is the lecture on February 21 (7pm). The Bank of Cyprus Cultural Foundation, in the context of its cooperation with the National Archives of the United Kingdom and The Commonwealth War Graves Commission, will hold the lecture The War in Cyprus – and Cyprus in the War.

Speakers Dr Juliette Desplat, Head of Modern Overseas, Intelligence and Security Records at The National Archives, and Dr George Hay, Official Historian at the Commonwealth War Graves Commission will examine the significance of Cyprus as a base for military operations during the Second World War.

In addition to that, the lecture will also highlight the major contributions of Cypriots to the war effort despite the sometimes tense relations between the local population and the British colonial government. It will draw on archival materials concerning the British administration of colonies and overseas territories, as well as those that document the country’s relations with foreign powers, the operations of its armed forces and the establishment and work of the Commonwealth War Graves Commission.

The lecture, in English, will investigate the rekindling of political activity on the island during the war, disputes relating to the future of Cyprus, the potential ways of using change for propaganda, the first attempts at reform undertaken immediately after the war, and the legacy of the conflict today.

On the following day, the focus will shift to developing the skills of archival research. The workshop is geared towards developing the knowledge and experience of professionals and non-professionals conducting research into archival records relating to international and military history from 1872 to the present day.

The ambitious undertaking, the first of its kind in Cyprus, is being held in partnership with the two speakers mentioned above, who are also preeminent archive specialists.

Participants will learn how to use digital archival collections with cutting-edge research methods, such as advanced searches in the National Archives’ Discovery catalogue as well as in the use of online sources and database creation. Next, they will apply the skills they have learned to records kept by the British Foreign Office and Colonial Office.

“This hands-on exercise will enable participants to present, analyse and share their findings with staff members of the Bank of Cyprus Cultural Foundation as well as representatives of other cultural organisations that maintain archives,” the workshop organisers said.

The workshop, which complements the Foundation’s exhibition 1940|Faces and Images. Cyprus – Greece will also be in English and free to attend, though pre-booking is necessary.