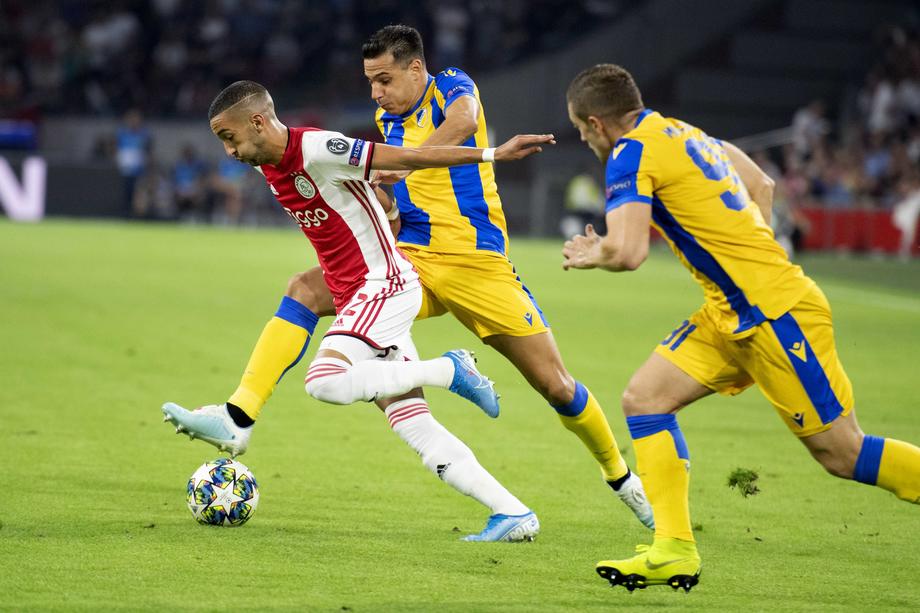 Chelsea are close to completing a deal for the £40million summer signing of Hakim Ziyech from Ajax.

The Morocco winger was one of boss Frank Lampard’s top January targets and is now close to a summer switch to Stamford Bridge, the PA news agency understands.

The Blues were unable to prise the creative Ziyech away from Amsterdam in the January window, with Ajax refusing to sell midway through the season.

But now the Stamford Bridge board have made a crucial breakthrough that should lead to Lampard’s first major signing as Chelsea manager.

Ziyech has laid on more than 20 goals in each of the last three seasons, having teeing up 21 at Ajax already this term.

And Lampard wants the pacy winger to add an extra dimension to his squad.

Chelsea were unable to land any of their transfer targets in January, leaving the manager to claim the Blues were “underdogs” for a top-four Premier League finish.

But Chelsea’s board refused to relent on their quest to recruit one of Ajax’s top assets and are now close to completing terms to bring the former FC Twente star to Stamford Bridge.

The west London club saw their FIFA transfer ban lifted on appeal to the Court of Arbitration for Sport (CAS) one window early, but were unable to capitalise by making any mid-season recruits in January.

The Blues could still net as much as £150million from Eden Hazard’s big-money transfer to Real Madrid last summer, and Lampard wants to dip into those funds to bolster his youthful squad.