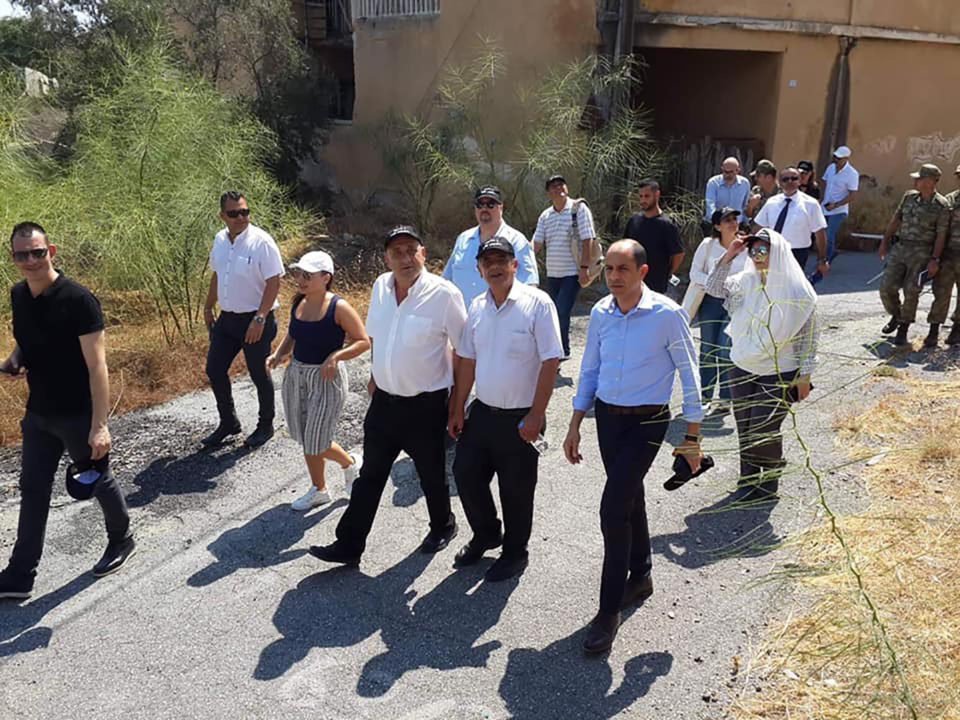 Decisions are expected to be announced on Varosha after an expected meeting on Saturday in the fenced-off area of Famagusta in the presence also of Turkish vice president Fuat Oktay, reports said on Wednesday.

According to media in the north, Oktay, who is in charge of Turkish Cypriot-related affairs within the Turkish government, along with Turkey’s Justice Minister Abdulhamit Gul will attend a round table discussion on Saturday in Varosha where legal, political and financial aspects on the opening of the closed-off town will be discussed.

The ‘government’ in the north announced last year they would open Varosha, a decision opposed by Turkish Cypriot leader Mustafa Akinci and other politicians  in the north who argue that any move on the closed-off town ought to be within UN parameters and after the international community was convinced.

The round table discussion is being organised by the Turkish Bar Association. Turkish Cypriot ‘prime minister’ Ersin Tatar and ‘foreign minister’ Kudret Ozersay are to also participate as well as law professors, former ambassadors and representatives of tourism organisations.

The decisions will be announced, the reports said.

Ozersay, who has been instrumental in leading the charge to open Varosha, announced last year that an inventory of buildings and other infrastructure would be carried out as part of the plans for opening the town, which has been closed off since 1974 when residents fled the advancing Turkish army.

Akinci had reacted strongly to Ozersay’s announcement, arguing that he was the one in charge of taking decisions on such matters and saying the issue of Varosha was an important component of the Cyprus problem whether it was taken up as part of a comprehensive solution or as a confidence-building measure, and that it could not be taken up independently by Tatar’s office.
Ozersay and Tatar however, insist this is the way to go, securing Turkey’s backing with Foreign Minister Mevlut Cavusoglu announcing after visiting Varosha last September, that the closed-off town would be opened.

The Cyprus government and Famagusta refugees condemned this decision and have been trying to stop any unilateral moves by the north and Turkey on the matter without much success.

At the Cypriot government’s behest, the UN Security Council last October reaffirmed resolutions 550 and 789, adopted in 1984 and 1992 respectively, which refer to the fenced off area. Turkey, however, said the Security Council had overstepped its mandate arguing that there was no threat to international peace and security in Varosha.

Attorney-general wades into Edek row with call for probe