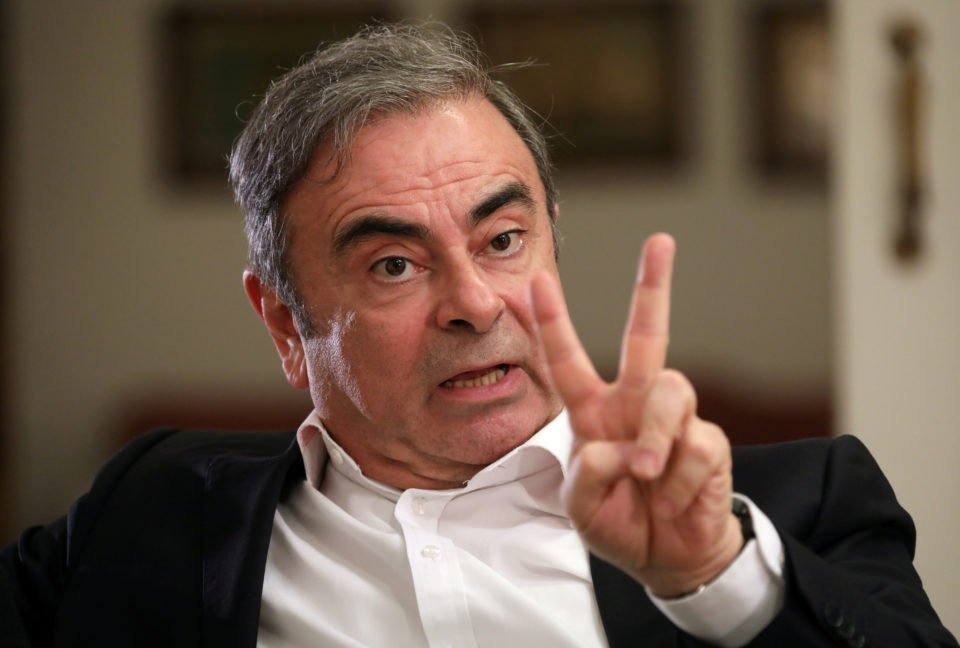 Nissan Motor Co could be heading for its first quarterly loss in more than a decade, three company sources said on Wednesday, as news emerged the Japanese carmaker is seeking $91 million in damages from ousted former boss Carlos Ghosn.

Japan’s second-biggest automaker and its alliance with France’s Renault have been thrown into disarray since Ghosn’s arrest in November 2018 on financial misconduct charges.

Ghosn, currently in Lebanon after dramatically fleeing house arrest in Japan at the end of December, denies any wrongdoing.

The three senior Nissan sources told Reuters they anticipated a poor results announcement on Thursday, with one of them calling the figures “dismal”.

Two said there was the possibility of an operating loss, which would be the first quarterly loss since the period ending in March 2009.

Nissan, which is struggling to revive its brand image in the United States after years of heavy discounting, said it could not comment on its results ahead of the official announcement.

Separately, the company said it had filed a civil lawsuit in Japan against Ghosn, seeking 10 billion yen ($91 million) in damages over his alleged misconduct.

Nissan said it expected the damages claim to “increase in future” as it seeks to recover fines it expects to have to pay to regulators due to Ghosn’s alleged misconduct, which prosecutors say includes understating his annual salary and misusing company funds.

The carmaker added it may pursue separate legal action over what it called “groundless and defamatory” remarks Ghosn made in a news conference in Beirut last month, when he talked of a Nissan conspiracy to force him from power.

A spokesman for Ghosn hit back and accused Nissan of “trying to create a diversion ahead of its worst results since 2009,” adding that it was part of a “character assassination” campaign against the former executive.

Deteriorating profits underscore the challenges facing Nissan as it unwinds many of Ghosn’s expansionist strategies by slashing jobs, production sites and product offerings to save cash and ensure its survival.

According to SmartEstimate’s survey of three analysts, the company is expected to report an operating profit of 48.6 billion yen ($442.5 million) for the quarter ending in December, less than half the 103 billion yen profit a year ago.

However, those forecasts were issued before the release of December vehicle sales figures on Jan. 30, which showed the biggest quarterly slump of Nissan’s current sales downturn that began two years ago, according to Reuters calculations.

One of the three Nissan officials also said there was a risk it might cut its full-year profit forecast of 150 billion yen, which would be an 11-year low. The company announced that estimate in November after an initial 230 billion yen forecast.

Since the start of the fiscal year in April, Nissan’s global sales have slumped 8.3% versus the year ago period as it struggles to sell its Rogue SUV crossover and its Sentra sedan, two of its three top-selling models in the United States.

For the first nine months of the fiscal year, the company sold 3.81 million vehicles. It risks missing its full-year target of 5.24 million, a decline of 5 per cent from the prior year, in part due to production disruptions caused by the coronavirus outbreak.