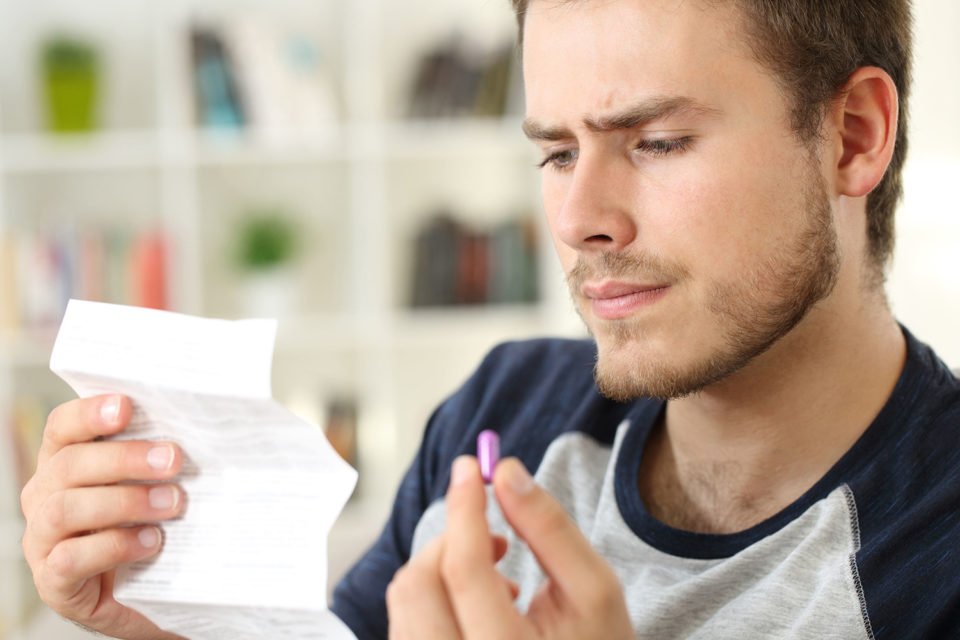 It’s easy to assume the only difference between painkillers is their strength. Or that any painkiller you can buy without a prescription is always safe to use, but that isn’t necessarily the case.

“Paracetamol is probably the most commonly-used painkiller, and the one most people would try first,” says Sandra Gidley, president of the Royal Pharmaceutical Society.

A good all-rounder for relieving general aches and pains, paracetamol can also help reduce a fever. “It’s been used for about 100 years, but we still don’t understand exactly how it works,” says Gidley.

The important stuff: Compared with other drugs, paracetamol isn’t associated with many side-effects – providing it’s used appropriately. It’s very important not to exceed the maximum recommended dosage (up to eight 500mg tablets within any 24-hour period), as overdosing can happen quickly, and potentially cause devastating damage.

Even slightly exceeding the recommended dose can lead to symptoms of paracetamol poisoning. “The damage to your liver can be awful,” she adds.

Another important thing to be aware of is the risk of ‘medication overuse headache’ or ‘rebound headache’. This is a vicious cycle where people who take painkillers to help manage headaches, end up developing a worse or chronic headache as a result. This doesn’t just apply to paracetamol, but other types of painkiller too.

Ibuprofen is a member of the non-steroidal anti-inflammatory (NSAID) family. These also work by altering chemical activity within the body, but also reduce inflammation – which can make them particularly good for things like joint pain and injuries.

Higher strength NSAIDs (such as naproxen and diclofenac) may be prescribed to help a number of conditions, but it’s important they’re appropriately managed and reviewed.

The important stuff: “Although widely used, NSAIDs are not right for everybody,” says Gidley. “For example, for some people with asthma, NSAIDs can provoke an asthma attack. Some have also been found to have a negative effect on the heart and they may not be a good idea for people with high blood pressure. Prolonged use can also cause kidney disease.”

Another key point with NSAIDs is that they can cause stomach irritation, sometimes even leading to a stomach ulcer. This can be avoided by ensuring you take the tablets with food and taking an accompanying medication to protect the stomach.

This group of drugs includes very strong painkillers such as morphine, and at the other end of the scale, codeine, which can be bought over the counter in a low-dose combination with paracetamol (co-codamol). “They are very useful for treating short-term severe pain. They work by basically blocking pain messages to the brain and also cause a euphoria effect, which helps people forget about their pain too,” explains Gidley.

Other opioid painkillers are only available on prescription, including tramadol and fentanyl, which often comes in patches.

The important stuff: One of the biggest risks is addiction, which can sometimes happen very quickly. Part of the problem, Gidley explains, is that you can quickly “get used” to a certain dosage, so need more to feel the effects. There are other side-effects to be careful with too, such as drowsiness. “High doses can also depress your breathing and reduce your heart rate and you can lose consciousness,” says Gidley.

Prescription medications, such as gabapentin, pregabalin and amitriptyline, are sometimes used for managing certain types of nerve (neuropathic) pain. These drugs are traditionally used to treat conditions such as epilepsy and depression, but at a certain dose, can also be effective for more severe and complex neuropathic pain, including sciatica, fibromyalgia and complex regional pain syndrome.

The important stuff: Phil Day, superintendent pharmacist at Pharmacy2U.co.uk notes that not all anti-depressants and epilepsy drugs work as painkillers, so it’s vital to only take them as prescribed. And while these medications can be very effective, they sometimes take a little while to ‘kick in’ and don’t work for everyone.

“As with all medicines, [these drugs] can have side-effects. Some can cause drowsiness, dizziness and weight changes, and they can clash with some other prescribed medicines,” says Day. “If they’re not working as well as expected, the doctor might increase the strength or dosage, or may change over to one of the other medicines.”

Cyprus, Portugal rebuked by EU over delays in money-laundering reforms