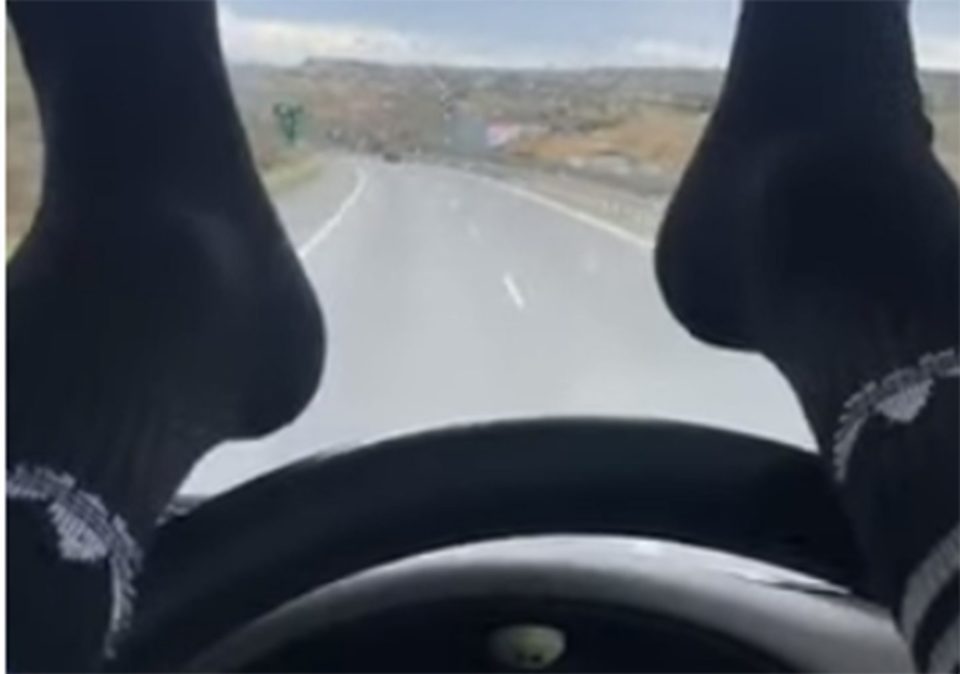 A 43-year-old Limassol man was jailed for 40 days on Thursday for driving a truck with his feet on the motorway, posting a video of his action on social media.

The man also had his licence suspended for nine months.

He admitted to charges relating to reckless and dangerous driving and driving a vehicle without insurance. The incident took place on October 24, 2019.

The video showed the man using his feet to drive the truck on the Nicosia to Limassol motorway near Kofinou.

The judge said the only appropriate penalty was immediate imprisonment.

The man is a divorced father of two, both students.

The video, posted on his own Facebook account, showed him driving his truck with his feet while wearing socks with a description suggesting “let’s sleep a little”.

In a later post he claimed his vehicle was on a trailer truck, so he was not actually driving. However, this was not backed by the video.

What’s Eaten Where: The Peak District