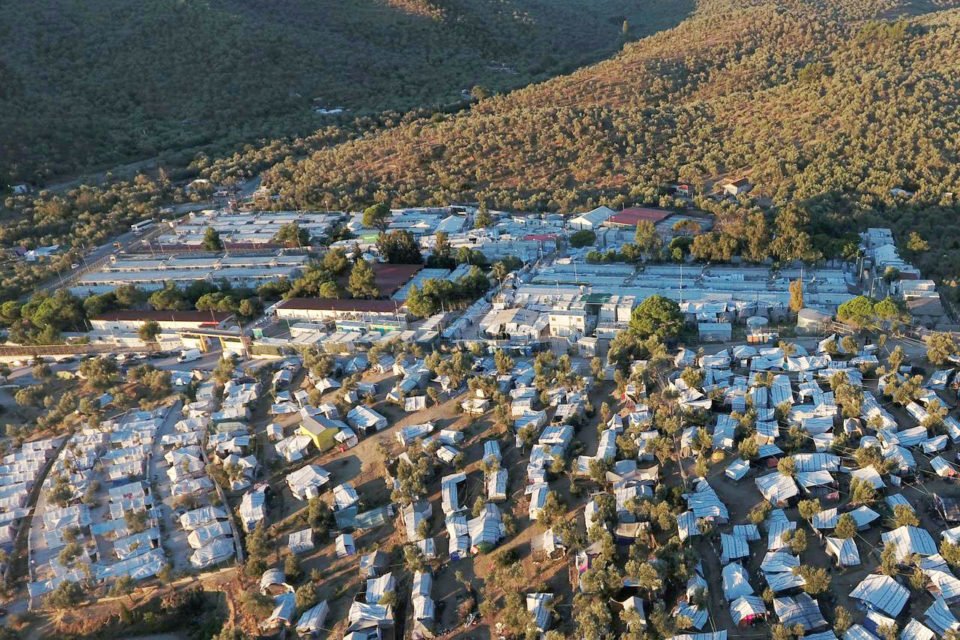 “Our islands should not be warehouses of souls,” read one banner.

“These people live in terrible conditions in the mud,” said Theodora Kokkinelli, 50, whose parents live in Moria village on Lesbos. Moria is a hamlet near a sprawling camp that Greek authorities plan to replace with a detention facility elsewhere on the island.

The Moria camp was built to accommodate 2,840 people but housed 19,500 on Feb. 12, according to the latest official count by Greek authorities.

“My biggest fear is that these people, some time, will revolt” said Kostas Moutzouris, the prefect of the North Aegean administrative region.

Migrants on Lesbos protested last week over their living conditions, while residents staged their own protests demanding the facilities close. Locals have been particularly angered by government plans to build new detention centres, worried that new centres will signals permanency.

Greek authorities on Monday announced plans to accelerate the construction of detention facilities on Lesbos, Chios, Samos, Kos and Leros islands. The islands are close to Turkey, from where thousands of asylum seekers head to Europe each year.

“These new facilities are just an extension of the existing camps,” said Costas Vrachnis, 60, a restaurateur from Samos. “Our island is getting negative publicity, tourists hear Samos and turn the other way,” he said.

Hundreds of thousands of people crossed into Europe from Turkey via Greece in 2015 and 2016 before a deal brokered by the European Union limited the flow. But there has been a resurgence in arrivals since around September 2019.