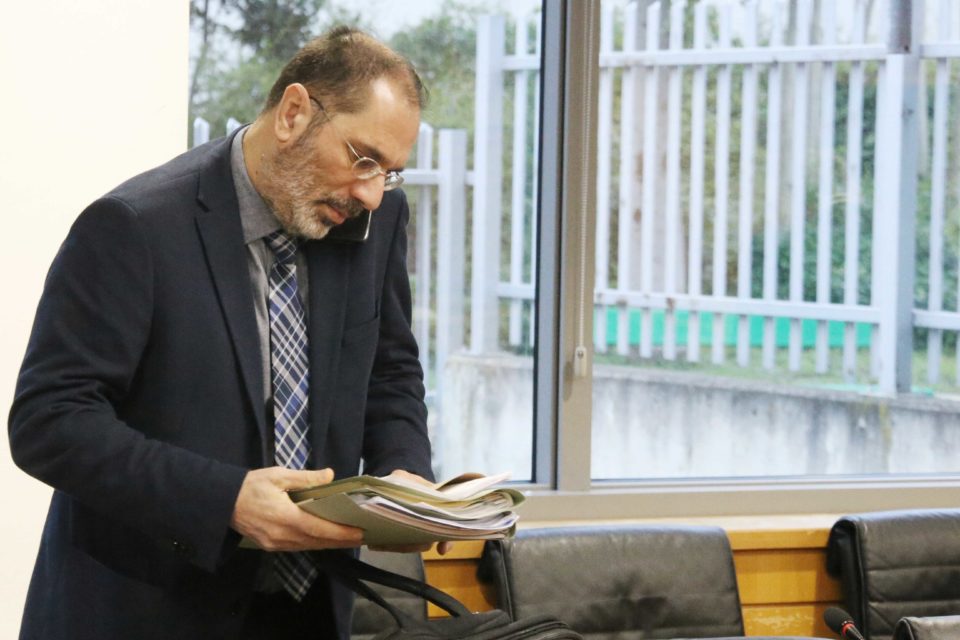 “It is benefit in kind,” Odysseas Michaelides opined of the free trip.

Opposition politicians on Thursday hauled President Nicos Anastasiades over the coals, despite him having earlier conceded that he could have avoided using a jet belonging to a Saudi businessman to take a family trip to the Seychelles.

Amid accusations he had violated the code of ethics he had demanded his ministers sign when taking office, Anastasiades submitted a statement to the House watchdog committee, where he said use of the jet had been a friendly gesture and not a gift.

“Under the circumstances … I didn’t think use of the aircraft violated the ethics code,” the statement said.

“Due to this, and I won’t hesitate to recognise that, considering what followed, use of the aircraft for the trip in question could have been avoided,” he said.

The row erupted last month after the audit service published a report into Anastasiades’ use of private jets for his travels, including the private holiday to the Seychelles, and a related report concerning the naturalisation of the owner of one of the aircraft used.

Along with the Seychelles visit, Anastasiades also used the jet to travel to New York to address the UN General Assembly last September.

Though the report on the private jets concluded that no taxpayer money had been squandered, it did not address the ethical issues arising.

The second report suggested citizenships should not have been granted in 2015 to the rich Saudi owner of the jet and 41 other individuals because they did not meet the criteria. The total number of investors, including the Saudi businessman was six.

An additional 36 people – spouses, children – were also naturalised in line with the citizenship for investment scheme.

On Thursday, the president complained that it was the first time since the foundation of the Republic that a state official was criticised by the opposition for saving taxpayer money.

He denied anew that the six investors had received preferential treatment.

The government insists the six investors and their families invested €19.8m, well above the €15m they ought to have invested per scheme criteria. The auditor however, suggested they fell short of the minimum amount.

Later in the day the House watchdog committee discussed the same matter extensively, with the auditor-general insisting the president’s flight to the Seychelles posed a question of impropriety.

“It is benefit in kind,” Odysseas Michaelides opined of the free trip.

The office of the presidency needs to decide whether it will accept offers for free travel and, if it does, it must formulate an explicit procedure for these cases.

On the naturalisation of the Saudi nationals, Michaelides calculates the state may have lost up to €1m in tax revenue from their investments in Cyprus.

He explained that some of the Saudis, rather than purchasing real estate by going through the land registry, opted to buy a company which owned immovable property assets worth €3.5m.

However, the Saudis paid €7.5m for the company.

“It appears that money was given in commissions, and these commissions were not tracked by the Tax Department so they could be taxed…perhaps they were legitimate commissions,” said Michaelides.

Had the property sale gone through the land registry, which would have levied transfer fees on the total value of €7.5m for the transaction, and had the former owner of the company declared the true value of the property – which was lower than the sale price- he or she would have had to pay capital gains tax.

Therefore the interior ministry – which processes naturalisation applications under the investment scheme – ought to have flagged this transaction as not meeting the criteria.

In parliament, opposition MPs likened the government’s denying any malfeasance to an attempt at squaring the circle.

Diko deputy Pavlos Mylonas said the president’s statement regarding the private jet counts for neither an admission nor an apology.

“Seized by the arrogance of power, the presidency continues to take the people and parliament for a ride.”

Coming to the president’s defence, Interior Minister Nicos Nouris said the accusations were both unfair and over the top.

He suggested the president’s adversaries are using the matter as fodder for a personal attack.

Nouris asked how foreigners investing more in Cyprus than what was required could possibly be construed as corruption.

“They invested €19m when they were obliged to invest only €15m. It would have been corruption had they invested less.”