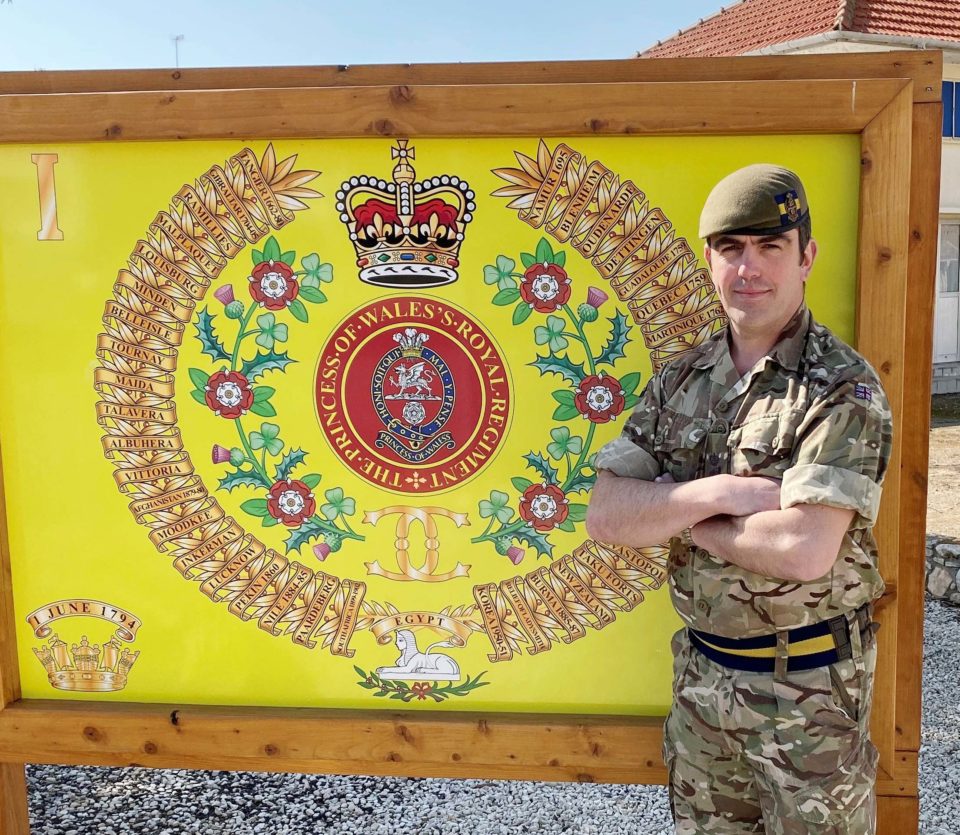 The 1st Battalion The Princess of Wales’ Royal Regiment has welcomed a new Commanding Officer to the Alexander Barracks this month, with Lieutenant Colonel Andy Wilde saying he cannot wait to get started.

The new CO, who takes over from Lt Col Mark Nooney, has arrived in Cyprus on his first posting to the island and he admits to have already seen some of the “outstanding work” taking place in the Eastern Sovereign Base Areas.

As part of his role, Lt Col Wilde will also take up the reins as the Dhekelia Garrison Commander, a new challenge for an infantry officer.

Speaking from his battalion’s headquarters, he said: “To become the new CO of 1 PWRR is a huge privilege for me and I have already been humbled by the dedication to deliver Cyprus operations inside the battalion and I have seen how hard they are working to achieve that.

“From the Station side of things, there is also a realisation of how big a task that aspect of the job really is. There are a lot of demands as the commander here and I am very much looking forward to getting started properly.”

As an infantry officer, the day to day command of a battalion comes naturally but it is the extra dynamic of overseeing the smooth running of the ESBA that could prove to be the biggest challenge for Lt Col Wilde.

But not surprisingly, this is one aspect of the job that he is relishing. He explained: “Of course this is a new challenge for me and although I have done some community engagement in a previous role, this is a new, sizable task and one that I am excitedly nervous about taking on.”

Outgoing CO, Lt Col Nooney, did leave him with some words of advice however and they have clearly made Lt Col Wilde relish the job even more.

He continued: “Mark told me about all of the festivities that we get to be involved with and how you get a real feel for authentic Cyprus and that is something I am really looking forward to experiencing.

“In the short time I have been here already, I have met lots of different people and they have all been so friendly and supportive and I want to get out and meet as many of those people living and working here as possible.”

Looking ahead to his tour, Lt Col Wilde, who joined the Army in 2002 and subsequently served all over the world, including on operations in Afghanistan, said he was keen to bring the community even closer together and with the next three changeovers for the Resident Infantry Battalion (RIB) already planned, he revealed that was also in his thoughts.

“We already know the next three battalions that will be deployed to Cyprus as the RIB and I think it is important they are aware of what is happening here, even before they arrive and I plan to look at ways of doing that.”

A rugby enthusiast and qualified coach, Lt Col Wilde also said that sport would play a huge role during his time in Dhekelia.

“I am very keen to encourage even more sport in the community,” he commented. “And I want to see how we can use sport to bring both the military and civilian community together. That obviously includes our schoolchildren from the Bases and Cypriot community living within the SBAS.

“There is so much good work going on here in Dhekelia and I want to encourage that to continue and to see how we can make it even better.”

Akinci is a man of peace