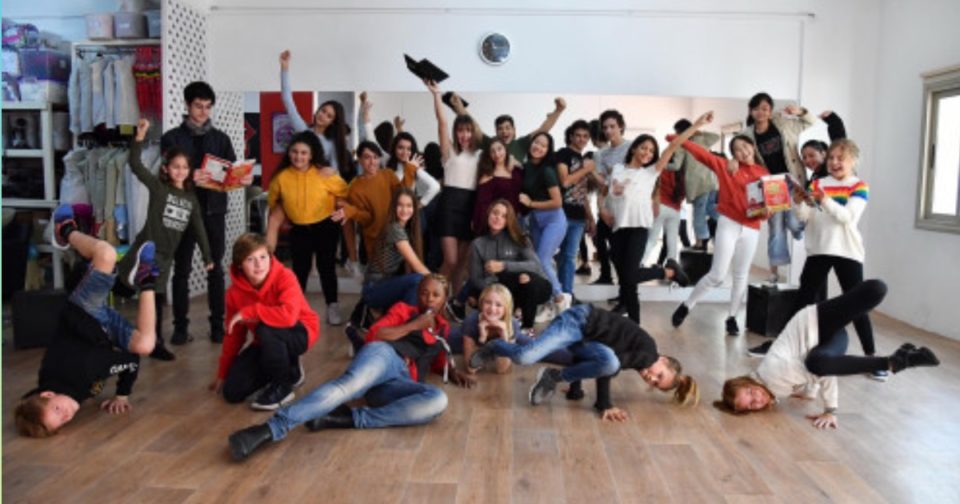 There’s no teenager who grew up in the 2000s that doesn’t know of Disney’s High School Musical, with Troy’s good looks, Corbin’s big hair and basketball outfits and Sharpay’s musical numbers. It’s the film that kickstarted Zac Efron’s acting career and gave us catchy songs about high school life.

For those not familiar with the musical, the story follows a popular high school athlete and an academically gifted girl who get roles in the school musical and develop a friendship that threatens East High’s social order. It’s all about issues of first love, friends and family while balancing their classes and extracurricular activities.

If you need reminding of the story or want to be introduced to it, a local production is coming to Paphos next week featuring young stars. Michelle Nonyelu, hand in hand with Natalie Thompson and Melanie Ballard, have created a theatrical frenzy with the 40 talented international children who make up the cast of High School Musical. Disney Channel’s smash hit movie musical will come to life on the main stage of Markideio Theatre on February 22 and 23.

It’s the first day after winter break at East High as the play begins. All the students find their cliques, recount their vacations and look forward to the new year. Basketball team captain and resident jock Troy discovers that the brainy Gabriella, a girl he met on winter vacation, has just enrolled at East High. They cause an upheaval when they decide to audition for the high school musical that is being led by Ms. Darbus. Although many guys, particularly, jealous Sharpay Evan, resent the threat posed to the status quo, Troy and Gabriella’s alliance might just open the door for others to shine as well.

The play addresses topical issues of diversity; inclusivity, change and the notion of reaching for the stars no matter who tries to stop you is wholeheartedly embraced.

“On a daily basis, I work with young people who are struggling with self-esteem issues and thus align themselves with what is familiar and therefore safe in their eyes,” said director Michelle Nonyelu. “High School Musical suggests that they should dare to venture into the unknown and associate with other groups as in there lies their development. I am so excited as the cast has learnt so much from the themes and issues raised in the play and I know the audience will too.”

Cyprus has highest rate of marriages in the EU