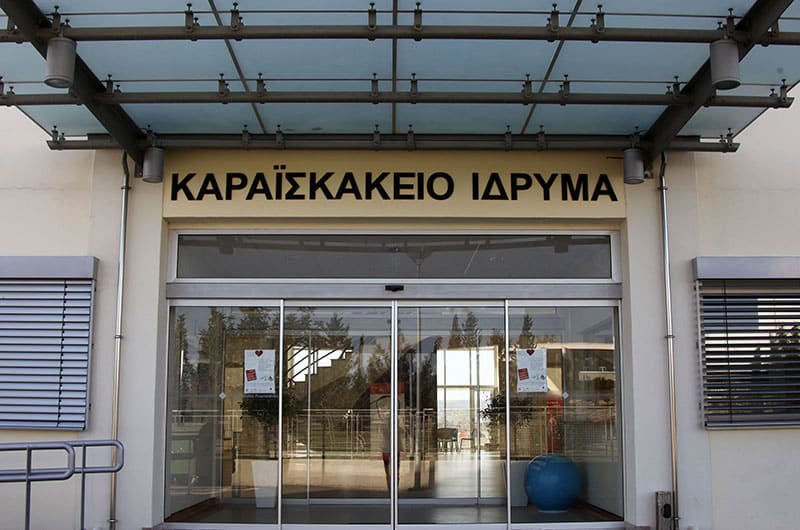 Around 750 people signed up as volunteer bone marrow donors from 55 different companies during the ongoing campaign under the title Together from A to Z, for a world full of children’s smiles. Behind this initiative, are two female volunteers, Maria Nicolaides and Michelle Karaolidou.

“The campaign achieved its purpose, as some newly listed donors already matched with leukaemia patients,” Nicolaides told the Cyprus Mail.

The idea was for companies to donate a letter from their corporate logo, exchange it with Karaiskakio’s, and form a positive word for leukaemia and blood disorders patients. The company assigns a representative to become Karaiskakio’s ambassador, with the potential to cheek swab staff who are willing to register as bone marrow donors at work.

Cyprus Mail supported the initiative of the two women by adopting the campaign and organising a swab sampling at the newspaper’s offices throughout the week.

The chosen word of the company is ‘persistence’ sending a message of hope for anyone going through a rough patch, because “the one who persists, wins the battle.”

Marios Georgiou, the supervisor of the bone marrow donor registry at Karaiskakio said “persistence and patience are needed to fight blood cancer.”

“Persistence suggests ‘I want to win this’” he said.

The president of the foundation Popi Nikolaidou said in a recent speech that nearly 700 people are diagnosed with blood cancer every year in Cyprus. Karaiskakio is fighting against all odds and has managed to organise the largest registry per capita in the world with more than 190,000 locals listed as potential marrow donors in the global registry.

The need for volunteer donors is still great, especially for Cyprus. The high genetic heterogeneity due to the mixed marriages makes it even harder to match DNA.

About 32 percent of leukaemia patients in the island do not find a matching donor anywhere in the world, research data suggest.

“As soon as a patient finds out there is a donor for them, they find the strength to fight it, they regain hope” Nicolaides said.

The campaign launched last October and was set to end by February, however people demanded to extend the deadline. A “surprise” will also be announced at the event marking the end of the campaign in a few more months.

Cyprus will take steps to prevent opening of Varosha by TCs