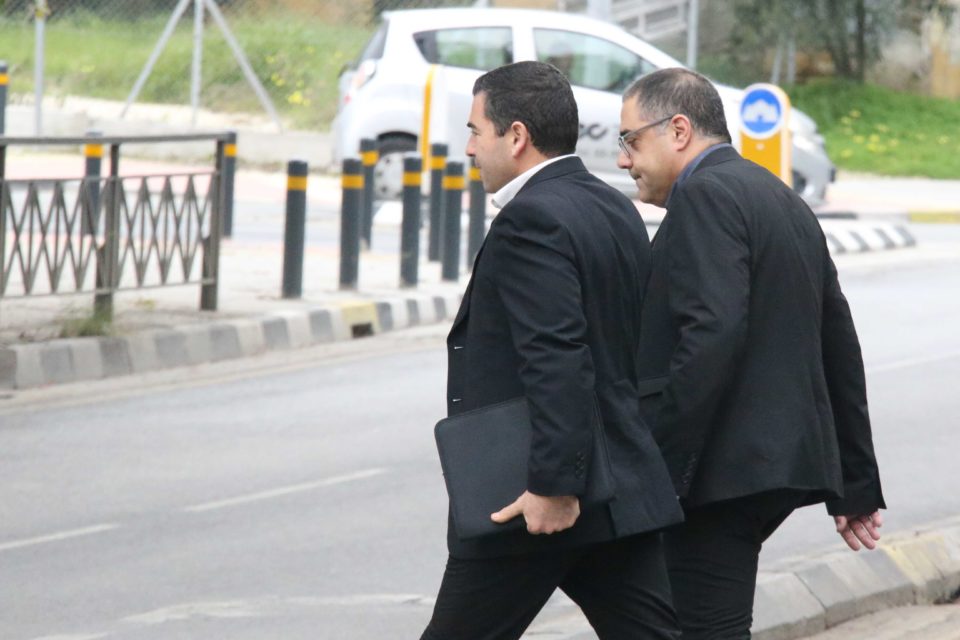 MEP Demetris Papadakis, who was ousted by Edek over the alleged misuse of EU funds, accused party chairman Marinos Sizopoulos of ordering an undercover sting operation against him aiming at his political extermination.

Sizopoulos on Friday declined to give police a statement over the allegations, which, along with certain other internal party issues, were used to oust Papadakis on Monday evening.

He insisted that the information was passed on to EU authorities, even when visited by two CID detectives after refusing to go the police HQ for a statement. Police said they would ask the attorney-general for further instructions.

The spat between the two men took a turn for the worse after Papadakis alleged that Sizopoulos had put him under surveillance and violated his private life.

Papadakis was referring to an undercover video, which allegedly showed that the MEP’s office was in the same premises in Nicosia as a company that helped people quit smoking.

The video showed a woman selling the company’s services to two men who posed as clients.

“We have reasonable suspicion there is a criminal organisation, which tried to mislead in a bid to collect evidence by deception,” Papadakis said. “My lawyers are dealing with all these, I have nothing to fear,” he told Alpha television.

The MEP openly accused Sizopoulos of being involved in the affair, claiming the video showed individuals “who are closely linked with Mr Sizopoulos.”

Earlier, two CID detectives visited the Edek chairman at the party’s HQ in Nicosia but they were told that all the pertinent information had been handed over the European Parliament on February 10. They in turn said they would seek assistance from Cypriot authorities if necessary, according to Sizopoulos.

“Therefore, our responsibility ends here and from now on, as Edek, we will not deal further with the matter of Demetris Papadakis’ ejection,” Sizopoulos said.

The Edek chairman said Papadakis had not been ousted on this evidence.

“It is clearly a political case and concerns the fact that he has systematically violated the unanimous decisions of the party’s bodies. The rest do not concern and are of no interest to us,” Sizopoulos said.

At that point, Sizopoulos said he had not seen the video, but he called on Papadakis to substantiate his accusations.

“I hope the attorney-general asks him to hand over the information in question.”

According to the charge sheet used to eject the MEP, who continues to hold his seat in the European Parliament (EP), Papadakis had refused to share an office with the party’s European affairs office when “from June 2014 until today, the MEP’s office is housed together with a private for-profit company, covering all the expenditure with funds from the EP.”

Papadakis was accused of using EP funds to employ an individual since 2014, who is the owner and director of a private company.

“The individual in question provides people with services that have nothing to do with the obligations of an MEP.”

Papadakis was also accused of breaching an agreement he had entered into with Edek where, upon his election as MEP on their ticket, he undertook to uphold certain obligations expected of party officials as stipulated by party rules. Namely, that he would relinquish 10 per cent of his monthly salary to the party.

“Specifically, you only paid 10 per cent for January 2019 and from August 2019 until today. The rest of the time, your contribution was either nil, or €20 per month,” the sheet said.

Save a life with a swab