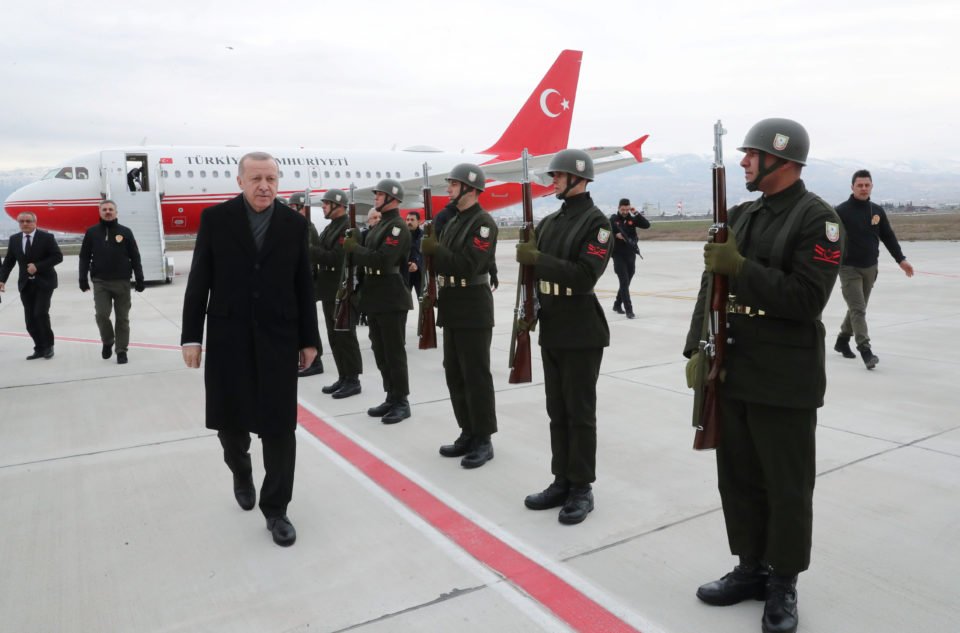 In parts of Syria dubbed “de-escalation zones” by the government, what could yet prove a new regional conflict is escalating fast.

Its protagonists, Turkey on one side and the Syrian government with its Russian backers on the other, had only a few months ago looked open to forging a new alliance. Instead, they are now killing each other’s troops and are at each other’s throats.

This latest instalment in Syria’s war points to a much broader picture across the Middle East. As the United States pulls back and loses interest, the complexity of regional conflict is escalating quickly. In Syria, Libya and Yemen – but also Iraq and elsewhere – regional powers are becoming locked in sometimes bloody rivalry, pushing in more resources as they struggle to gain the upper hand.

Nowhere has that been more apparent than around the Syrian cities of Aleppo and Idlib this month. Syrian troops backed by Russian air power are clearly hoping to crush the last bastions of opposition resistance, opening up supply routes across the country and to the capital Damascus. Turkey, however, is now pouring its own troops into the region, enraged by the death of 13 of its soldiers to Syrian shelling in the last 10 days.

According to the Syrian Observatory for Human Rights, at least 650 Turkish military vehicles including tanks have crossed into Syria since February 2, bringing the Turkish military presence in the country to nearly 6,500. On Monday, it said Turkish forces had shot down a Syrian attack helicopter, killing three crew, while Russian air strikes were reported close to a new Turkish military column entering the country.

On Tuesday, Turkish President Tayyip Erdogan struck a defiant pose, warning that Turkey would take military action across the whole of Syria should any more personnel be killed or wounded. The face-off, however, is hurling a wrecking ball through what until recently had been one of Erdogan’s diplomatic priorities, a rapprochement with President Vladimir Putin’s Russia. Last year, against the protests of its Nato allies, Turkey took delivery of a state-of-the-art Russian S-400 air defence system, and there has also been talk of Ankara purchasing Russian fighter jets after being suspended from the US-led F-35 Joint Strike Fighter programme.

Whether that partnership can survive events in Syria is a very different question. Since 2015, Moscow has staked much on its most aggressive military intervention outside its borders since the Cold War. Putin and other senior officials have met regularly with both Erdogan and Assad – who were themselves one-time allies who fell out catastrophically at the beginning of the “Arab Spring”.

The impact of those protests and revolts, which began a decade ago this December in Tunisia, upended multiple long-term regional relationships. In the Gulf, they left Qatar pitted against the United Arab Emirates, Saudi Arabia and others. In Syria, they have unleashed a humanitarian catastrophe and a conflict that has affected almost all its neighbours.

In truth, even those who worked in the Obama administration concede the United States never really managed a coherent Syria policy, but the Trump administration clearly has little or no interest. President Donald Trump’s surprise decision to withdraw troops from Syria, abandoning local Kurdish allies, did not just usher in the Turkish military intervention. It raised serious questions across the entire region about Washington’s potential sticking power. Nor is there any clear Western policy direction regarding the region’s other most serious conflicts, Yemen and Libya. Both are getting more bloody and sophisticated, with their own regional knock-on effects.

In Yemen, the war between Houthi rebels and Saudi and Emirati-backed forces threatens millions with starvation and water shortages, while providing a breeding ground for a locust outbreak now also seriously affecting countries in East Africa. In Libya, a growing conflict between the UN-backed government and rebel commanders is drawing in other countries, once again including Turkey. Iraq is in the midst of its own very particular crisis, deeply divided on sectarian lines over the presence of both Iranian and US forces in the country. Again, how the United States will choose to play that in an election year is hard to tell. Early results for the primary season, however, suggest that if Bernie Sanders wins the Democratic nomination, both major contenders may run on a pledge to pull back military forces from the Middle East in particular.

There would be many in the region and beyond who would welcome an end to America’s “forever wars”. If Syria is any guide, however, Washington’s withdrawal might usher in yet more bloodshed and uncertainty, particularly if the region’s most powerful countries continue to believe they can often achieve as much with military action as by negotiation.

Our View: More positives than negatives in Moneyval report