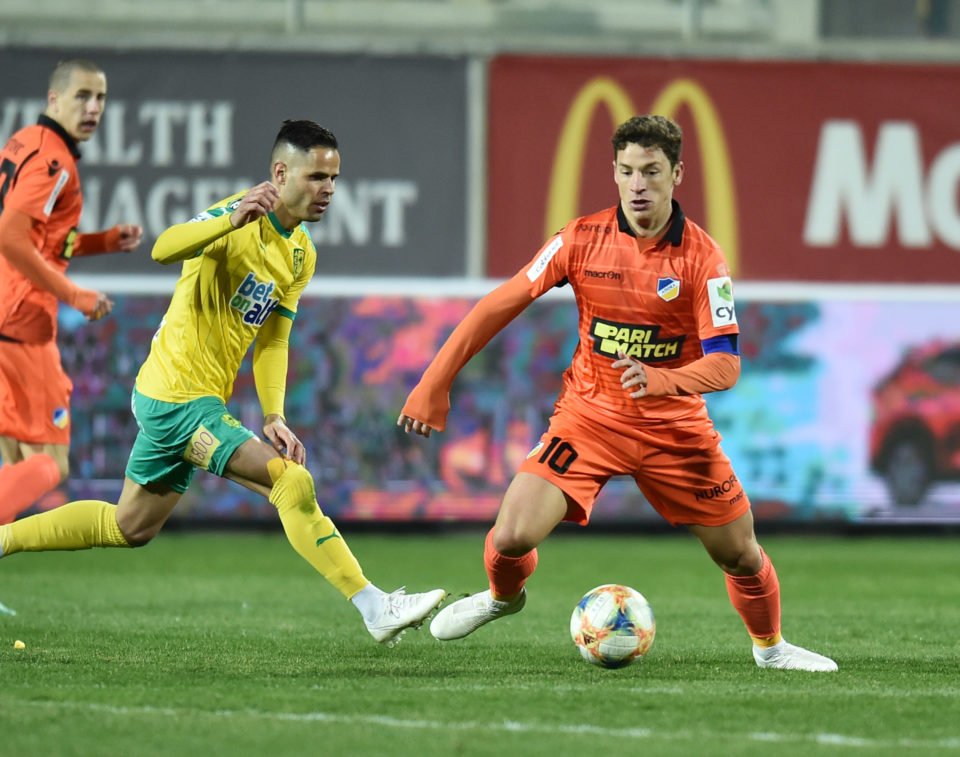 Cyprus football has been rocked by a series of scandals in recent weeks with one referee and a club president remanded on suspicion of match fixing. In an effort to allay widespread concerns the Cyprus Football Association (CFA) has decided to appoint foreign referees for crucial games.

They started this in last Wednesday’s Cup game between AEL and AEK and will continue this weekend with the games between Apoel v Apollon and AEL v Omonia, both important games for the top half of the table. On Friday a Slovenian referee was in charge of the game between Ethnikos Achnas and olympiakos.

However what beggars belief is that by their actions the CFA acknowledge that there is a problem, yet the other three first division games will be officiated by local referees as if games involving teams battling against relegation are not crucial just three games before the end of the normal season.

Let’s hope that that they do not bring Mike Dean as his ‘goal celebrations’ might be considered biased to the team conceding a goal.

The 20th round of the championship begins with the clash at the GSP stadium between Apoel and Apollon with both teams in poor form as recent results suggest.

Apoel have just two wins from their last 7 league and cup games while Apollon lost their last two outings in the league against Limassol rivals AEL and relegation threatened Enosis.

The game will be the first one for Apoel’s new coach Marinos Ouzounides, the fifth coach for the champions this season.

Ouzounides had just three days to prepare for this game and his task has been made even more difficult by Apoel’s long injury list with at least 6 first teamers facing a late fitness test.

Dragan Mihajlović is definitely ruled out through injury while midfielder Matic is suspended.

Apollon missed the chance to go level on points with Apoel last Wednesday after they lost their game in hand against Pafos FC but they have already beaten Apoel twice this season in the cup and should fancy their chances against them.

The Limassol team though have lost the sparkle that saw them go on a 10- game winning run. Players like Pedro, Sachetti, and Papoulis, all in their mid 30’s, are showing signs of tiredness and should they play this weekend it will be their third game in 7 days!

Anorthosis’ press spokesperson Savvas Pilakoutas was in confident mood prior to the game against fellow Famagustan team Nea Salmina even though he did admit that ‘games against Salamina are never easy.

Nea Salamina are a couple of points outside the top six group and will battle hard to get something out of this game.

Ael is the team just above Salamina in 6th place and they also have a tough game against second placed Omonia.

In the final two games bottom placed Doxa need a win against AEK to keep alive their slender hopes of first division survival while Enosis will be hoping to continue their winning ways against Pafos Fc.

A friendly gesture and a gift are one and the same