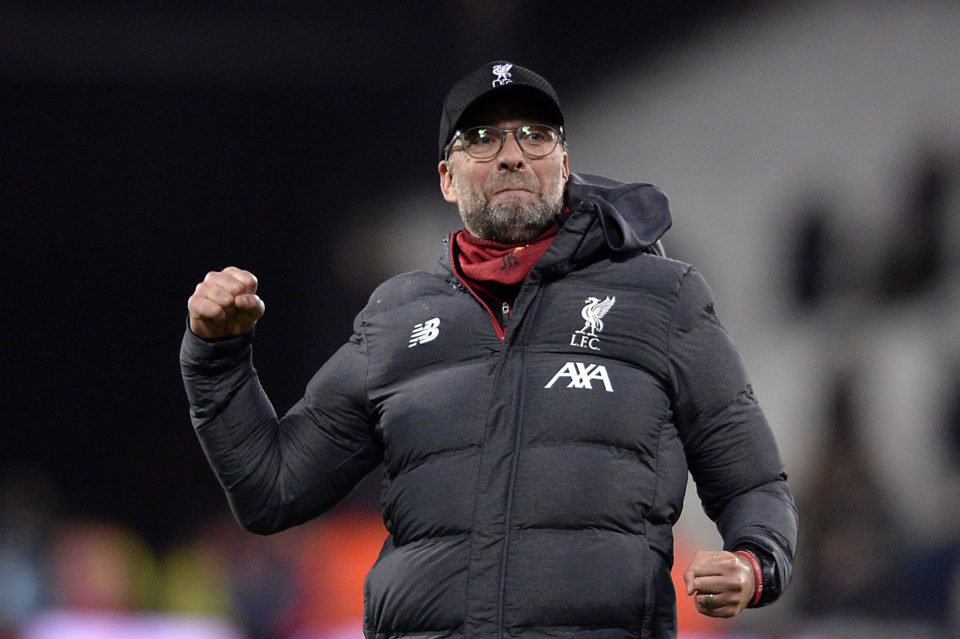 Liverpool manager Jurgen Klopp has no concerns about his runaway Premier League leaders picking up their relentless pace again after their mid-season break.

The German welcomed his players back on Monday for a “dream” week of training after their time off and is confident they will hit the ground running against bottom side Norwich at Carrow Road.

Liverpool have won 24 of 25 league matches this season, dropping only two points, and head into the weekend with a 22-point leader over second-placed Manchester City.

“It’s a pity we had to explain the necessity and how useful a week’s break is,” he said.

“It’s about using this time. Rest is only one word, it’s recovery, recharging, there a lot of things starting with ‘re’ that happened in that week.

“The dream of a manager is to have a full week to prepare a game, then you have an intense training session which you usually can’t have.

“The most intense session is the game in a training week when you play Saturday, Wednesday, Sunday.

“Now it is the other way around and we used the week to train hard, we trained a lot.

“You don’t really lose rhythm for the games but your own rhythm for playing football but that was done Monday when we started.

“Coming back you are looking forward to the next game like you didn’t play for the last half-year.”

The break has allowed forward Sadio Mane and midfielder James Milner to fully recover from hamstring injuries, which leaves only Xherdan Shaqiri (calf) as the only absent member of the first-team squad.

“Of course they are in contention, that’s clear,” added Klopp.

“When Millie and Sadio are back, you start thinking immediately (about using them). That’s how it is.

“It looks like, and I hope it stays like this, apart from Shaqiri, (Nathaniel) Clyne and (Paul) Glatzel, all players are in training.

“We have some good options and we have to hope it stays like this. It will be really great for the very decisive part of the season.”

While Klopp is only focused on this weekend’s game he is having to give some thought to an issue looming for the summer after reports in Egypt suggested Mohamed Salah will be called up as an overage player for the country’s Olympic squad.

The event takes place at the end of July-start of August and would mean the forward would miss a key part of pre-season training.

“Do I want to lose a player in pre-season? Of course not. That’s clear. But we have to consider different things. I will speak with Mo and all that stuff,” said Klopp.

“We are completely clear about what we want, but we need more information – how will it look, when will the preparation start, all that stuff, and nobody has really contacted us so far, it’s just in the media.

“It’s difficult to get in contact with me using the newspapers over there because most of the things I don’t read.

“No decision yet, but we will see.”