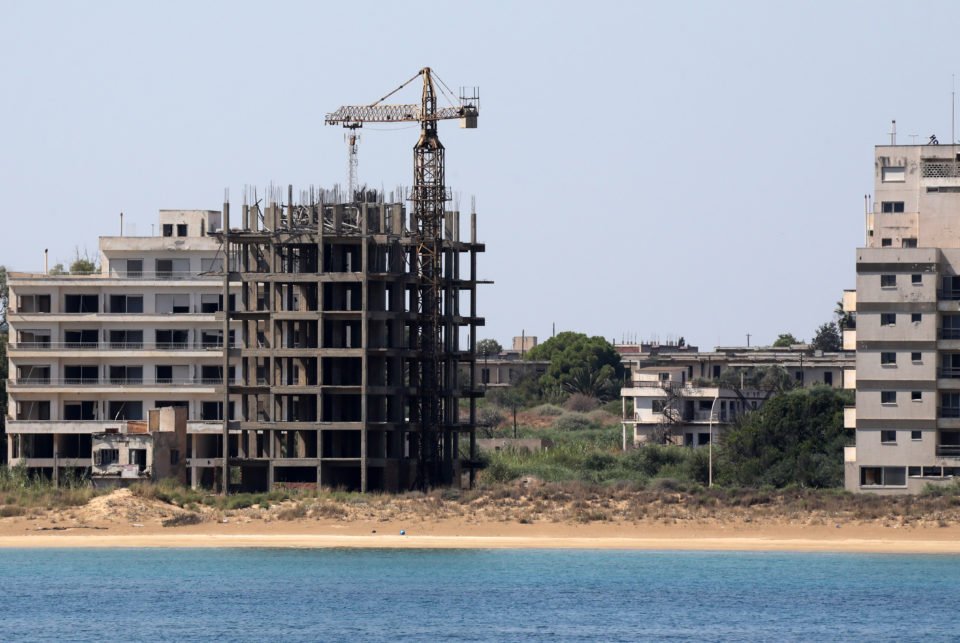 Turkish and Turkish Cypriot officials met on Saturday in Varosha to discuss potentially re-opening the fenced-off area after 46 years, a move that Ankara said was a “historic” opportunity to bring tourism and economic benefits.

Oktay told attendees that it was a historic day and that it was neither legal nor politically or economically acceptable for this area of Famagusta, which he called a “heavenly coast”, to remain idle, Turkish Cypriot media reported. He said it was time to lift Varosha’s fenced-off status.

Oktay, who is in charge of Turkish Cypriot-related affairs within the Turkish government, said “this magnificent view” had been turned into a ghost town during half a century of seeking peace on the island, adding that Turkish Cypriots could not wait another half century.

According to Yeni Duzen, he said that the Turkish nation “brings peace wherever it goes”.

On the issue of property, he said Evkaf land could not be sold, while others could file property claims with the Immovable Property Commission. He was referring to the claims of Turkish Cypriot religious foundation Evkaf that it owns most of Varosha.

In an interview with Turkish channel NTV while in Varosha, Oktay said that it was time for change so that people could enjoy the resort.

He said the round-table discussion was on the political and economic aspects and was part of the inventory on buildings and other infrastructure .

Oktay said they would look into the state of the approximately 8,650 buildings in Varosha.

“There are banks, workshops, car dealerships, markets. Time stopped. There are remarkable hotels, even after half a century,” he said.

He added that a study into the Ottoman archives would be completed soon since Varosha was Evkaf land prior to 1878, the year the island passed under British administration.

“No matter who lived here in the past, Varosha will be a place where everyone wins,” he said.

Moves to open up Varosha, first mooted last year by Ozersay, and universally condemned by Greek Cypriots have also been criticised by many Turkish Cypriots who took part in a protest earlier in the day outside Varosha.

Representatives of the Famagusta Initiative, the Leftist Movement, parties New Cyprus and United Cyprus, of the Turkish Cypriot teachers’ union KTOS, press union Basin-Sen and DEV-Is union marched towards the fenced-off town but were barred entry which led to some scuffles.

Head of KTOS, Burak Mavis, said Famagustans were not only those who speak Turkish and called for the return of Varosha to its rightful owners.

In the afternoon, the mayor of Famagusta and members of the municipal council held a protest at the Dherynia crossing after meeting to discuss steps over action they would take to protest the planned opening of Varosha by the north and Turkey.

He added that they had sent a letter of protest to the UN secretary-general and the permanent members of the UN Security Council and were expecting a meeting to be arranged with the UNSG’s Special Representative in Cyprus, Elizabeth Spehar.

Protest over felling of old trees in Paphos park