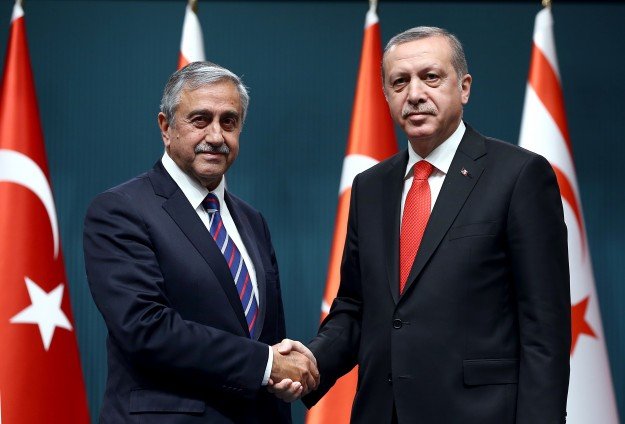 As tension between Turkish Cypriot leader Mustafa Akinci and Ankara reaches new heights, the upcoming elections in the northern part of Cyprus are increasingly turning into a showdown over the Turkish Cypriots’ sense of dignity in the face of Turkish oppression, observers say.

Akinci was relentlessly criticised this week, some would say threatened, by Turkish officials after he, in response to a question by the British newspaper Guardian on the possibility of Turkey’s annexation of the north, said: “It’s a horrible scenario.”

Turkish President Recep Tayyip Erdogan described Akinci’s comments as “very unfortunate”, while Turkish Foreign Minister Mevlut Cavusoglu said Akinci is “unreliable” and accused him of “supporting terrorism”. Turkish Vice President Fuat Oktay said Akinci’s attitude would “not be tolerated”, while Erdogan’s chief advisor Yigit Bulut wrote that they would “fight with the last drop” of their blood against a fait accompli in Cyprus. Among other statements were calls to “to go to Cyprus and work so that he doesn’t win” and “blow him up like one of the PKK leaders”. AKP senior official Metin Yavuz said Akinci “needs to be a man before he can be a leader”. “If it weren’t for us, you couldn’t have even become a trashman, let alone becoming a president,” Yavuz added.

Despite the head-spinning attacks and sustained pressure, Akinci, who announced his candidacy for the April elections earlier this month, stood his ground and said the people would respond at the ballot box.

Many Turkish Cypriots – already increasingly restless in the face of what they describe as the ever-growing Turkish oppression – saw the latest incident as an insult not only against Akinci but also their own identity and a direct interference in the elections.

Social media was bombarded with messages of support for Akinci.

“We are faced with an organised interference,” wrote Abdullah Korkmazhan on social media. “This election has become an election of existence vs. extinction, obedience vs. free will, captivity vs. freedom.”

“This election is closely connected to the issue of dignity,” said assistant professor Dr Umut Bozkurt from the Eastern Mediterranean university. “Turkey wants Turkish Cypriots to constantly feel indebted, to have gratitude. And the Turkish Cypriots are in search of dignity. More dignified relations with Turkey is something supported by the majority of Turkish Cypriots from left to right. This is why Akinci has a big support. And this is also what sets him aside from the other candidates.”

Researcher Mine Yucel, who has repeatedly found that Akinci leads the opinion polls in the run up to elections, said there is widespread fear among Turkish Cypriots that they will lose their culture and identity. “And Akinci represents the fight to protect these,” said Yucel.

Although his unyielding stance has gained him huge support, some analysts warn that polarisation may scare some Turkish Cypriots, who feel they depend on Turkey for their livelihoods.

“Akinci’s support seems to have grown,” said senior researcher Mete Hatay from PRIO Cyprus Centre. “But there are also some people who want a dignified life, yes, but whose jobs, salaries are secured by Turkey. They don’t want confrontation. They don’t want the price of dignity to be too high.”

The rift between Akinci and Ankara, which became public in April 2018 over the nature of a settlement in Cyprus, widened dramatically last October, when the Turkish Cypriot leader, commenting on Turkey’s operation in Syria, said: “Although we call it Peace Spring, it’s not water that’s flowing, it’s blood.” Akinci “should know his place,” responded Erdogan. “The office he presides over is not an office he secured with his own power. It is an office won by the fight of the Republic of Turkey.”

The common criticisms directed at Akinci by his opponents and some columnists is that he is deliberately creating tension with Turkey as an election ploy. However, a close associate disagrees.

“This is Akinci’s character, style, nature,” said the associate. “He is not a diplomatic person. On top of that, he is very emotional. He never feels the need to beat about the bush. He is very direct… He is also a bit arrogant. He doesn’t compromise his beliefs. And he genuinely doesn’t get this outburst in Turkey. He believes it is disproportional.”

According to this close associate, Akinci has a strong sense of belonging to the Turkish Cypriot identity. “He is aware of the existential threat for Turkish Cypriots and he is already reacting against it.”

A brief look at Akinci’s past reveals that he has consistently advocated the need to redefine relations with Turkey and never shied away from standing up for his beliefs, even when the political cost was high.

When he was in the ruling coalition in 2000, Akinci got into a big row with the commander of the Turkish security forces in the north over transferring the control of Turkish Cypriot police from the Turkish military to civilian authority. During a ceremony, Commander Brigadier Ali Nihat Ozeyranli harshly criticised this decision, prompting Akinci to stand up, say the commander’s statements were not in line with democratic principles, and leave. Akinci later organised a press conference, where he famously stated: “The commander has exceeded his authority.” His coalition collapsed as a result.

Later, in 2003, during a conference in Majorca, Spain, Akinci publicly called upon the then-Turkish Prime Minister Erdogan, who was also present, to stop transferring population to Cyprus. Many political analysts believe that if it weren’t for these incidents, Akinci could have played a more central role in Turkish Cypriot politics during the Annan Plan period leading up to the referendum in 2004.

It goes without saying that a solution in Cyprus is not possible without Turkey’s cooperation and consent and if he is elected for a second term, Akinci will have to establish a positive and constructive working relationship with Turkey for the sake of the negotiations.

“Akinci should be more careful with things that are obvious to cause a stir,” warned Bozkurt. “He needs to think twice before speaking. A president should be different from an activist. This is critical because if he loses, Turkish Cypriots will say goodbye to a solution as well as their dignity.”

But according to Hatay, if Akinci is elected with a strong mandate, Turkey will have to recognise and respect this.

With the current rule in Turkey, where opponents are penalised some analysts believe that Akinci’s victory would act as a strong message from little Cyprus to an autocratic giant.

“These elections now have a whole different meaning,” wrote journalist Hasan Kahvecioglu. “Will Turkish Cypriots obey or protect their own identity. Akinci’s victory will not solely be the victory of a party or an individual. It will be the victory of a community that stands tall.”