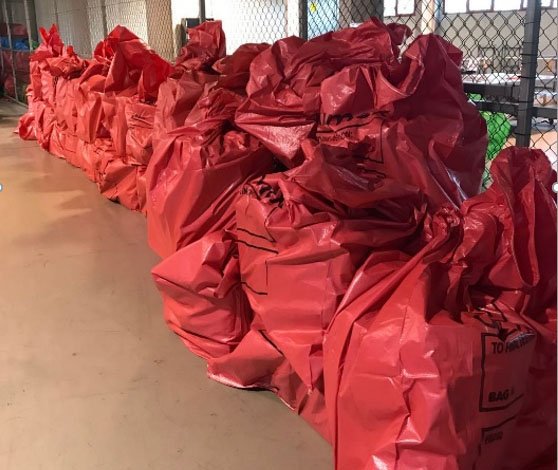 Upon the onset of the novel coronavirus in Wuhan, a city of over 11 million population in the central part of China, it has become a daily topic within the Chinese community in Cyprus although no case has been reported so far on the island – two suspected cases identified at Larnaca airport were already cleared.

As more and more cases were reported in China, the Chinese residents on the island began to share all sorts of information in their WeChat groups. When the situation in China became worse, they started to take preventive actions.

Some cancelled their flights between Cyprus and China, even it was the most important time of the year for the Chinese – the Spring Festival, a time for family reunions and visiting relatives. Some who had booked plane tickets to Cyprus because they must come to Cyprus at least once every two years for their permanent residence visas not to be cancelled, ultimately cancelled their travel despite the risk of losing their visas.

Some have reduced their exposure in crowded public places (for example, supermarkets), as well as their private gatherings – not only for their own safety but for the good of others. One posted a message in a WeChat group, saying that “We’re not going out for socialising. And we’ll purchase more than usual in the supermarket to reduce our exposure in public places – just not to make people scared when they see a Chinese face.”

For those who had to come back to Cyprus, they quarantined themselves after returning from China. Hu Xue, a Chinese lady living in Limassol, posted on her WeChat Moments, saying that “Finally back to Cyprus. I’ve rented an apartment room in advance and quarantined myself.” She told me that she would stay in the room for two weeks.

On February 10, an elderly English couple made their appearance in a Chinese food store in Paphos and bought a big bag of rice. When asked why they were buying so much rice, they said that their Chinese neighbour had just come back from China and quarantined themselves at home, so they decided to buy some daily necessities for them.

Many Chinese residents have made donations in one way or another for their country to combat the virus. The Chinese Friendship Association Cyprus also initiated a donation event, calling on their fellow Chinese to provide support. They bought 20,000 surgical masks – it’s hard to find more in Cyprus and sent them to China.

Due to the large population base, China has been running short of medical protective gear since the onset of coronavirus. Many doctors and nurses are using diapers to keep their protective gears in use for more hours.

He Xuwen, a Chinese lady living in Larnaca, told me that her cousin, CEO of Hunan Hongtai Electric Power, had asked her for help to buy 100,000 medical masks as his personal donation to Loudi City Emergency Authority of Hunan Province, a neighbouring province of Hubei province.

This was a really big task! But with the help from her friends in Cyprus and the parents of her son’s classmates, who searched Egypt and other countries to find mask suppliers, she finally made it. Then came the problem of how to transport all these masks to China as soon as possible. Luckily, the logistics company Aramex offered great help with a fast response and was able to send the goods to China on January 29.

“Without these people’s help, I just can’t imagine how I could be able to make this happen within such a short time!” Ms He said.

Lin Fu is a Chinese permanent resident in Oroklini, Larnaca

Our View: No logic to closing supermarkets on Sundays

The economics of the coronavirus #2