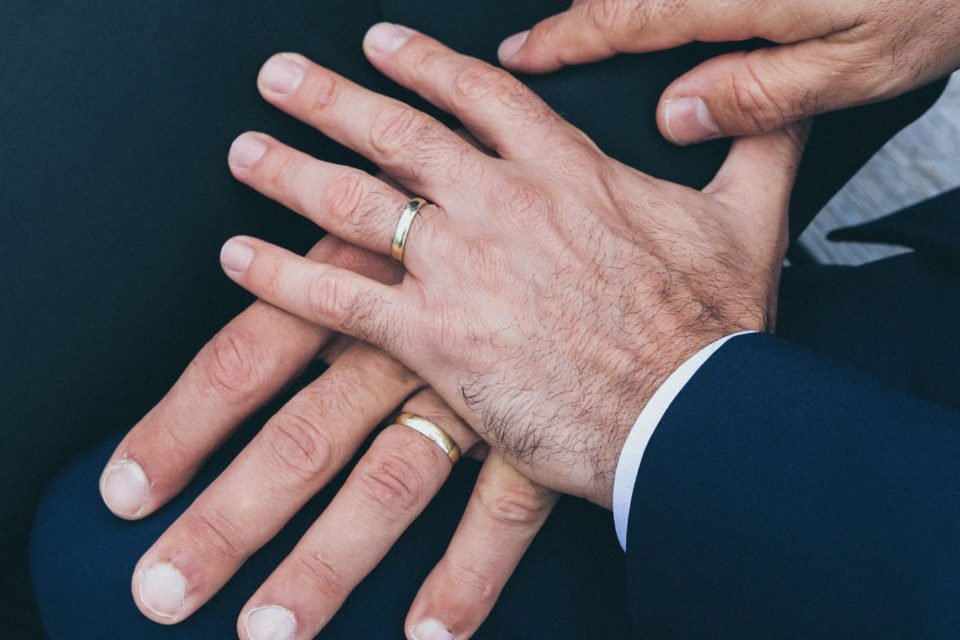 A gay couple is battling for their right to have their civil union performed in another EU country recognised and ratified in Cyprus.

Erkin Fellah, a Cypriot citizen of Turkish Cypriot origin, and a Turkish national who prefers to be known by his initials AA, met four years ago and decided to get married in Denmark in January 2019, as the Scandinavian state is one of the very few in the European Union that accepts gay marriages without having to be a permanent resident of the country.

Denmark was the first country in the world to grant legal recognition to same-sex unions, in the form of registered partnerships, in 1989.

Two months after getting married, the two men came to Cyprus, where Erkin was born in Episkopi near Paphos in 1965, with the idea of settling here permanently.

They submitted an application for their marriage to be officially recognised as a civil union, which would allow them to live together as an official couple in Erkin’s house in Strovolos, Nicosia.

The couple claim that six months after they submitted the application, the migration department sent them a letter refusing to recognise their civil union on the grounds that gay marriages are not accepted in Cyprus.

Erkin and AA were both stunned when they saw their application denied.

Even though gay marriages are not yet officially recognised, same-sex civil unions in Cyprus have been legal since December 2015. In addition ahead of its EU membership in 2004, it had to change its human rights legislation, including its laws regarding sexual orientation and gender identity.

There have been 567 civil partnerships in Cyprus since the law was introduced in 2015, of which 100 involved same sex couples, according to the latest official data released by the government in January 2019.

“That’s why we were baffled when we received the letter informing us that our civil union application was denied,” Erkin told the Sunday Mail.

“Because of the migration department’s decision, I had to do a sworn affidavit in court to state that I’m single and carry out a second civil union application in Cyprus, which meant spending more time and money for something that is absolutely unnecessary.

“On top of that I had to lie and say I’m single, when, in fact, not only I’m not, I’m actually legally married,” he said.

“I don’t expect my marriage to be officially recognised, as gay marriages by law do not exist in Cyprus, but the migration department had no ground to refuse our civil union application.”

Erkin and AA are having a hard time dealing with the amount of paperwork required to fill a second application for their civil union.

Because the documents have to be officially signed and stamped by several departments located all around Nicosia, Erkin, who is the only one of the couple allowed to work in Cyprus, is constantly forced to take days off from his job.

“On December, 31 the migration department sent us a new letter saying they wanted us to provide them with a contract for our house, medical insurance for AA, for which we paid an additional €175, after he already presented them with a travel insurance and which they refused,” said Erkin.

“Basically, we are paying double for everything, every paper, every document, every signature. But we still don’t know whether we will be recognised as a civil union.”

When asked about the possible reason behind these delays, Erkin is adamant.

“He is from Turkey, I’m Turkish Cypriot, that’s why! In Cyprus, this is enough for an application being denied.

“Just to give some examples: I went with a friend, a Greek Cypriot one, to renew my ID card and my passport. He’s got his in 24 hours, I got mine in 30 days.”

Erkin also cites a gay Polish couple who married in another country just like he did, obtaining a civil union recognition on the same day.

“I have issues regarding many aspects of my life, not just in this case, because of my origins and of my sexual orientation.”

The couple do not have the money to through the courts.

“We just want our rights to be respected, nothing else.”

“We are a European Union country and we cannot understand the reasons behind the denial of the couple’s civil union application, it makes no sense whatsoever,” a member of the Accept LGBT group told the Sunday Mail, promising that the organisation would do all it could to help the couple.

“Our laws clearly state that, if a couple is married or have been officially recognised as a civil union partnership in any other EU country, they have to be recognised as such here as well.

“Unfortunately, it’s no secret why they are going through such an ordeal. The fact that AA is a Turkish national could be the reason behind the problems they are facing,” he said.

“What’s absurd is the fact that the procedure to become a civil union is a very simple one.”

Neither the interior ministry nor the migration department was available to comment.

Despite all their problems the couple are determined to stay in Cyprus.

“We will not give up. It never even crossed our minds to try and settle in another place other than Cyprus,” Erkin said.

“We love this country, we enjoy being here and we want our lives to be here. But, for that to happen, our rights have to be respected, just like anyone else’s.”