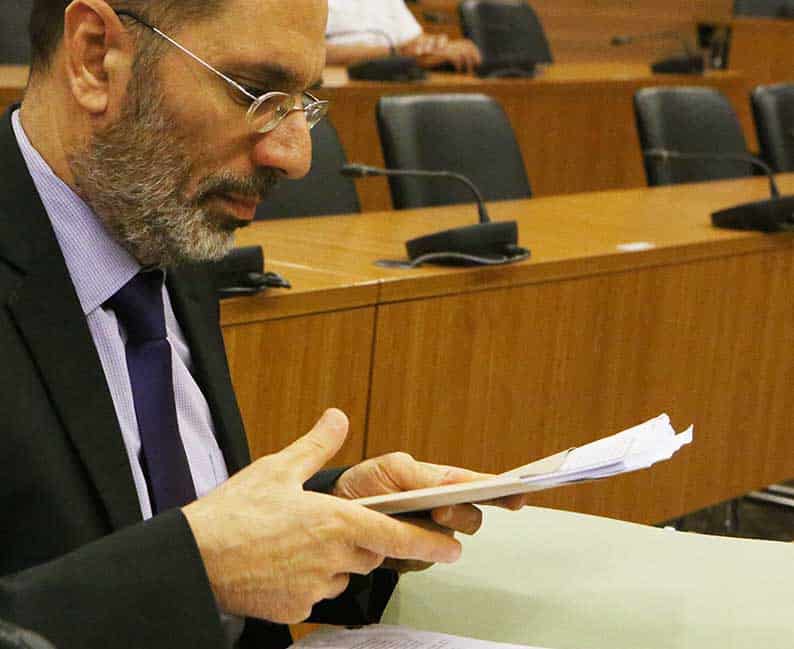 Auditor-general Odysseas Michaelides is suing Kathimerini newspaper for libel over an opinion piece penned by the daily’s editor-in-chief over the weekend, in what is the latest episode in a long-running spat between the two.

The pending lawsuit concerns an item published on Sunday, titled ‘The Lost Odysseas’ and authored by the daily’s chief editor Andreas Paraschos.

In a written statement, Michaelides said he has instructed his attorneys to sue the newspaper, its editors and manager over the opinion piece, which he says contains “unacceptable insults which readers will assume are directed against my person – such as nationalist, racist, chauvinist, misogynist and a misanthrope.”

It is worth noting, the auditor-general added, that the opinion piece appeared right after he had made comments about links between Kathimerini, its holding company SppMedia, and ombudswoman Maria Stylianou-Lottidou – with whom Michaelides has long been at odds.

The ombudswoman’s husband, Christis Lottides, is the publisher of Kathimerini. He is also co-owner of SppMedia.

Last week the ombudswoman announced she would be suing Michaelides for ‘spreading false news’ about her.

Meantime both Kathimerini and SppMedia Ltd – the media group which publishes the paper – are also suing the auditor-general for slander and are seeking a gag order against him.

Responding to Michaelides, Paraschos denied that his item was referring to the auditor-general. Neither Michaelides’ name nor his position were once specifically mentioned.

Paraschos said neither he nor his newspaper wished to enter into a tug-of-war with the auditor-general, whose office and institution they respect.

But Paraschos nevertheless took a swipe at Michaelides, saying that it was the latter himself who was denigrating the office of the auditor-general “by dealing with trifles”.

He cited Michaelides’ recent policy of demanding that Audit Office staff send an SMS on departing for an inspection and also on completing their audit. This was ostensibly to check that staff were not skiving off work.

Pasydy, the civil servants’ blanket union, had protested about this practice and took recourse with the personal data commissioner, who advised Michaelides that the policy constituted a privacy violation and was unlawful.

Paraschos’ opinion piece begins as a disquisition on the travails of the mythical Ulysses (‘Odysseas’ in Greek), but later jumps to the present era.

“And so we arrive at the 21st century with the canny Odysseas now gone astray, unfortunately saddled with all the symptoms of a rotten society, afflicted with ambition and bulimia.

The opinion piece goes on to describe the modern-day avatar of Odysseas as an obsessed, power-mad individual.

“At this point, he turns into a juggernaut, oblivious to all but the triumph of his expertise and authority.”