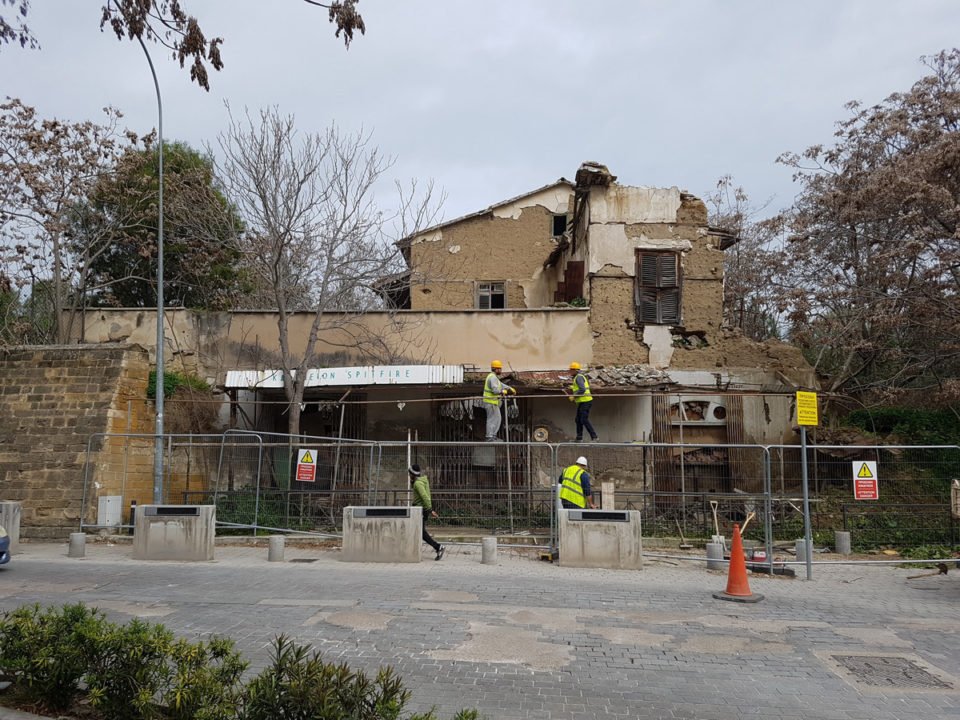 Nicosia municipality may be able to resume shoring up the derelict Spitfire café in the buffer zone shortly, government spokesman Kyriakos Kousios said on Monday.

Work had to be called off earlier in the month due to a standoff with the Turkish army, which the government tried to resolve with the help of Unficyp.

Answering media questions at the presidential palace on Monday, Kousios said there were some positive results. “It is not over fully, but we believe there will be a positive outcome,” he said.

The Nicosia Municipality stopped work to shore up the Spitfire coffeeshop, a dilapidated building on Paphos Gate, after its crews were repeatedly harassed by Turkish troops.

The building, which had been turned into a defensive position by the Turkish military, lies in an area the divided communities had agreed in the past to demilitarise.

In front of the building is a busy thoroughfare used by hundreds of vehicles and pedestrians on a daily basis. It is understood that the road acts as the buffer zone between the two sides.

Work to support the crumbling building, which housed the iconic coffeeshop, had started under the supervision of UN peacekeepers.

The municipality said despite its good cooperation with the Turkish Cypriots, as part of the Nicosia Master Plan, the interventions and harassment by the Turkish military were not prevented.