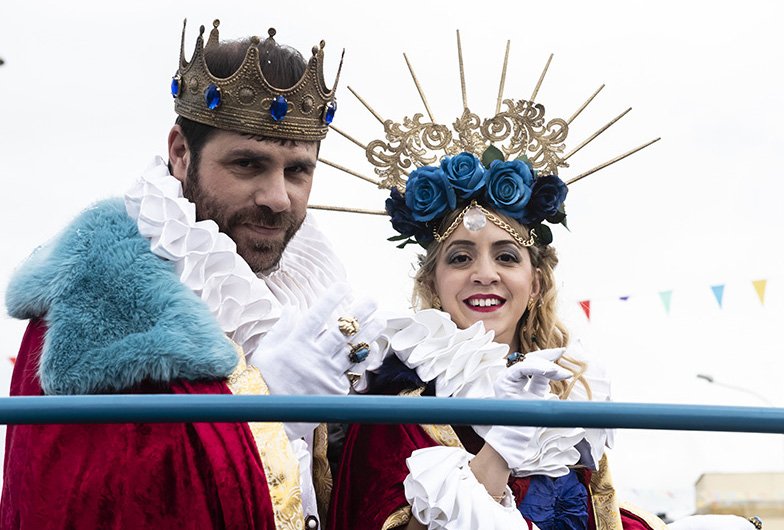 Orthodox Easter this year falls on April 19, which is pretty early. Next year we’ll be celebrating as late as May 2. So once you’ve counted back 40 days for Lent, and allowed another 14 or so for the upcoming festive period, it’s – fanfare please – Carnival time! Bet you didn’t see that coming – or certainly not coming so quickly, anyway!

Of course it’s the parades that are The Big Thing. Limassol tops the list, hosting a massive march past of everyone who’s anyone, and plenty who aren’t but should be. The city pulls out all the stops come Carnival for a celebration that’s been around for decades (back in the 70s, local revelries were already being described as “two whole weeks during which the people of Limassol do little else other than party every single day, drinking, dancing and staying up all night”!). But before these coastal excesses begin, we’re in for a more capital treat: the Aglangia Carnival.

Of all the local municipalities it’s Nicosia’s Aglangia which consistently comes up trumps. And though this may only be three days of debauchery (compared to Limassol, where things go mad for a week or more) it’s an intensive experience.

Kicking things off on Thursday, we’ve got a traditional Tsiknopempti feast. “Lots of food, drinks, music and dancing” are the order of the day, say organisers, promising “wrapped mix with souvlaki skewers, sausage, halloumi, pastourmas, salads of all sorts and lots of zivania.” Held in the Carnival Tent on Kyrenia Avenue, opposite the Church of Apostolos Andreas, this event is free for all – though food and drink will cost a nominal fee – and will continue from noon until late. 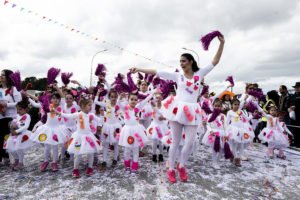 The following day brings the first carnival party of the year, again in the confines of the Tent. “It’s time to get in the PARTY mood and come dance with us! Shake your body to the crazy carnival rhythms!” prompt organisers, suggesting that this is “one party you definitely shouldn’t miss.”

On Saturday we’re staying in the same location, but moving back through time. Running from 8pm till late, the Nostalgia Party is billed as “a unique Carnival Disco & Dance Party from the decades of 70s & 80s – just what the doctor has ordered!” Whether or not this is a medically prescribed event is anyone’s guess, but it might be just the boost you need: “Dress up or come as yourselves!” we’re told; “DJ Claudio and DJ Marcos will be spinning a host of disco classics, there’s food and drink, and carnival surprises for all.”

Lastly, it’s the main event. On Sunday, February 23, the Aglangia Municipality are promising “the most exciting Carnival Parade ever held in Nicosia’s streets; Nicosia’s coolest street parade.” Starting at noon and travelling along the main strip, this will be an extravaganza of mobile music-making, merengue, and general merriment as floats roll down Kyrenia Avenue, and crowds thrill to the sights and sounds of carnival.

There’s even an after party (a little more child-friendly than Friday’s retro iteration) in the vicinity of the by-now infamous Carnival Tent. Cookies, face painting, dancing, tricycle rides and inflatable slides are the order of the final day, with added extras in the form of “costume contests, gifts, and surprises.”

If you’re based in the capital, the Aglangia Carnival is The Event of the season. Before you know it, the Lenten period will be upon us, so let’s get all that cross-dressing, wig-wearing, dancing-till-dawn fever out of our systems – starting now!