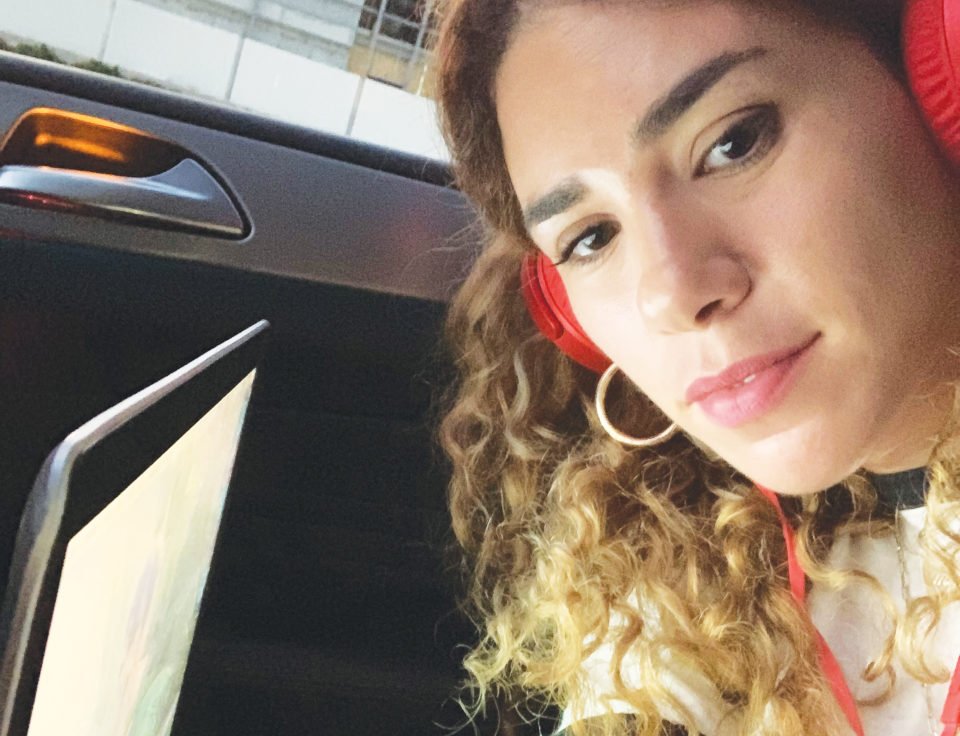 Originally, there was one, and that was Georgie. Cue the Georgie’s Mummy blog. Nine years on, young mum Eleni Antoniou now has three boys, and has just launched a riveting new podcast: Mamma Mu.

It began in 2011 when having quit work to start a family Eleni combined her two main loves – writing and kids – to create Georgie’s Mummy. “I’d left my job as a journalist thinking I’d be back within four months. Instead, I was sucked into the amazing and turbulent life of being a mother. It’s shockingly easy to experience a huge identity crisis once motherhood kicks in,” she says, “so blogging was and is a huge outlet and release; a chance to share my thoughts on motherhood and being human.”

Her blog posts – “a great and easy recipe; a new shop; a life-changing piece of advice” – led to Mamma Mu, Cyprus’ first podcast for women and mums, in November 2019. “Mamma Mu is about growth, change, and resiliency,” Eleni explains. “It’s a space for women in Cyprus to talk about their vulnerabilities and strengths and what gets them up in the morning. Anyone who has a story to tell and life lessons to share will definitely be someone I want to interview: women who have experienced something and have turned those experiences into life lessons. Some of them have written books; others are just very vocal on social media and are doing amazing work helping others. What they all share, though, is that they chose to create a better life by discovering ways to harness health and joy, and have found a means to stop that mental chatter that can do a lot more harm than we think.”

Over the past few months, Eleni has spoken to the vice-president of Birth Forward about the surfeit of C-sections on the island; recorded a candid interview with a woman who has written the first self-help book in the Cypriot dialect; covered conscious parenting with a life coach; and interviewed a psychologist about bullying.

Of the ten episodes currently on the podcast, nine are in Greek. “From the very start, my blog was about writing my truths on motherhood. As soon as I dared to say ‘this mothering gig is really hard’, I was overwhelmed with messages from women expressing the exact same thought.” 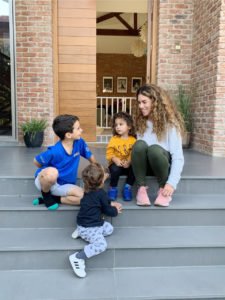 This support went two ways: “The readers’ response caused a wave of relief that cannot be described!” Eleni exclaims. “It boosted my confidence and made me realise that we tend to sweep things under the rug, thinking we’re alone in our emotions. But fear, anxiety, despair, sadness, disappointment and anger are all very real; ignoring them will never help, especially when you’re trying to raise good humans and striving to be a good human yourself.”

But there was one prevailing issue. An English language blog wasn’t reaching the women who most needed support, Eleni determined. “That’s the point of Mamma Mu, to get these messages to an audience who otherwise wouldn’t have access to all the stuff that helped me; that sort of info just isn’t available in Greek. And it’s definitely not offered in the form of a Cypriot podcast.”

Of course, starting something as soul-baring as a podcast was a challenge. “Talking on a podcast show and speaking to an audience have to be among my biggest fears!” Eleni discloses. But despite “almost throwing up when I recorded my first draft and hearing the sound of my own voice” she pressed on, teaching herself the skills required and drawing on the knowledge of podcasts she herself enjoyed.

“I’d replaced listening to music in the car with listening to podcasts, mainly on the school run. This came at a time when I was having trouble adapting to my new life after the birth of my third baby; after what seemed like an eternity of crying and very little understanding of the feelings I was experiencing, I was ready to try anything.” 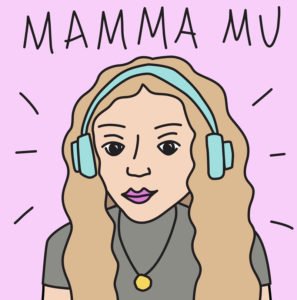 Discovering podcasts on self-care and self-love was the answer. “Listening to talks, interviews and other people’s stories is incredibly therapeutic, and it played a massive role in guiding me through a foggy period. I wanted to be able to do that on a local basis, to create a platform where people could speak freely, tell their story and discover ways to manage the feelings of isolation, depression and anxiety which I had experienced.”

And so, armed with nothing more than a mobile interview kit and her phone, Eleni drove off to speak to the people she felt could most help her audience. “I interview on my phone! In my car!” she laughs. “One of the first obstacles I had to overcome when I decided I was actually going to make a podcast was finding a quiet place to conduct interviews. This was the cheapest and easiest solution!”

It turned out that her interviewees really enjoyed chatting away in a parked car; there’s an intimacy and a relaxed feel you just wouldn’t get in a studio, Eleni suggests. “Plus, Mamma Mu coincides with a real growth in the trend for mums talking more openly about their day-to-day life, accepting their vulnerabilities, embracing their mental health, and caring for their bodies and minds. It’s the perfect space for inspiring women to spread positive messages, to tell their stories of being knocked down and getting get back up again.

“There is,” she adds, “no better way to do that than through a podcast. No ads, no interruptions, no prejudice, no photos, no video. Just conversations with a very simple message: we’ve all made – and will make – mistakes, but let’s just be kind, because we’re all in this together, aren’t we? At the end of the day, we all want to be better parents, or enjoy better health, or find a better job. And, through Mamma Mu, I hope I’m giving people the tools to do exactly that!”

The podcast Mamma Mu is free to download from Buzzsprout, Spotify, Google Podcasts, Apple Podcasts and the Georgie’s Mummy blog at http://georgiesmummy.com/