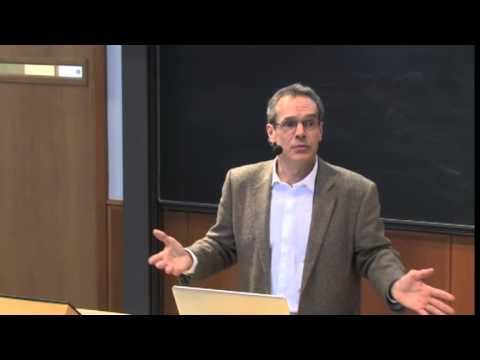 A lecture on Artificial Intelligence: Success, Limits, Myths and Threats’ by the internationally renowned professor Marc Mézard, has been organised by the Cyprus Institute, as part of the annual series of lectures ‘Hubert Curien Memorial Lectures’.

The event, which is open to the public, will take place on Friday, February 21, at 6.30pm, in the event hall of the Cyprus Institute of Innovative Technologies in Athalassa.

During the lecture, Mézard will handle the opening of the black box of so-called robot warriors, who have the ability to make autonomous decisions so that we can understand their boundaries and link their achievements to artificial intelligence, which is expected to have a dramatic impact on many areas of human activity.

Mézard is a theoretical physicist. He holds a doctorate from the Ecole Normale Superieure in Paris, and also has a post-doctoral degree from Rome, and headed the statistical physics team at the University of Paris-Sud. Since 2012 he has been the director of École Normale Supérieure. His main field of research is statistical physics and its use in various disciplines of science. In recent years, his research has focused mainly on the processing of information on neutral networks.

The distinguished series of lectures in memory of Hubert Curien was established by the Cyprus Institute in honour of the late Professor Hubert Curien, one of the most important scientists and politicians of the 20th century.  Curien was a founding member of the International Council of the Cyprus Institute and a member of the Council of Commissioners. Nobel laureates and internationally acclaimed academics, politicians and entrepreneurs specialising in global issues have been speakers of this series of lectures over the years.

Why the UK childcare system is at breaking point