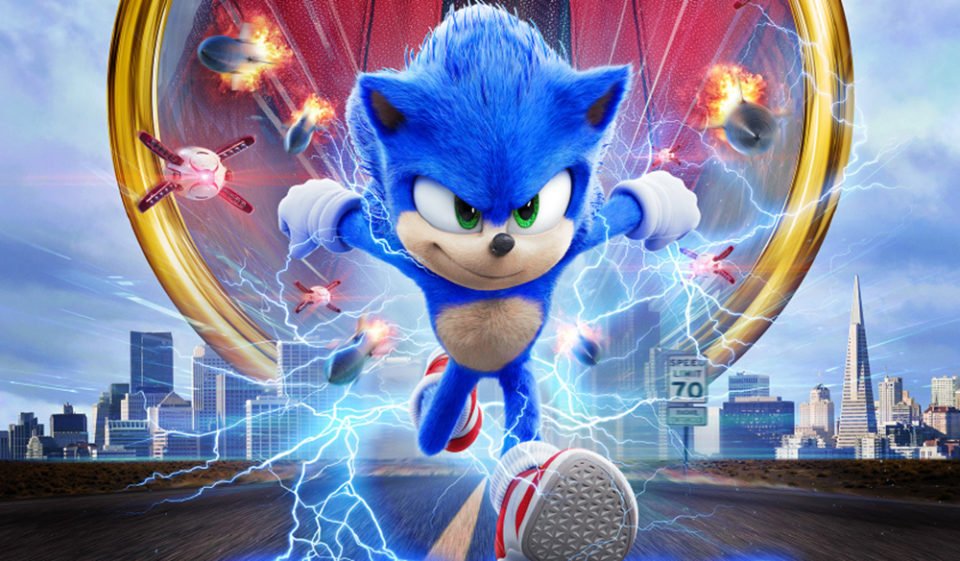 A 1953 essay by Isaiah Berlin, citing the ancient Greek poet Archilochus, divides the world into foxes and hedgehogs: foxes are good at many different things, hedgehogs are driven by one big thing. Parasite, the surprise – not to say shock – winner of Best Picture at last week’s Oscars, is in that sense a ‘fox’ of a film, being good at many different genres: it encompasses social comment, satirical comedy, psychological thriller, family drama, even moments of horror. Sonic the Hedgehog, on the other hand, is… um, a hedgehog.

We jest, of course – and in fact we’ve got it backwards, as will soon become clear. This isn’t a review of Sonic the Hedgehog, mostly because there isn’t much to review (it’s a two-star rating, for the record) – but a couple of things are worth pointing out. Firstly, it’s based on a video game franchise dating back to the early 90s. Secondly, it was intended to come out last November – but an early trailer, back in April, met with a virulently negative response from Sonic fans, so the studio decided to redesign the hedgehog and try again, incidentally pushing the budget up to $85 million.

On the one hand, it’s obviously good business to listen to the fans – i.e. the target audience – and try to allay their concerns. On the other, what kind of creative team changes their entire visual concept because the fans don’t like it? (And it’s not like it was every single person; ‘the fans’ is an amorphous concept, meaning mostly the nerdy minority who rant on social media.) Would Steven Spielberg have redesigned E.T. in 1982, had someone watched the trailer and said ‘Oh, he looks like a turtle’? Admittedly there was no pre-existing property in that case – but that’s the point, this fealty to pre-existing properties. The reason why ‘the fans’ must be listened to is because Sonic is trading on 30-something men’s nostalgia for the video games they played in their childhood. It’s a cash-in, not a creative project at all.

Sonic the Hedgehog is actually quite schizophrenic, like a lot of these movies. On the one hand, it courts nostalgia, on the other it targets little kids who have no nostalgia for the old Sonic. This is why, for instance, there’s a fart joke in the middle of the film, quite out of keeping with the rest of the humour (not that the rest of the humour is exactly sophisticated); the CGI hedgehog suddenly lets one rip – with a quip about eating chili dogs – for the express purpose of amusing the nine-year-old contingent in the audience. But then we also get puns, plus a twirly-moustached Jim Carrey doing a flamboyant schtick based (deliberately, I’m almost sure) on Professor Fate from The Great Race, a film made in 1965, and even Sonic – when he’s not being flatulent – specialises in sardonic remarks aimed at an older crowd (“Can you believe Amazon’s going to deliver packages with these things?”). There’s no tone, just a little bit of everything.

“For there exists a great chasm,” wrote Isaiah Berlin, “between those, on one side, who relate everything to a single central vision… and, on the other side, those who pursue many ends, often unrelated and even contradictory”. The latter are the foxes – and Sonic the Hedgehog, in the end, is the fox in this comparison, a film without a central vision (unless making money counts as a vision), throwing motley ingredients in the pot and hoping ‘the fans’ will be happy enough to part with their cash. Parasite, on the other hand, is the hedgehog movie, because it stems from a clear, powerful vision – the vision of writer-director Bong Joon-ho, who not only ties the various genres together but also, for instance, imposes a visual consistency. Parasite is built around a very clear vertical motif, the upper classes living (literally) high up while the poor live below, the poorer the lower. You might even say it’s a trademark, Bong having used a similar but horizontal, left-to-right orientation in a previous film, the train-set Snowpiercer.

Pundits called Parasite’s triumph an epochal, taboo-busting moment, though in truth it’s unlikely to lead to many Best Picture wins by non-English-language films – if only because there’s still a Foreign-Language Film (now ‘International Film’) category through which to reward them (Parasite won both, of course). What it suggests, rather, is that Hollywood’s bitty, marketing-driven approach is creating such an appetite for coherent films – films designed and governed by a single creative vision – that whether they happen to be in English (or come with the “one-inch-high barrier of subtitles”, in Bong’s phrase) becomes irrelevant. Isaiah Berlin wasn’t being prescriptive, nor was he ranking one of his two categories above the other; when it comes to films, however – and despite the many examples (Casablanca, most famously) which have triumphed while ‘pursuing many ends’ – the prescription is clear. Fewer foxes, more hedgehogs.