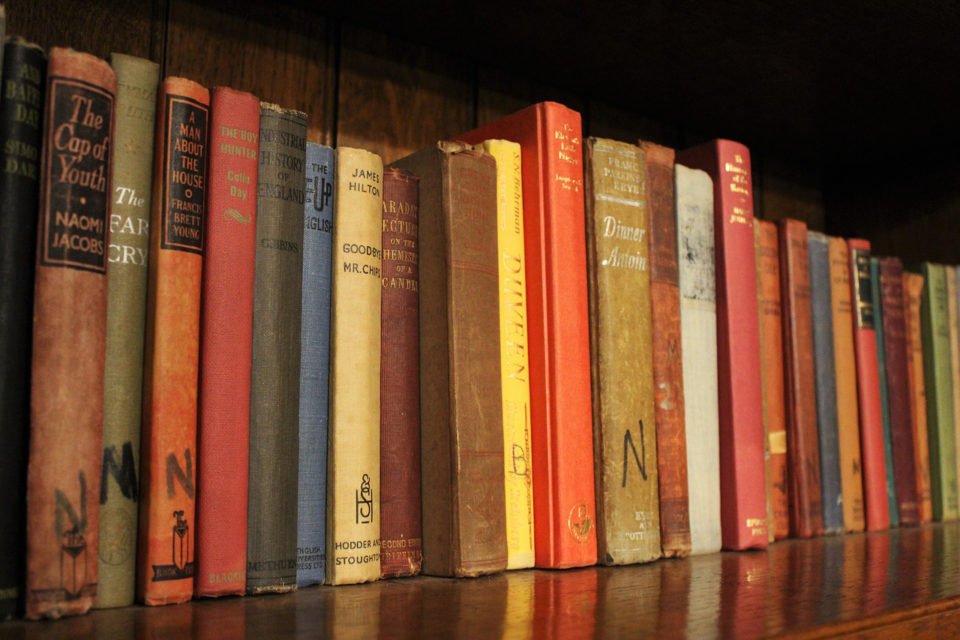 I was given a book and told it was ‘unputdownable’. By chapter three, I found it unpickupable. The writing was good but a housewife in a well-to-do suburb in the USA seeking a killer within her community just wasn’t my thing. My tastes and some of my opinions have changed with time and the occasional browse through old books arouses memories.

A friend complained of people borrowing her beloved books and not giving them back. Experience has taught me to say no, even risking offence, when the book is something special to me. I was guilt-plagued for a while looking at a well-thumbed copy of Khalil Gibran’s The Prophet loaned by an old friend who left Cyprus before I could return it to him.

I like to see bookshelves in a home I visit; it gives me the feeling of a kindred spirit. Some buy books to display; I buy to treasure. I have purchased my share of prize-winning volumes and found a number of them bored the ho hum out of me. Exceptions were John Banville’s Man Booker Prize winner (2005) The Sea and Yann Martel’s (2002) winner of the same award, The Life of Pi.

If someone asked me what my favourite book was I wouldn’t have a definite answer, I’ve read a lot and held on to some for decades. I’ve long since given up on romance, social dramas (I’ve had enough of my own) and sex stories such as Fifty Shades of Grey which, out of vulgar curiosity, I would probably have pounced on years ago. I tend towards historical novels written by people who know their stuff, Valerio Massimo Manfredi, Robert Harris and dishy Con Iggulden. The Celts, their Art and Viking arrivals in Ireland are also much-loved reading matter.

Some names bring back patches of life I’ve forgotten like the fat weight of Edgar Allen Poe’s collected Poems and Short Stories. Going through a horror movie/story phase in my teens, he scared the lights out of me. I will only open that again if I have to. A faded blue Shakespeare’s Complete Works looking like it could do with a Botox revival was given me by a well-educated friend. I could no more get into reading it stem to stern than I could with James Joyce’s Ulysses, preferring dramatised versions or radio plays of the both.

James Herriot’s short perky stories about animals were a balm when Andreas died. I would wake in the night while my grieving, confused children slept and walk the floor, trying to find a book that would ease some of those long lonely, post-midnight hours. Herriot’s descriptions of life as a Yorkshire vet made me laugh; I loved them.

John le Carre, John Steinbeck, and Yukio Mishima were all part of my reading history. The life of Mark Twain recalls the wonder of childhood adventures with Tom Sawyer and Huck Finn. One book, loaned me by a friend, that stays with me because it was unusual and beautifully written is The Golem and the Jinni by Helene Wecker. Chava is a golem made of clay brought to life by a disgraced rabbi and she is left alone on a ship headed for America. She meets Ahmad, a jinni, and a strange friendship evolves between these two opposites. It mixes Yiddish and Middle Eastern themes and its originality completely bowled me over.

Books, like films, you either merely sit through or you experience, and that experience leaves a lasting impression long after the actual lines or even full story details fade. The Life of Pi puts a young boy in a boat with a tiger he calls Richard Parker. Where can that go? What can happen? Tiger eats boy, drifts on till he dies of starvation, end of story. But Yann Martel kept bringing up surprises, the unexpected; human endurance. Hemingway’s The Old Man and the Sea. What comes of an old man fishing in a small boat far out at sea? The boat sinks; he drowns, no? No. He catches a huge fish that takes him two days to kill: human endurance. He turns for home with his prize but sharks feast on his marlin and he’s left with a skeleton. Cormac McCarthy’s The Road sees an ailing father in a ravaged landscape where savage competition for sustenance rules, pushing on towards hope somewhere far ahead and safety for his son. What can happen in that bleak setting? A lot: human endurance.

The imagination and inventiveness of fine writers is a shared gift to be held dear and passed on to children. And it’s not just the writing. It’s the impressions, the atmospheres they evoke that stay with you forever and make you want to keep that book even if you never read it again.