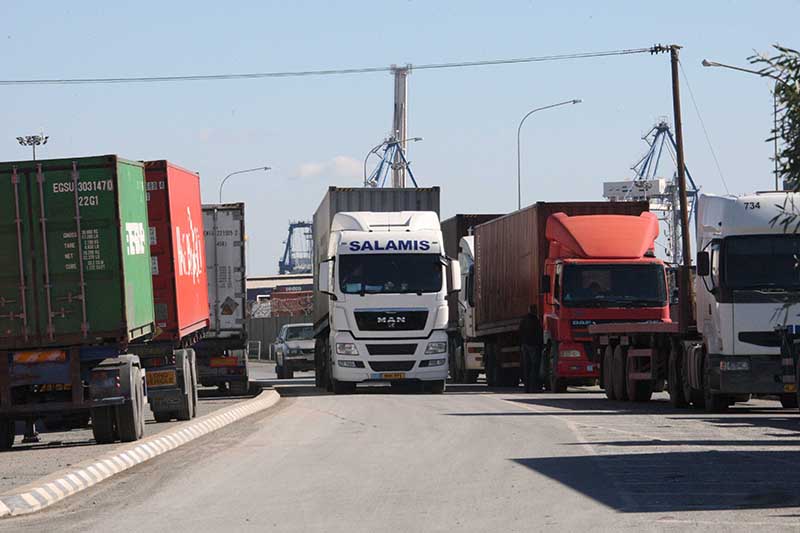 Transport Minister Yiannis Karousos and his Bulgarian, Estonian, Latvian, Polish, Lithuanian, Maltese and Romanian counterparts, met Tuesday with the EU Commission Vice President Frans Timmermans and the Commissioner for Transport, Anna Ioana Valean, to raise the issue and implications of a new rule that calls for commercial transport vehicles operating within the single market, to return to the licensing member state every eight weeks.

The provision is included in the EU mobility package, currently under negotiation. Karousos said he and his counterparts said the provision is “unacceptable to us, for two main reasons”.

The first reason, according to the minister, is that Cyprus is an island: “We had put forward our argument and explained by example that a truck which is currently licensed in Cyprus and makes a shipment to Brussels, would have to travel 3,000 kilometres to reach Athens, the port of Piraeus and then travel three more days by boat, if there is a ferry connection, to do another 625 nautical miles to reach Cyprus and then return again, driver and vehicle, to the EU to continue operating,” he said.

“This essentially excludes us from the single market and we have also raised our concern that this may work as a Trojan horse for other issues such as services”.

He said the second issue he raised was that this practice was not in line with the environmental objectives set by the EU as the environmental impact would increase. “Both the Commissioner and the Vice-President have announced that they are conducting an impact study where, depending on the outcome, if we are justified, our concerns will be taken accordingly,” he said.

“If we do not succeed in changing this, that is to say, the vehicles will be obliged to return every eight weeks to their country base, then we have discussed with the other transport ministers about legal measures that we must submit to the European Court,” Karousos said.

In the letter, obtained by CNA, the Minister of Transport and his colleagues said the provision limits the geographical area of operations for road transport undertakings to the vicinity of the member state of establishment.

“National studies show that the return of the vehicles will result in additional empty runs and, by extension, in extra CO2 emissions from the road transport sector per year,” it said.