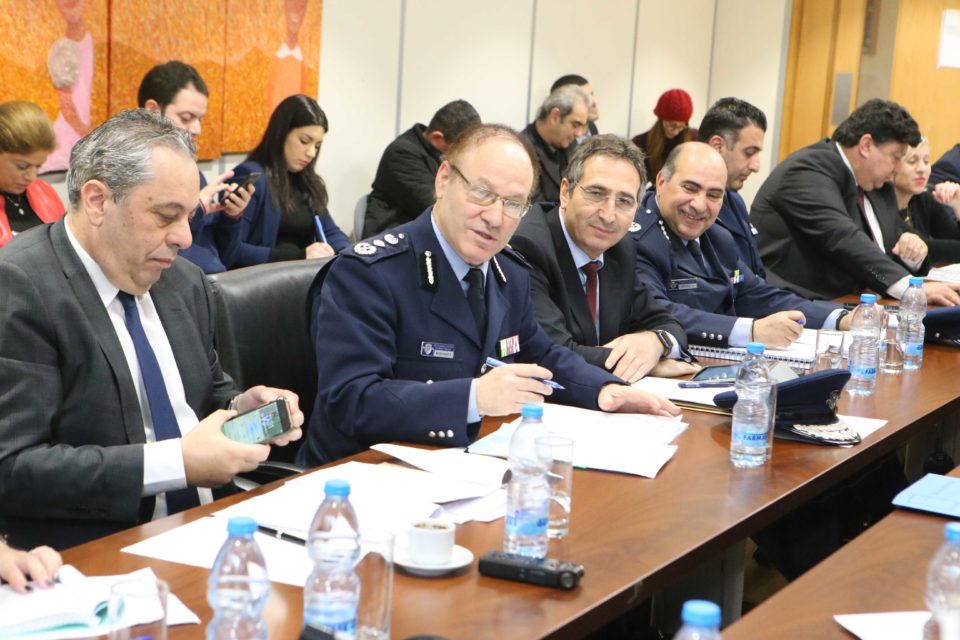 Police said Wednesday a case relating to explosive claims of match-fixing in the Cypriot first division reported by a Spanish news outlet had been forwarded to the attorney-general who would have to decide on how to proceed.

“This case is at the Legal Service. An urgent meeting has been requested to see how we proceed,” police chief Kypros Michaelides told MPs during discussion of the matter at the House ethics committee.

Police have been under fire since the story broke on Monday after it transpired that it took them some 10 months to make a move.

Spanish news website El Confidencial reported that four match fixtures in Cyprus between 2017 and 2018 were linked with a match-fixing ring in Spain.

The link is believed to be Spaniard Jorge Larena, a footballer at AEK Larnaca between 2014 and 2019.

These concern the first game of the semifinal for the Cup between AEK and Apoel on April 18, 2018 which ended 2-0, a league match four days later between the same teams with AEK as the home team which ended 1-3, the second semifinal for the Cup against Apoel as the home team on April 25, 2018 where the score was 1-2 and the Cup final between AEK and Apollon on May 16, 2018 where the Larnaca team won 2-1.

The information arrived in Spain before the matches, the report said. It added that it is estimated to have won the ring at least €840,000 along with the Spanish matches fixed by the same network.

The police chief denied that the force had dragged its feet in the case.

“The attorney-general and his staff are abroad, and we are waiting for their return so that we are given instructions on how to investigate the case further,” Michaelides said.

He conceded, however, that the justice minister had been left in the dark over the case. Despite the recent uproar surrounding match-fixing, Giorgos Savvides said he found out about the particular case through the media on Monday.

Committee chairman Zaharias Zahariou censured the police over their failure to brief the minister on the matter.

“You cannot have the president convening a meeting at the presidential palace on corruption (and) the minister handling these issues not being informed. This was a foul,” Zahariou said.

The match-fixing issue re-emerged recently after the football association (CFA) revealed that it had received several notices of suspicious betting activity from European governing body Uefa.

At about the same time, one of the island’s biggest clubs, Omonia, publicly charged that titles in Cyprus could be bought. The claims were made by chairman Stavros Papastavrou who later refused to provide authorities with evidence due to lack of trust. The club said it would hand over all the information to Uefa and has offered a monetary reward in exchange for information.

Amid the tumult, police have arrested a second division club chairman and a referee in connection with rigging a game.

Ayia Napa chairman Demetris Masias, 39, and Andreas Constantinou, 33, were detained earlier this month on suspicion of rigging the second division fixture between Othellos and Ayia Napa that took place on February 8.

Masias is also a player manager and a former top-flight referee.

The case is expected to be submitted to court on Thursday.

“We have already investigated, and we are ready to submit one case to court tomorrow hoping it would have a positive outcome and the necessary messages are given to those trying to manipulate any games,” the police chief said.

The Uefa notices were but a few received by the CFA and forwarded to police in the past nine years.

Michaelides said 62 of the notices were archived after the authorities were unable to put together a case against anyone.

The remaining 23 were still under investigation.

Michaelides said there was nothing in the notices that substantiated any claims.

Even in the cases where there was high betting activity, the result did not show if there really had been manipulation.

The chief said most of the betting companies were in Asia and they had refused to provide assistance to Cypriot authorities.

In the cases where authorities summoned club officials and players who could be of assistance, none were willing to help, Michaelides said.