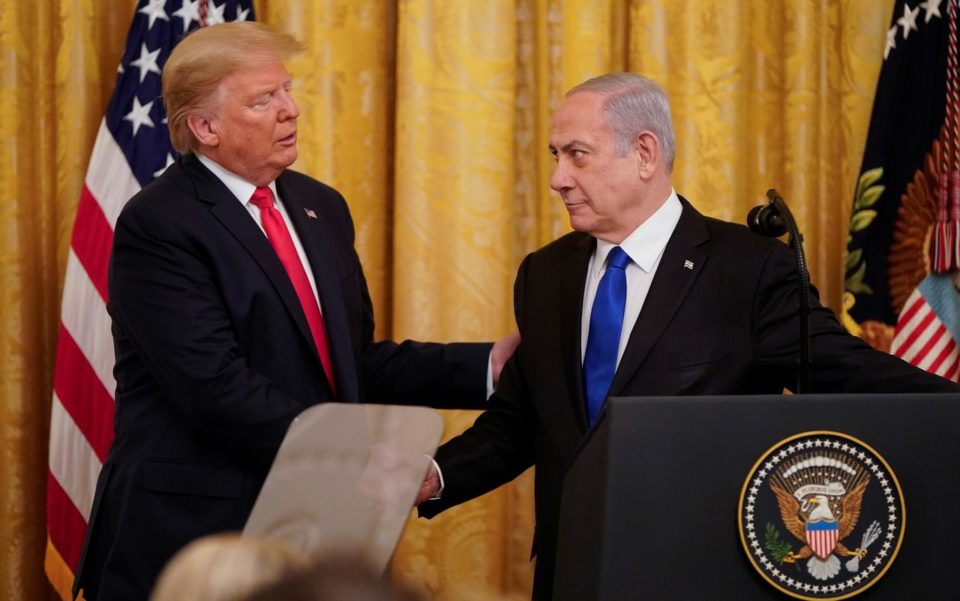 I READ with regret the negative reactions, including from particular political circles in Cyprus, regarding President Donald Trump’s Middle East Peace Plan. Unfortunately, it seems that some of these reactions are almost automatically dismissive, without considering today’s realities in our wider region and without giving a chance for a possible change.

The willingness to embrace new opportunities, while not ignoring the serious existing threats, is at the heart of creating a new vision.

Israel and Cyprus are  two democratic countries  facing major challenges. It is our shared interest to make every effort to offer our peoples a better future. For this purpose, our two  countries have  been working, in the last  few  years, to build bilateral ties,  the trilateral with Greece   as  well as  to   develop new   ideas   for  cooperation with the United  States, with  like-minded  European countries and with  Arab countries in our shared neighborhood. The cooperation between our countries strives to cement a pillar of stability, security and prosperity.

In this regard, the American proposal provides an important opportunity. It opens the way to move forward to a significant Israeli­ Palestinian political dialogue that will benefit us all. It conveys an understanding that we should try a fresh approach.

We hope very much that a change of mindset will put an end to the consistent historical refusal of Palestinians to negotiate and to recognise Israel as the national homeland of the Jewish people. Throughout its history, since its independence in 1948, Israel has had to protect itself against aggression. The refusal to truly recognise its right to exist in peace and security is the root cause of this aggression. It is time for Palestinian leaders, in particular the President of the Palestinian Authority Mahmoud Abbas, to cease their efforts to undermine the state of Israel on the expense of the real interests and the welfare of their own people.

A major common interest is to safeguard security. Therefore, the plan presented in the White House in Washington at the end of January 2020, has a special significance in terms of future security.  It relates to major core issues, first and foremost outlining borders which will ensure Israel’s right to defend itself. This is especially clear in the Jordan Valley, a region crucial to safeguard the security of Israel.

Another fundamental point is the necessity to disarm the extreme Hamas organisation and other terror groups, who today use the Gaza strip as a launching ground for missiles and rockets against the Israeli population, while using Palestinian civilians as human shields.

It is important to emphasise that the big political parties in Israel support this plan.  If only the Palestinian leaders will change course, the proposed plan can also open new horizons to those Palestinians who seek to build their future.

Many countries – including major Arab countries in the region – are looking positively at the prospects that are at our doorstep. This has been demonstrated by the presence of several Ambassadors from Arab Gulf countries, at the launching of the United States initiative. Creating synergies to develop common opportunities is important to answer the aspirations of the people throughout the Middle East and beyond. Israel and Cyprus can jointly contribute to make this dream a reality.

Israel has always sought peace and was willing to suffer painful sacrifices to achieve it. This was demonstrated in the Peace Treaties signed with Egypt and Jordan, which entailed significant compromises.

Statements by the International community and by European leaders should send a clear message that the Palestinians should not miss another opportunity. It is time now to say to Palestinian leaders to move forward. To stop the anti-Israeli incitement, the violence and terrorism. To put an end to their historic refusal to recognise the state of Israel’s right to exist in security. To embrace the American initiative and to engage in a genuine process that will lead to peace, for the benefit of Israelis and Palestinians and of our whole region.

Sammy Revel is the Ambassador of Israel in Cyprus