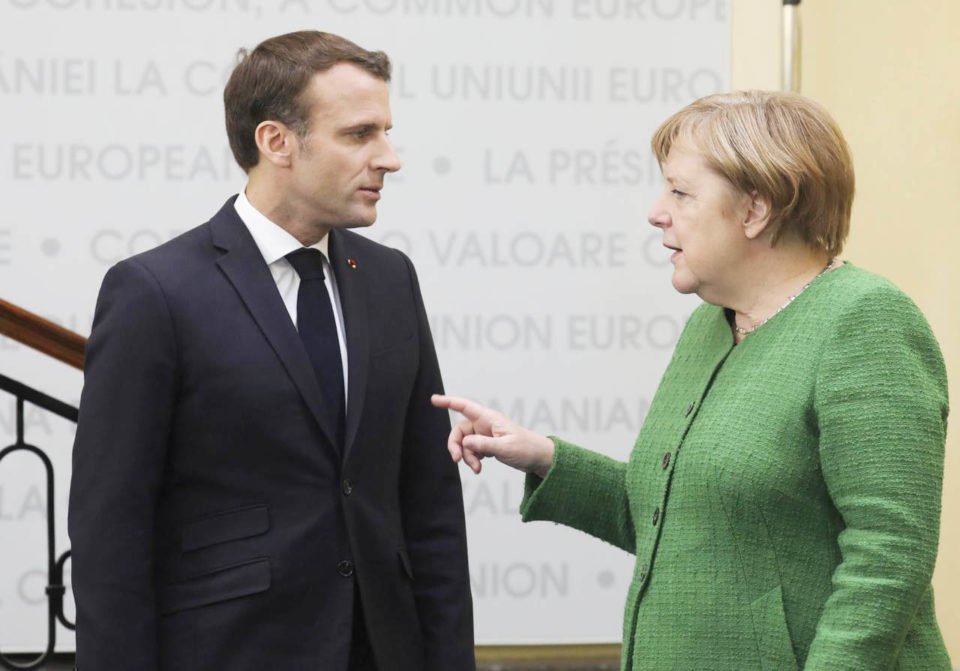 European Union leaders began talks on Thursday on a joint 2021-27 budget that will need to fill a €75bn hole left by Britain’s departure just as they face costly climate and other challenges.

The joint budget is the most tangible expression of the main topics EU states want to focus on over the next seven years and their willingness to stump up cash for them, but divisions were evident even before the two days of talks got going.

The 27-member bloc wants to spend more on climate, migration, digitalisation and security but net contributors refuse to pay more, and beneficiaries want to retain the support they get for farming and development.

“I hope that we make sizeable progress… It’s a complicated task and certainly big differences have to be overcome,” German Chancellor Angela Merkel told reporters on entering the talks.

The starting point for discussions on the size of the budget is 1.074 per cent of the bloc’s gross national income (GNI) or €1.09 trillion .

While only a fraction of member states’ national budgets, it is still seen as far too much by some and far too little by others, making it more likely that leaders will move closer to an agreement over the next two days rather than clinch a full deal.

“It would be unacceptable to have a Europe that compensates for the departure of the British by reducing its own means,” French President Emmanuel Macron said. “I will take the time needed to reach an ambitious agreement. This could take several hours, several nights, several days.”

The talks expose differing priorities of countries in the north and south, the east and west, and the more developed and less advanced economies.

“A third (of the budget) is still for agriculture, a third for cohesion. I cannot sign up to this proposal. The proposal is simply not good,” said Dutch Prime Minister Mark Rutte, whose country is one of the net contributors that want to limit the overall size of the budget to 1.0 per cent of GNI.

To emphasise that his position is final, Rutte said he brought along a biography of composer Frederic Chopin that he planned to read at the summit as he had nothing to negotiate.

But those who want to preserve the status quo were equally adamant.

“New areas of spending, like research or migration, defence or innovation are important policy areas, but they cannot be at the expense of cohesion and the common agriculture policy,” said Polish Prime Minister Mateusz Morawiecki.

The EU budget gets money from customs duties on goods entering its single market, a cut of sales tax, antitrust fines imposed by the EU on companies, and from national contributions.

The Netherlands, Austria, Sweden and Denmark want to limit the budget to 1.00 per cent of GNI. Germany, the biggest contributor, is prepared to accept a bit more, but 1.07 per cent is too high for Berlin.

The European Commission, the bloc’s executive arm, wants 1.1 per cent and the European Parliament pushes for 1.3 per cent.

“It is very clear member states are far apart. We are fine with being net payers, but we cannot accept a dramatic increase in our fees — that is out of the question,” Swedish Prime Minister Stefan Lofven told reporters.

To help fill the Brexit gap, the Commission has also proposed scrapping rebates on budget contributions that many of the net payers now enjoy. But the net payers refuse to accept an end to the rebates.

The bloc is also looking for new sources of revenue, but the leaders are split on a proposed tax on plastic waste or sharing profits from carbon emissions trade.

Officials warn that without a deal by the end of the year, the bloc will have to freeze most of its projects from 2021.

Decision for new quarry put on hold after backlash