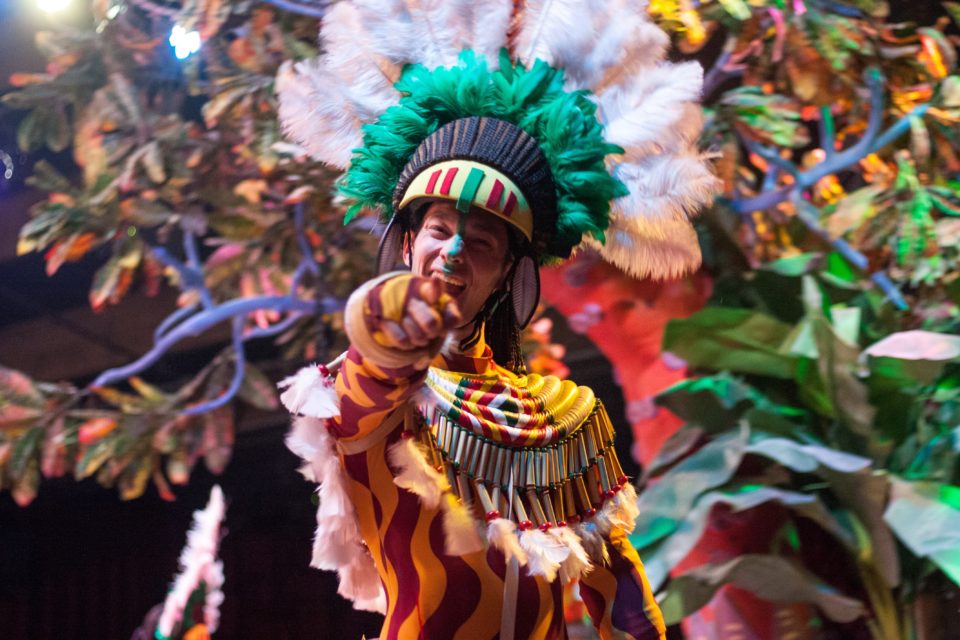 With Stinky Thursday (or Tsiknopempti) gone, the carnival season is officially upon us. Dozens of masquerade parties are about to take over the island’s nightlife scene blasting Latin and other sounds from every corner. Nearly every bar hosts an annual carnival party and this year’s choice is bigger than we can handle.

Here are some of your options for the days that follow:

Paphos has already started its carnival celebrations and welcomed its carnival King and Queen on Thursday with live music and dancing. On February 28 Chakra Art Gallery is hosting a Latin Rhythm Pre-Carnival Party. From 7.30pm onwards Salsa, Afro-Cuban, Rumba, Boogaloo and Samba tunes will sound at the gallery but it won’t just be a party.

A dance class and performance will take place led by George Pillas as well as a live percussions set by Odysseas Kyriacou. For everything else, DJ Aphrodite is in charge. All of that for €15 which includes three drinks. Space is limited at the gallery so interested party-goers are to contact them to put their names on the guestlist.

The following day, Phoenix Social Club will add to the carnival mood with a party in aid of the Friends Hospice Charity. The event, €8 for club members and €10 for non-members, begins at 7pm and includes a ‘best costume’ competition, a raffle, food and drinks.

Larnaca is saving most of its carnival festivities for next week. A Retro Carnival Party is how Avalon Stage is celebrating on February 28. Organised by Edon Larnaca, the party begins at 10pm and will go on until 2am. Reservations are being made already. Those interested can contact 99-147148.

On the following day, Attraction Club is hosting its own Cuban-themed fiesta. Along with music from the decks of DJ L3X, live Cuban music will sound at the club from musicians Pedro Son Caliente and New Generasion. Doors open at 10pm. Call 24-254404 for reservations.

Earlier on in the day, Finikoudes Avenue will fill with floats and masquerade costumes as the Larnaca Municipality organises a carnival parade from 4.30pm onwards. For a taste of something wilder though and well into the night, head to Savino Live on Sunday March 1.

A Crazy Carnival Party will see the music venuehost an extra festive party with tunes played by DJ Raffi G starting from 10.30pm. Entrance is €15 and includes two drinks.

Numerous bars in the capital are adding to the island’s carnival vibe and Aglantzia municipality is organising three days of events. Tonight there’s a throwback party with music from the 90s and 00s at the Carnival Tent on Kyrenia Avenue. But that’s not all, a stand-up comedy show is on the agenda by Elias Andreou.

Tomorrow night, the guys behind the epic Nostalgia Parties are teaming up again with the municipality for the ultimate carnival party in Nicosia (also on at the Carnival Tent). Nostalgia Parties has planned another night of 70s and 80s disco with DJ Claudio and DJ Marco on the decks. Food and drinks will be available on the premises and the fun begins at 8pm.

Also on tomorrow is a carnival-themed concert/party at RED. Music Stage. Singer Elena Solea along with the Choir of Dreams and its orchestra are creating a jolly 80s carnival party on Saturday. Greek carnival songs are on the repertoire along with dance songs from Italy, Spain, the UK and the USA in a total Latin mood.

Popular party organiser Plintirio is holding a carnival edition on February 28 at State Club. This one is for a younger nocturnal crowd as the club doors open at 11.30pm and the party goes on until dawn.

Holding the carnival throne, Limassol will be an explosive hub of fiestas and masquerade events until the end of the month. Truth be told, you may not even need to note down any special events, per say, happening around town, as a simple walk down Saripolou and its environs will put anyone in a carnival mood as all of the bars of the area will be celebrating.

Nonetheless, we’ve found some parties that caught our eye.

If you are an avid watcher of the hit series Peaky Blinders then tonight’s party at 7Seas is for you. Taking its carnival event a step further, 7Seas is holding a themed party inviting all to dress up as their favourite Peaky Blinders characters with lapel overcoats, button waistcoats, silk scarves and bell-bottom trousers.

It’s going to be a late night with the party starting at 11pm with DJ El Gato and DJ Mike blasting the tunes. At the door tickets are €10 but you can also book by calling 25-278000.

If you want to party in proper carnival fashion, with sounds reminiscing Rio, well-known Percussion Band Batukinio are creating an Afro-Brazilian atmosphere at Mason Bar on February 26 with their live set, certain to get everyone moving. From 9pm onwards samba reggae and samba batucada sounds will take over the bar in a totally immersive, free show.

The Mitella Carnival Street Party, co-organised by five bars and event organisers who have shown they know how to bring down the roof (the Mitella team, Nostalgia Parties, Da Vinci, Barbacoa BBQ and Sto Dromo) is taking place on Saturday 29.

In a 70s,80s,90s and 00s theme brought by DJs Claudio and Marco, the party is expected to gather a big crowd. Food and drinks options will be available as well (what party would it be without them?) and from 8pm onwards another one of Limassol’s streets will ooze carnival vibes. 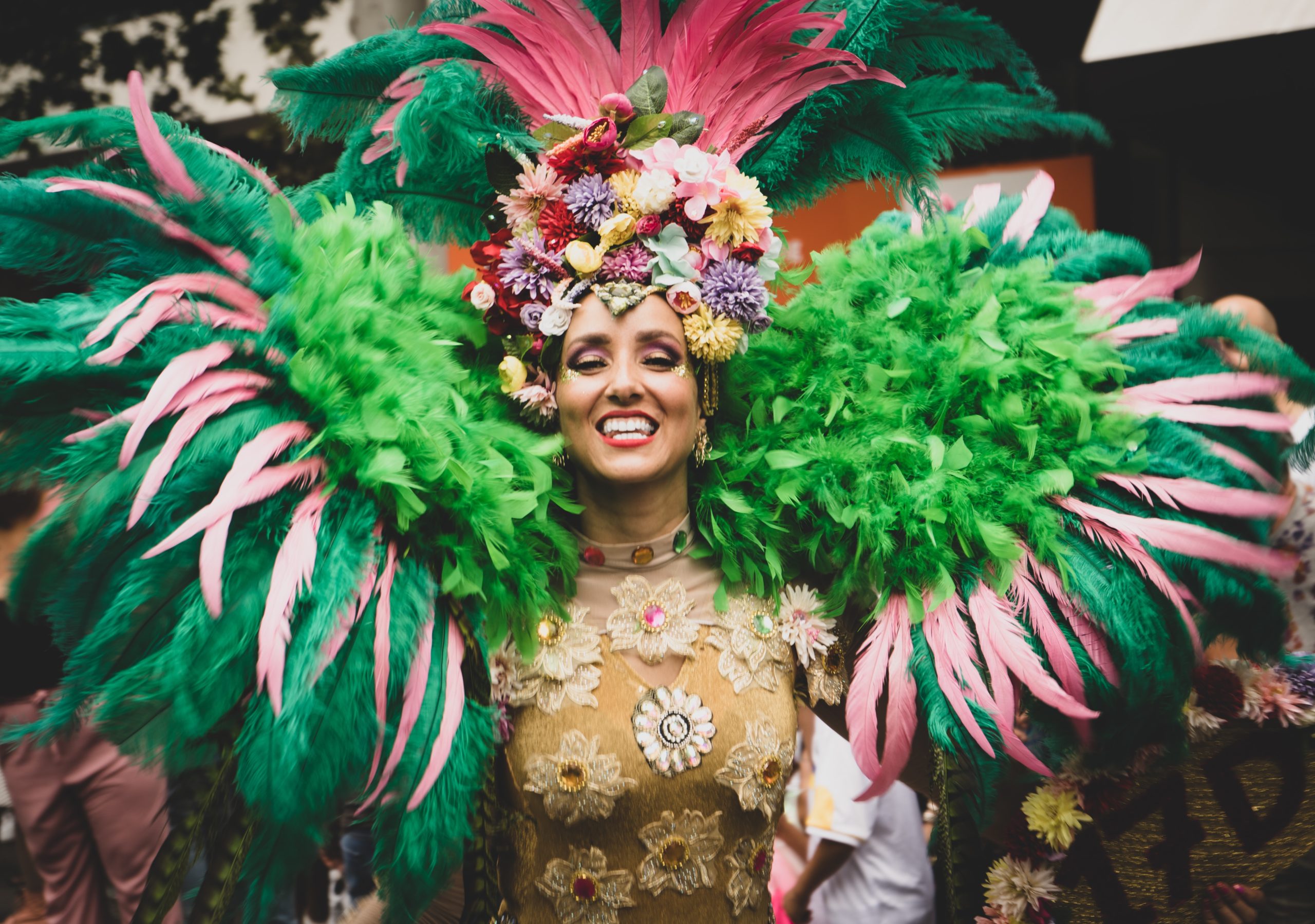 Performance by Elena Soleo, The Choir of Dreams and an orchestra in an 80s carnival mood. February 22. RED. Music Stage, Nicosia