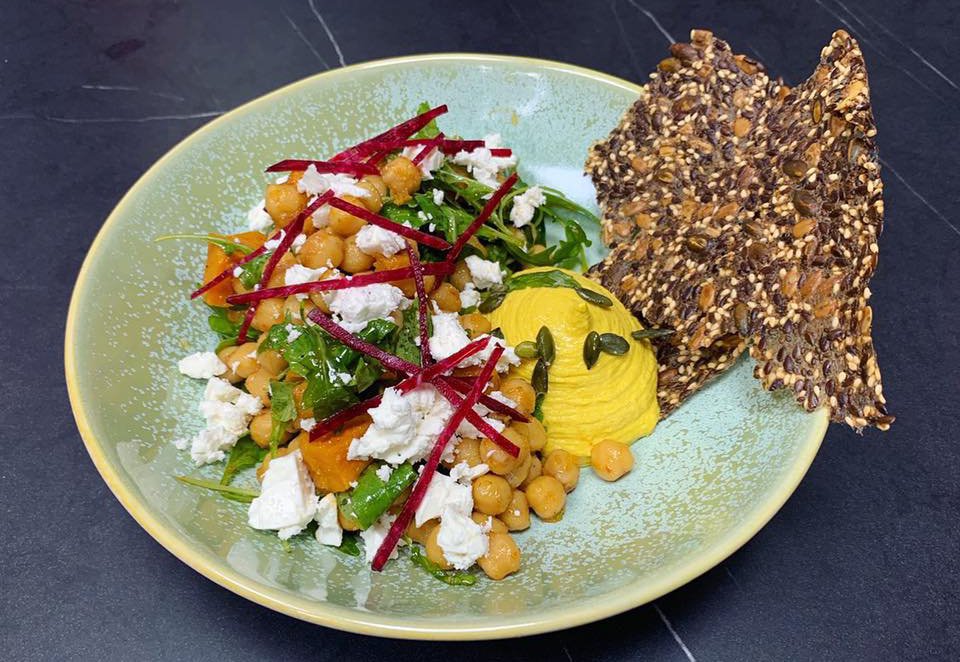 Once again our ‘man about town’ suggested we try this establishment; ‘they have lobster ravioli’ said he, which surprised me; I was expecting ostrich or bush-meat. Ivory suggested something thick-skinned; I was intrigued.

The restaurant is on Iasonos Street, brightly lit, and very warm, which was most appreciated on a cold Tuesday night. There are 150 covers inside and out, the tables are well spaced and arranged to accommodate couples or quite large parties. Our charming waitress, Eleftheria, is from Greece, as are so many restaurant staff in the capital these days, and she delivers the menu that emphasises that Ivory is an ‘All Day Concept’. According to the blurb it is ‘Joyful and lush by day, and dazzlingly sexy by night’ with ‘lucent lighting & vibrant music’. The management is clearly unaware of the odium in which the term Ivory is held in the civilized world – they claim: ‘Ivory is the picture of trendy sophistication’ which obviously explains the plastic replica elephant tusks hanging from the ceiling. Now to the food. 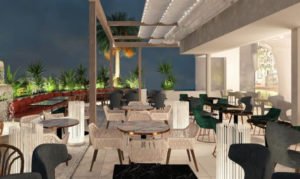 There are five salads including a crab and samphire (I don’t think they meant sapphire), chickpeas and pumpkin, but the companion settles on the beets and goat cheese, which boast beets of various colours, basil, almonds, radish and a sherry vinaigrette. I avoid the healthy salads and choose from the starter card that offers an excellent choice: lentil and sweet potato soup, sea bass tartar; beef tartar; tuna, octopus and various mushroom dishes, but for me, it is the prawn and lobster ravioli; the pasta is made in the kitchen and steeped in sepia. We order a bottle of Petritis Kyperounda which arrives with a basket of nutty hot bread and a bowl of hummus with turmeric and toasted pumpkin seeds. Within minutes the companion has her salad which is enormous, she is taken aback by the quantity, yet nevertheless, she does it justice. I tried a sample and it was as good as it could be. Twenty minutes later I am still awaiting my ravioli, and just as I am about to get hissy, it arrives. Absolutely perfect. But not the music.

We have ordered our main courses from a list of ten dishes including a vegan spaghetti. Two beef offers, a fillet and a rib-eye tagliata; these main courses are distinguished by the accompanying vegetables: Jerusalem artichokes; celeriac; truffles, parsnips and when did you last encounter caviar champagne sauce? The Italian companion cannot resist the Angus fillet with which she orders a glass of local red; the plate contains an artichoke puree, creamed potatoes, truffles, broccoli spinach and green peppercorn sauce; but the acme of culinary delight was the sight of two fillets grilled to perfection i.e. rare. From among the bass fillet, slow cooked pork, prawn and lobster spaghetti and risotto I spot a grouper fillet. It is sautéed with ouzo and mushrooms, parsley, prawn sauce and lemon zest. It is obvious Andreas the chef has a very light touch with marine creatures, I love grouper, but it is rarely seen, and when it is, the kitchen murders it. But not here. Bravo Andreas.

The sweets are dangerous; the diner could overdose. I had to eat the orange pie and the companion’s lemon tart ice cream. Alas.

Now, the music is reaching migraine inducing levels. It is what one expects from a crack house in Hoxton. Definitely not ‘the picture of trendy sophistication’ we are led to expect from Ivory.

Floros, the young partner, vigorously defended his choice of music, and assured me no-one else complained.

The food was perfect. Ivory opens for breakfast, lunch, brunch and dinner.

HOW MUCH Not cheap but justified